Ukrainian soldiers and Moscow-backed separatists on Monday (4 November) failed to begin the last phase of a troop pullback in the war-torn eastern Ukraine, delaying a high-stakes summit with Russia.

The long-awaited move is a precondition for the first face-to-face talks between Russian President Vladimir Putin and Ukrainian leader Volodymyr Zelenskiy.

The summit will be mediated by French President Emmanuel Macron and Germany Chancellor Angela Merkel (the so-called Normandy format). 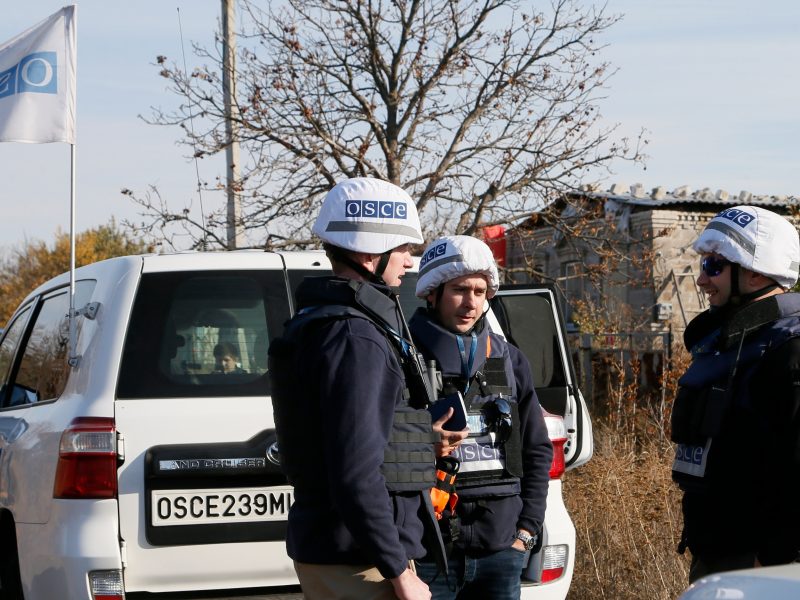 Last week the enemies completed a long-stalled withdrawal of forces in Zolote in the Lugansk region. They had been scheduled to begin a similar troop pullback in the village of Petrivske in the Donetsk region on Monday.

But the government in Kyiv said it could not proceed with the plans due to ceasefire violations by Kremlin-backed separatists.

“We had to postpone this withdrawal,” Ukrainian Foreign Minister Vadym Prystaiko told reporters in Kyiv.

The separatists have to observe a seven-day period in which there are no ceasefire violations before the troop withdrawal can begin, he added.

“As soon as this period is respected we will be ready for the next phase of the disengagement,” he added.

Last week monitors from the Organization for Security and Cooperation in Europe (OSCE) recorded ceasefire violations near Petrivske.

A representative of the separatist authorities, Ruslan Yakubov, accused Kyiv of sabotaging the agreements.

Since coming to power in May, comedian-turned-president Zelenskiy has sought to revive a peace process to end a separatist conflict in eastern Ukraine that has claimed some 13,000 lives since 2014.

But those efforts have stalled as Zelenskiy’s peace plan including the troop pullback has been strongly criticised by many in Kyiv, especially war veterans and nationalists.