The Border Guard Service said that the militias have also turned back 29 individuals of the 429 let through by the Ukrainian forces to the so-called ‘grey zone’ between the checkpoints, some of them with permanent residence in the war-torn eastern territories.

Ukraine has taken the decision to restrict the movement of persons across the frontline in a bid to fight the spread of coronavirus but said that in exceptional circumstances the commander can let individuals pass.

“It is crucial that Russia and the armed formations that it backs allow the OSCE [mission], UN agencies, non-governmental organisations and the International Committee of the Red Cross freedom of movement across the contact line,” said European Commission spokesperson Peter Stano.

Ukraine: Access for @OSCE SMM @UN @ICRC to areas not under control of 🇺🇦 govt in #Donbas & freedom of movement across contact line must be allowed in line w/#Minsk. Russia must not endanger good spirit of recent developments with new restrictions. https://t.co/yzcyjGAKGV

The monitoring mission’s unhindered access “is essential for providing reliable information on the developments on the ground, as envisaged in the Minsk agreements, and enabling the implementation of its mandate throughout the country,” he added.

The monitoring mission has already adapted its activities in response to the COVID-19 pandemic.

When contacted by EURACTIV, the mission’s chief press officer, Dragana Nikolic-Solomon said in light of the coronavirus the monitoring mission “is taking all necessary measures and precautions to minimise risks, … while also ensuring continuity of the implementation of its mandate, including through increased use of its means of remote observation.”

Stano said that “important developments have recently taken place in the Trilateral Contact Group” that brings together representatives from Ukraine, Russia, and the OSCE, “such as discussions on the exchange of detainees and defining new disengagement areas.”

“Russia must not endanger this constructive spirit by creating new restrictions,” he added.

Due to the ongoing pandemic, the group is holding its meetings through video conferences, with the next meeting scheduled for Wednesday, the Ukrainian state news agency, Ukrinform reported.

The conflict in eastern Ukraine has killed more than 13,000 people since 2014 and became the main cause of the schism between the EU and Russia.

At the end of 2019, Ukraine and Russia-backed separatists in the country’s war-torn east exchanged 200 prisoners in a controversial swap. 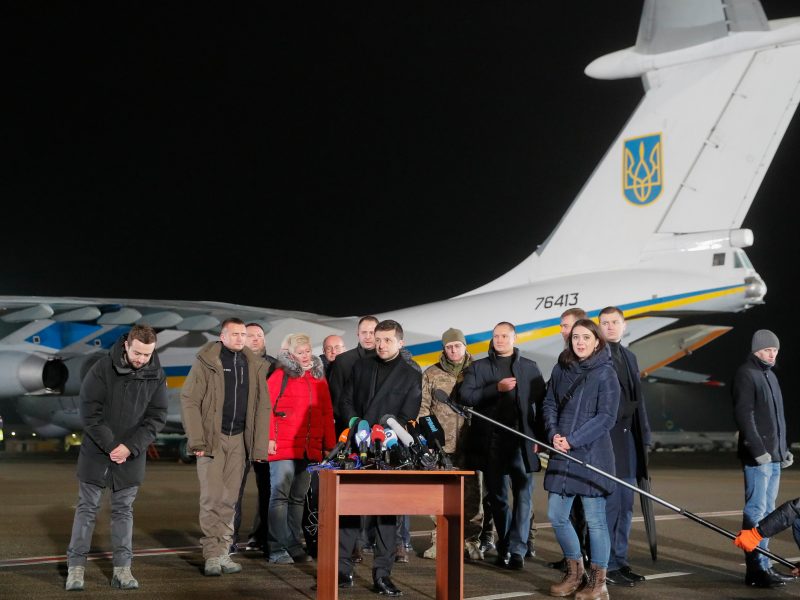 Ukraine and Russia-backed separatists in the country’s war-torn east exchanged 200 prisoners on Sunday, swapping detained fighters for civilians and servicemen held captive in some cases for years in two breakaway regions.

However, the pulling back of troops and implementation of the ceasefire agreement agreed at the four-way Normandy meeting in Paris last December between Ukraine, Russia, Germany and France have yet to materialise.