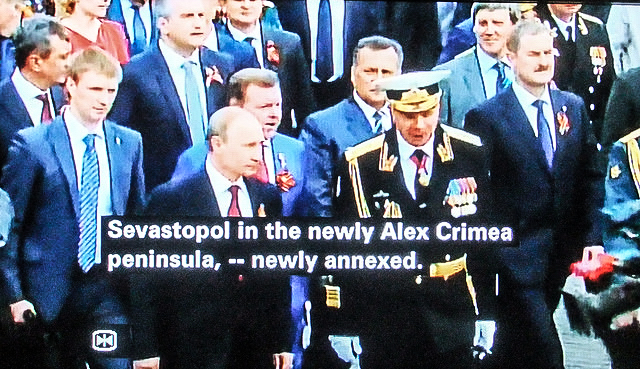 European Union governments agreed today (17 June) to extend economic sanctions on Russia over its actions in Ukraine by six months until 31 January, diplomats said, maintaining unity in the West’s tough stance towards Moscow.

The six-month extension was agreed by ambassadors from the 28 EU nations meeting in Brussels.

Ratification of the decision by EU foreign ministers meeting in Luxembourg on Monday is expected to be a formality. The procedure means there will be no formal motion on Russia at an EU leaders’ summit in Brussels at the end of next week.

Russian media quoted Finance Minister Anton Siluanov as saying that Moscow had already taken an extension of the measures into account in its economic planning.

The sanctions on Russia’s energy, defence and financial sectors, originally imposed in July 2014 for one year, were the EU’s toughest response to Moscow’s annexation of Ukraine’s Crimea region and what the EU said was Russia’s support for separatists in eastern Ukraine.

Russia responded by banning imports of most food from the West. The United States has also imposed sanctions on Moscow.

The extension of EU measures comes amid renewed fighting between pro-Russian separatists and Ukrainian troops in eastern Ukraine, in violation of February’s Minsk ceasefire agreement, and as Russia and the West again step up recriminations.

It maintains Western unity on sanctions towards Russia despite the reservations that some EU members openly express about the wisdom of imposing sanctions on the bloc’s major energy supplier.

The Group of Seven leaders meeting in Germany last week said they could step up sanctions against Moscow if violence in Ukraine escalated. US officials said before that meeting that President Barack Obama would urge EU leaders to maintain sanctions on Russia.

EU leaders agreed in March that economic sanctions imposed on Russia would stay in place until a Ukraine peace deal was fully implemented.

That effectively extended sanctions until the end of the year, because the Minsk agreement sets a year-end deadline for Kyiv to recover full control over its border.

However, EU governments still had to take a formal decision to renew the economic sanctions.

Extending the sanctions until the end of January allows time for EU leaders to assess at their year-end summit in December as to whether the terms of the Minsk agreement have been met.