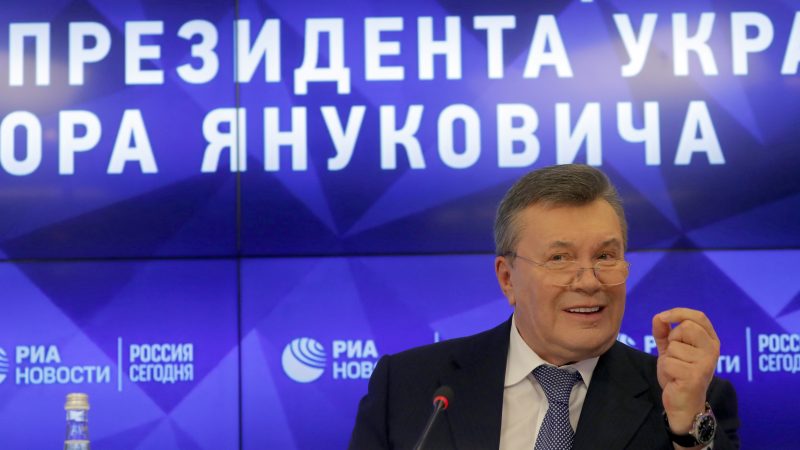 The EU said Wednesday (9 June) that Ukraine’s former president Viktor Yanukovych and his son remain subject to asset freezes despite a court annulling an earlier decision to renew the sanctions.

Yanukovych — and his son Oleksandr — have been targeted by the EU since 2014 for embezzling state funds just before he was thrown out of power by mass protests.

The bloc’s General Court ruled Wednesday that the EU had failed to provide proper justification for prolonging the measures in 2019.

But a spokesman for the bloc said that the pair “remain subject of EU restrictive measures” because the sanctions were extended again earlier this year using a different legal justification.

“The Ukrainian misappropriation sanctions regime is in place until March 6, 2022 and subject to review every year,” EU spokesman Peter Stano said.

Yanukovych set off massive protests when he ditched an association accord with the EU, and then fled to Russia in early 2014 after a bloody crackdown in Kiev failed to quell the demonstrations.

The crisis sparked a standoff between Russia and the West after Moscow annexed the Crimea peninsula and was accused of fuelling a war in the east of Ukraine has killed more than 13,000 people.