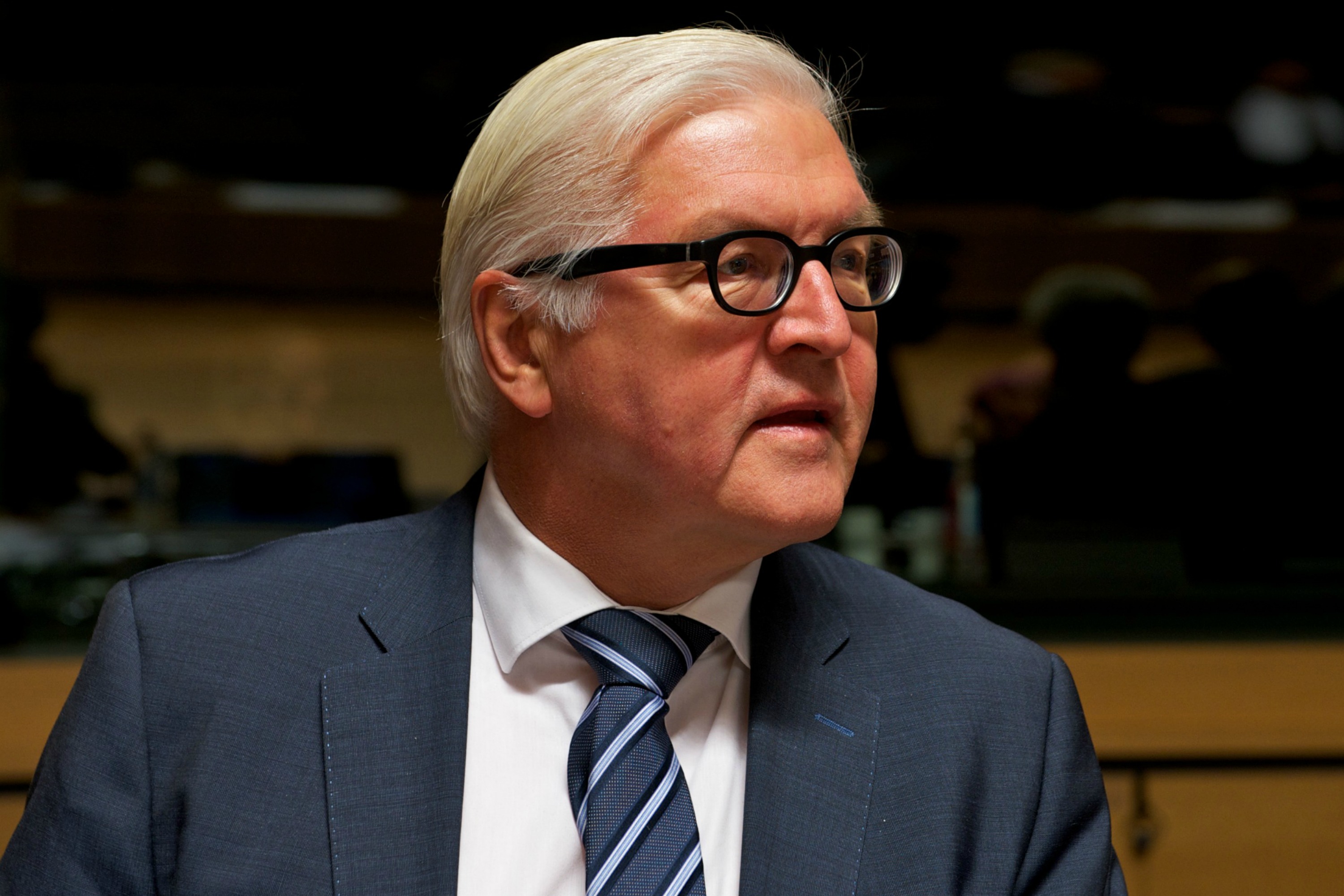 Frank-Walter Steinmeier: "There appeared to have been less repression." [European Council]

The European Union agreed on Monday (12 October) to suspend sanctions against the regime of Belarussian strongman Alexander Lukashenko after he won a fifth term as president, even though observers said the poll was flawed.

Once dubbed “Europe’s last dictator” by Washington, Lukashenko, 61, won a fifth consecutive term on Sunday (11 October), picking up 83.5% of the vote, according to official figures.

EU foreign ministers have agreed to suspend sanctions for four months after the elections passed off without incident, France’s Secretary of State for European Affairs, Harlem Desir, told reporters, adding that they could be “reinstated immediately” if need be.

German Foreign Minister Frank-Walter Steinmeier said there appeared to have been less repression than in past elections, and the EU’s foreign affairs chief pledged to work with Belarus to improve the electoral framework before parliamentary polls next year.

But Washington voiced disappointment, saying the ballot fell “significantly short” of the country’s commitment to free and fair polls.

And observers from the Organization for Security and Cooperation in Europe (OSCE) said earlier on Monday that the ballot’s integrity had been undermined by “significant problems”, especially during the counting of the votes.

“It is clear that Belarus still has a long way to go towards fulfilling its democratic commitments,” said Kent Harstedt, head of the OSCE mission.

Current EU sanctions imposed for rights abuses include travel bans and asset freezes against Lukashenko and around 170 other individuals and 14 groups, some reaching back more than a decade.

Ahead of the vote, EU diplomats had said Brussels was ready to reconsider the sanctions, which are set to expire on 31 October, provided the polls passed off in an “acceptable climate”.

In the capital Minsk, the streets were calm Monday evening after Lukashenko warned the opposition against staging protests over his reelection.

The shrewd president has raised his standing with the EU by seeking to distance his ex-Soviet nation from Russia, which props up Lukashenko’s regime financially.

Russia has been wary of Lukashenko’s attempts at rapprochement with the West, and last month President Vladimir Putin reiterated his interest in setting up an airbase in Belarus.

Putin, whose already difficult ties with the West have been further complicated by the air strikes, congratulated Lukashenko in a phone call Monday and expressed readiness to ramp up ties.

The two are expected to discuss the airbase at a meeting in Kazakhstan this week.

While pilloried by rights defenders, Belarus’s mustachioed leader of 21 years enjoys a degree of popular support for his folksy, outspoken style and his regime’s durability.

Lukashenko is believed to be grooming his 11-year-old son Kolya as his successor. In an attempt to assuage Western criticism, he released six jailed opposition leaders ahead of the election. He also won some praise for hosting Ukraine peace talks earlier this year.

>>Read: Nobel Prize in literature goes to journalist from Belarus

Leaders of the embattled opposition had urged Brussels not to lift sanctions and warned they would not recognise the results of the poll, pointing to what they said was widespread fraud.

“If they are together with this murderer, this criminal, then democracy is just words,” said Mikola Statkevich, who was among those released from jail ahead of the vote.

Independent Belarussian observers also slammed the polls, saying a record 36% of the voters had cast their ballots during early voting.

In power since 1994, Lukashenko unleashed a crackdown on the opposition after thousands took to the streets to protest his disputed re-election in December 2010.

The result is the highest ever for Lukashenko, whose government worked hard to ensure an official turnout of over 87%.

“Lukashenko won, but mass protests and arrests of the opposition did not take place this time,” Alexander Klaskovsky, an analyst with Belapan think tank, told AFP.

“It would be enough, in these conditions, for minimal progress in order for the normalisation of ties with the United States and EU to continue.”

While Lukashenko allowed an unauthorised opposition rally in the capital to go ahead without police intervention on Saturday, he warned he would not tolerate such protests after the vote.

“You know what will happen,” he said.

The Commission said today that the formal decision to lft the sanctions would be taken on 21 October when they will expire. The issue has not been officially on the agenda of the foreign minister and Belarus is not mentioned in its final communique.