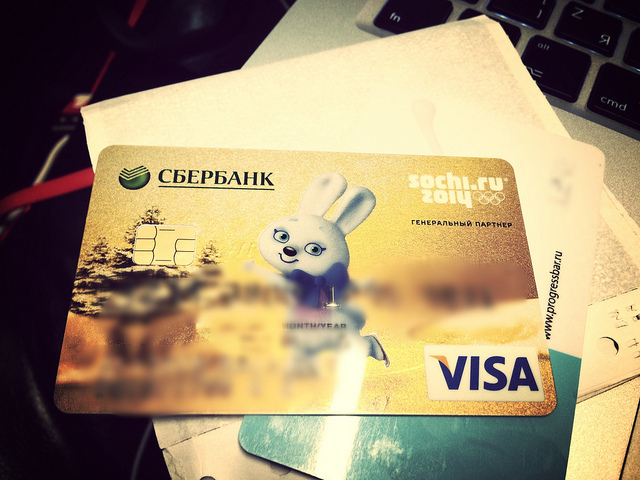 The European Union banned five Russian banks from raising capital on the European Union’s capital markets as part of a wider package of sanctions on Moscow over its actions in the Ukraine conflict.

Due to enter into force on 1 August,  the ban targets Russian banks with state ownership of more than 50%. It excludes EU subsidiaries of the Russian banks.

Marking a fundamental shift in how Europe deals with Russia, the sanctions will mean EU nationals and companies can no longer buy or sell new bonds, equity or other financial instruments with a maturity of more than 90 days issued by major state-owned Russian banks or those acting on their behalf.

In 2013, 47% of the bonds issued by Russian public financial institutions were issued in the EU’s financial markets, estimated to be worth €7.5 billion.

The European Union formally adopted sanctions on Thursday, which also curb arms sales to Russia. Others limit defence sales and the export of hi-tech equipment for the oil sector.

Russia has denounced the measures, agreed by the 28 EU member states on Tuesday, as “destructive and short-sighted”, while fighting has intensified in eastern Ukraine between Kiev forces and the pro-Russian separatists.

EU officials say the sanctions aim to inflict maximum pain on Russia and minimum pain on the EU. “We will for sure have an effect and a very substantial and concrete effect on Russia,” one EU official said, speaking on condition of anonymity.

Europe, which has deep trade links with Russia, was far more reluctant to act than the United States over Moscow’s annexation of Crimea from Ukraine in March and its support for the rebels.

However, the mood shifted radically after the downing over eastern Ukraine of a civilian flight from the Netherlands to Malaysia earlier this month. Western countries say a Russian-supplied missile fired from rebel-held territory caused the disaster. Moscow blames the Ukrainian military for the crash, in which 298 people were killed.

Some EU member states remain nervous about the impact on their own fragile economies. The sanctions deal was agreed only after initial proposals were narrowed.

EU subsidiaries of the targeted Russian banks are excluded from the ban, although prohibited from raising funds for their parent companies. A ban on hi-tech energy equipment applies to the oil industry only, and not gas, while a restriction on sales of defence equipment is limited to future orders.

That means France will be allowed to go ahead with delivery of a naval helicopter carrier it has already sold to Russia.

Analysts warn that the EU will also suffer.

Russia is the world’s biggest exporter of natural gas and second biggest of oil, and the state depends on energy for around half of its budget revenue. However, the EU also depends on Russia for roughly one third of its energy imports.

On the global oil market, crude imports from Russia can easily be replaced, but Russian gas delivered through pipelines is less flexible.

European Energy Commissioner Guenther Oettinger repeated in a German television interview on Thursday that Russia has as much interest as Europe in maintaining gas supplies to the EU because of its need for revenue.

So far, Russia has retaliated to the Western sanctions with bans on imports of some food items.

Russia may restrict fruit imports from Greece – which has the weakest economy in the EU – next week, RIA news agency reported, citing a watchdog agency. It may also suspend US poultry imports, Interfax news agency said.

The EU sanctions will be subject to a three-month review to assess whether they are achieving their aim of forcing President Vladimir Putin to “de-escalate” the crisis.

Depending on Russia, EU officials say the sanctions can be lifted or tightened at any moment. The review will also check that the sanctions do not have unintended consequences.

Until this week, Europe had imposed sanctions only on individuals and organisations accused of direct involvement in threatening Ukraine, and had shied away from wider “sectoral sanctions”. It published a new list of associates of Putin and companies subject to asset freezes late on Wednesday.