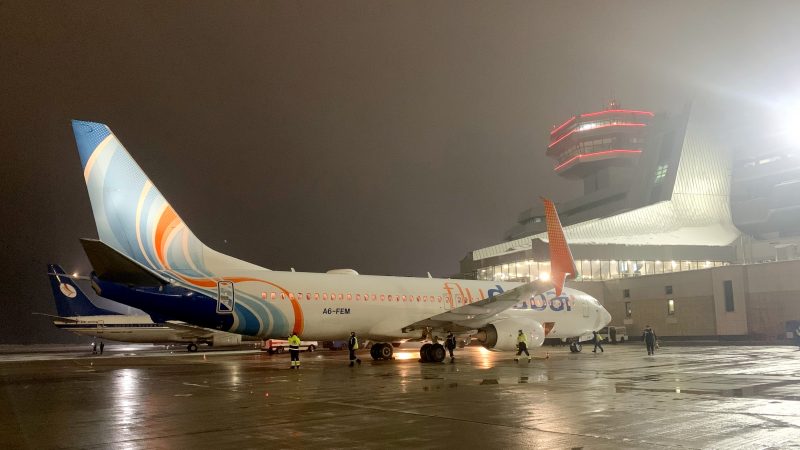 In recent days, the EU has been in talks with international carriers such as Turkish Airlines to urge them to suspend one-way tickets to Minsk, from where the bloc says migrants are transported to the Polish border as a means to pressure the EU.

The development comes as EU foreign ministers are set to agree on a new round of sanctions while the bloc is exploring options for how to stop Belarusian state-owned airline Belavia from leasing aircraft from companies including Ireland’s AerCap and Denmark’s Nordic Aviation Capital.

Belavia is likely to be hit by the EU’s next sanctions package. The airline said on Friday it would stop allowing citizens of Iraq, Syria, and Yemen to board flights from Turkey to Belarus at the request of Turkish authorities.

“In line with a decision by the … Turkish authorities, citizens of Iraq, Syria, Yemen will not be accepted for transportation on flights from Turkey to Belarus from 12.11.2021,” it said in a statement on its website.

According to several EU diplomats, the EU is however unlikely to move against Aeroflot, Turkish Airlines or others at this point.

At the same time, Turkish Airlines, one of the main international carriers flying to Minsk, has agreed to suspend one-way ticket sales for Middle Eastern migrants seeking to reach Europe via Belarus, the European Commission said on Friday.

“Contacts have also been established with various airlines and all airlines contacted have strongly condemned any form of human trafficking and have indicated their full commitment to fight against it,” Spinant said.

VP @MargSchinas “Change is happening. Yesterday I was impressed by commitment of the UAE authorities to work with us. I would like to salute publicly the decision by the Turkish Civil Aviation authority. And I got assurances from my interlocutors here in Lebanon also.” #Belarus pic.twitter.com/3aH8B8ijIS

Iraqi Airlines has also said it will not fly to Minsk, the Commission said, after top EU officials began talks with Iraq, Lebanon, United Arab Emirates and Turkey to try to stop migrants being encouraged by Belarus to come to the EU.

“Iraqi Airlines has confirmed that it will not resume flights to Minsk, and Turkish Airlines will also suspend sales of one-way tickets to Minsk from Turkey,” he said.

“All these airlines have strongly condemned any form of human trafficking. And this has even led to a few very concrete actions already,” Keersmaecker added.

Separately, European Council President Charles Michel thanked Turkey on Friday (12 November) for what he said was an agreement to stop citizens of Iraq, Syria and Yemen planning to travel to Belarus from buying tickets or boarding at Turkish airports.

A decision had been taken to resolve “the problem of illegal border crossings between the EU and Belarus,” Michel said, thanking Turkish authorities and making a reference to the Turkish Civil Aviation Authority.

The body had said the decision to deny tickets and boarding was “until further notice.”