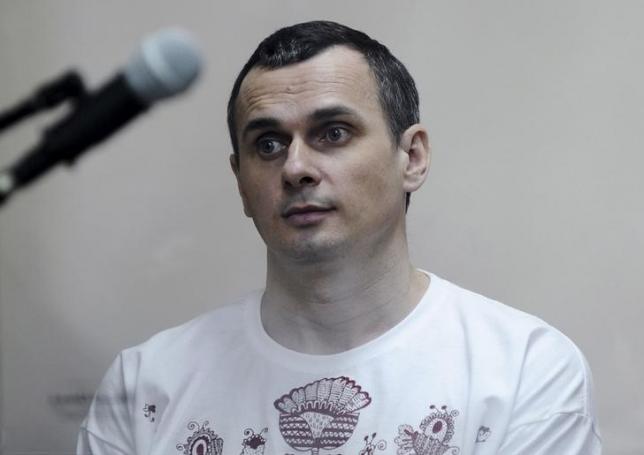 The EU has strongly protested Russia’s sentencing of Ukrainian film director Oleg Sentsov to twenty years in prison on charges of terrorism, and his co-defendant Oleksandr Kolchenko to ten years

On Tuesday (25 August) the North Caucasus military court in Russia sentenced Sentsov, 39, on charges of carrying out arson attacks on pro-Kremlin party offices in Crimea after Russia seized the peninsula from Ukraine in March last year, and plotting further attacks, including blowing up a statue of Leinin in the Crimean city of Simferopol.

His fellow Ukrainian defendant, Alexander Kolchenko, a 25-year-old activist, was sentenced to 10 years after he too was found guilty of taking part in the attacks. They were arrested in May 2014, after Russia illegally annexed Crimea.

“Russian courts are not competent to judge acts committed outside the internationally-recognised territory of Russia. The EU considers the case to be in breach of international law and elementary standards of justice. The EU continues to call on the Russian Federation to immediately release Mr Sentsov and Mr Kolchenko and to guarantee their safe return to Ukraine”, Mogherini stated.

Ukraine’s Ministry of Foreign Affairs also protested “the unlawful and inhuman decision of the Russian authorities” to sentence Sentsov and Kolchenko.

Other Ukrainian citizens imprisoned in Russia include Nadiya Savchenko, a Ukrainian politician and former pilot, captured by pro-Russia rebels in eastern Ukraine and handed over to Russia, where she was charged with the killing of two Russian journalists.

Since the news of her arrest was reported on 19 June 2014, Savchenko became the subject of an emotionally charged campaign in Ukraine, portraying her as a national hero.

The Ukrainian side will apply all efforts to set free our compatriots who are political prisoners in Russia, the Ukrainian foreign ministry said.