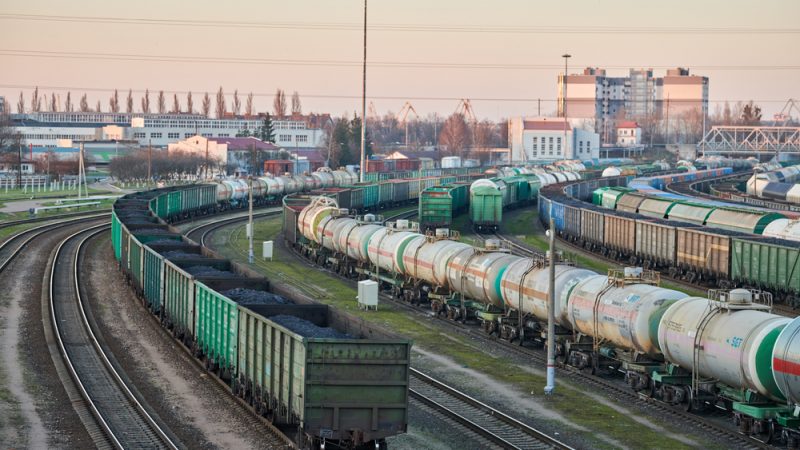 With the restrictions on the rail route, Kaliningrad now has to intensify ship transport. [Shutterstock/travelarium.ph]

Lithuania was not acting unilaterally and was only applying EU sanctions when it decided to ban the transit of some goods to Russia’s Kaliningrad exclave, EU’s chief diplomat Josep Borrell said on Monday (20 June), backing up Vilnius in its new row with Moscow.

The spat has raised concerns about another hotspot in the Baltics, as it follows a week after a draft bill was submitted to the Russian State Duma effectively questioning Lithuania’s independence.

For weeks, Russian state television has been discussing, among other things, whether Moscow should open a “corridor” from Belarus through Poland – the so-called Suwałki Gap – and thus bypass the land route through Lithuania.

“In accordance with EU sanctions, there are import and export restrictions that apply in relations with certain goods,” Borrell said on Monday after a meeting of EU foreign ministers in Luxembourg.

“The accusation against Lithuania that it is implementing Lithuanian sanctions is false, pure propaganda,” he said.

“Lithuania is doing nothing else but implementing the guidelines provided by the European Commission […] if they transit through EU territory for some goods, it’s prohibited”, he added.

Borrell said that the EU nonetheless would “double-check” the EU guidelines to check that they “completely aligned” with any kind of rule.

The EU’s chief diplomat also firmly denied that a “blockade” was being imposed between Kaliningrad and other parts of Russia, adding that the transit of passengers and goods that were not sanctioned continues.

Russia had threatened to retaliate against Lithuania’s “openly hostile” restrictions after Vilnius halted the rail transport of Russian goods under EU sanctions to the Russian enclave of Kaliningrad, wedged between Lithuania and Poland, earlier on Monday morning.

“Russia reserves the right to take actions to protect its national interests” if cargo transit from Kaliningrad to the rest of the country via Lithuania is not restored in full soon, the Russian foreign ministry said in a statement.

The area, with a large, ice-free Russian Navy base and launch pads for Russian Iskander missile systems, is geographically sandwiched between Poland and Lithuania and has no land connection with Russia.

With the restrictions on the rail route, Kaliningrad now has to intensify ship transport.

Lithuania’s foreign ministry, meanwhile, stressed in a statement it is only stopping sanctioned cargo to Kaliningrad.

Borrell also stressed Lithuania’s move should not be compared to the situation in Ukraine.