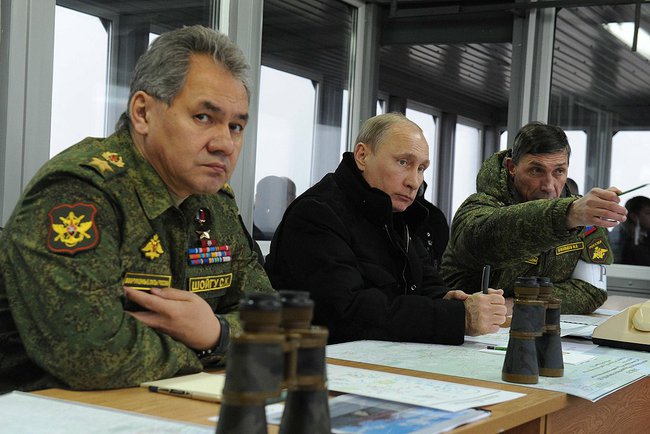 Russian press reports indicate that Moscow will conduct military exercises together with Serbia, on Russian territory, later this year. The EU said that Serbia is sending a “wrong signal” to the Union it is officially trying to join.

“Slavonic Brotherhood,” a joint exercise with Serbia and Belarus, will take place on Russian territory, Defence Minister Sergei Shoigu was quoted as saying, following a meeting with his Serbian colleague Bratislav Gaši?, on 15 August.

“We attach great importance to the big exercises planned this year, together with colleagues from Belarus – Slavonic Brotherhood – 2015. We will try to do everything to make sure our very worthy paratroopers demonstrate their professionalism, training and skills,” said Shoigu, as quoted by RIA Novosti. The Russian minister also awarded Serbian officers with medals “for strengthening military cooperation”.

Gaši? was quoted as saying he was “happy” that Serbia would attend the manoeuvers.

This is far from being an isolated example of the developing military ties between EU candidate country Serbia and Russia. On 20 October 2014, Liberation Day in Serbia, Russian President Vladimir Putin attended a parade in Serbia with the participation of Russian troops.

On 9 May, Serbian military took part in the 9 May Victory Day Parade in Moscow, marking the 70th anniversary of the end of WW II. The event was boycotted by most EU leaders in response to the illegal annexation by Crimea by Russia in March 2014, and of the support by Moscow of pro-Russian separatists in Ukraine.

Russia has a military base in Serbia, in the Southern city of Niš, which it calls “humanitarian”.

Asked by EURACTIV to comment on the news of the joint military exercise, Maja Kocijancic, spokesperson for external affairs, and spokeswoman of Neigbourhood Policy and Enlargement Negotiations Comissioner Johannes Hahn said:

“Under the current circumstances, such a joint military exercise would send the wrong signal. We expect Serbia to act in line with its EU commitments and its accession process.”

Officially, Serbia supports the territorial integrity and sovereignty of Ukraine, but maintains strong political and economic ties with Russia. Belgrade has not joined the sanctions the EU imposed on Russia over the crisis in Ukraine.