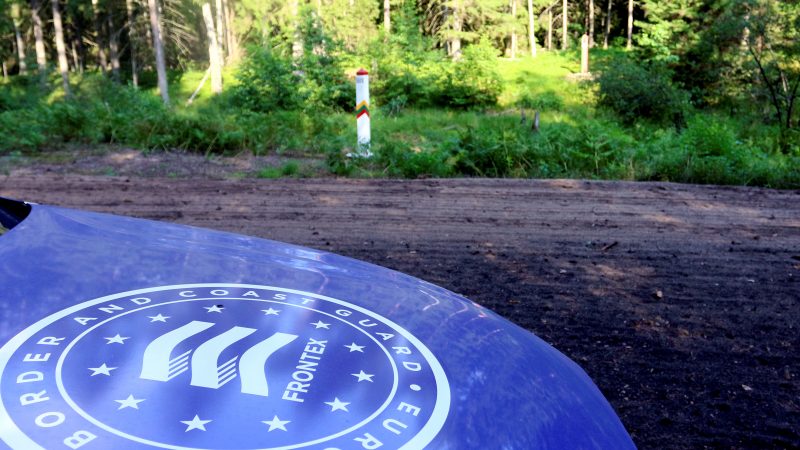 A vehicle of the European Union border agency Frontex at the Belarus-Lithuania border. [EPA-EFE / STR]

The European Union on Tuesday said there had been a “significant decrease” in migrants crossing the border from Belarus into Lithuania after Iraq halted flights to Minsk.

Baghdad suspended flights to Belarus on Friday after the EU accused the country of encouraging unauthorised arrivals in retaliation against EU sanctions.

The bloc says that so far this year 4,110 “irregular arrivals” have crossed into EU member Lithuania — with almost 2,800 coming from Iraq.

“On 6 August, the Iraqi Civil Aviation Authority suspended all flights from Iraq to Belarus. Since then there has been a significant decrease in the number of irregular arrivals in Lithuania,” an EU spokeswoman told AFP.

She said 271 people arrived in Lithuania from Belarus in the week of 2 August, compared with 1,106 in the previous week.

Just four people crossed the border on the weekend, she added.

The EU has imposed sanctions on Belarus over Lukashenko’s crackdown on the opposition and protesters in the wake of the disputed ballot.

Brussels has sent border guards and supplies to help Lithuania cope with the surge in arrivals.

A spokesman for the EU said it “does not finance fences or barriers”, despite the bloc’s home affairs commissioner Ylva Johansson backing construction along the border on a visit last week to Lithuania.

“There is no contradiction between the fact that we might not be ready to finance something and at the same time think that in a specific situation, it is a good idea,” the spokesman said.

EU ministers are to hold crisis talks on the migration influx issue next week.