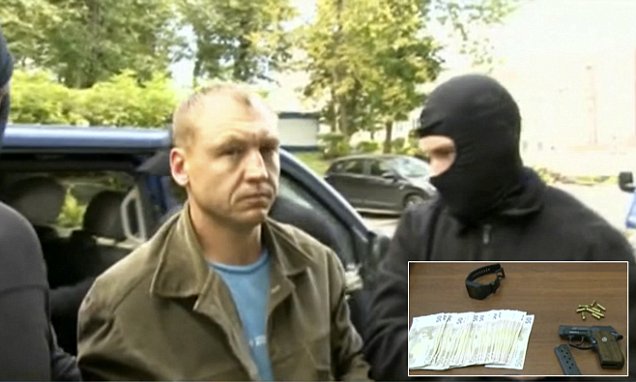 “Mr. Kohver has been deprived of the right to a fair trial: there was no public hearing of the case, the Estonian consul was not allowed to be present at the hearings and Mr Kohver was deprived of adequate legal aid.

“The EU continues to call on the Russian Federation to act according to its international obligations, release Mr. Kohver immediately and guarantee his safe return to Estonia.”

According to the BBC, Estonian Prime Minister Taavi Roivas called the verdict “a clear and grave violation of international law”.

“The staged court case that formed a verdict suitable for the Russian authorities has nothing to do with a fair trial,” Roivas stated.

“The abduction of Eston Kohver from the territory of the Republic of Estonia by the FSB on 5 September and his unlawful detainment in Russia thereafter constitute a blatant breach of international law,” Estonian Foreign Minister Marina Kaljurand said in a statement.

“Today’s judgement does not change our position. We call on Russia to immediately release Eston Kohver.”

Tensions between Russia and the ex-Soviet Baltic states have soared over Russia’s seizure of Ukraine’s Crimea peninsula and alleged backing of pro-Russian separatists in eastern Ukraine.

Many in Estonia believe the timing of Kohver’s arrest was deliberate, coming just two days after US President Barack Obama visited Tallinn to trumpet Baltic security following Russia’s role in the Ukraine crisis.

Baltic states Estonia, Latvia and Lithuania emerged from nearly five decades of Soviet occupation in the early 1990s and joined NATO and the European Union in 2004 in a bid to shore up their security amid tense relations with Moscow.