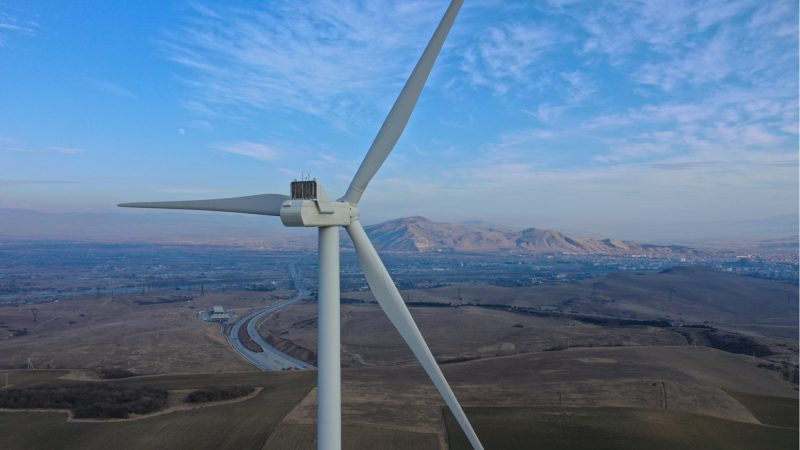 On its path towards the EU, Georgia will be expected to align itself with the EU’s ambitions laid out in the bloc’s Green Deal and reduce carbon emissions as it seeks to boost and modernise its economy, the European Commission told EURACTIV.

“The European Green Deal requires action by the EU and partner countries on the existing and future environmental and climate challenges, to turn these challenges into opportunities,” European Commission spokesperson for enlargement, Ana Pisonero, told this website.

“This is particularly valid for Georgia in a post-COVID era when recovery and modernisation of the economy have to be carried out taking into account the carbon footprint and environmental aspects,” she added.

“Currently, we are working together with the Georgian government and other donors to develop meaningful interventions to support the green transition for the upcoming years,” she added.

Georgian Prime Minister Giorgi Gakharia recently declared that his country is “preparing to apply for full EU membership in 2024”, with the first piece of legislation under the new government, following a heated parliamentary election, reaffirming Georgia’s top foreign policy goals.

The EU-Georgia Association Agreement, including the Deep and Comprehensive Free Trade Area, which is the basis for EU-Georgia relations, represents the equivalent of around 70% of the EU acquis, the bloc’s entire legislation, as well as common rights and obligations that are binding for all EU countries, which candidates need to comply with to accede to the bloc.

EU foreign ministers on Monday (25 January) decided to promote a global phase-out of fossil fuels and reaffirm commitments to finance climate adaptation measures, put green diplomacy at the top of their agenda with third countries.

All EU trade agreements, overseas aid and foreign investment strategies will from now on also need to be aligned with the bloc’s climate ambition, which also applies to the potential future EU accession candidates.

The EU currently does not treat Georgia as a candidate country, but rather in the less ambitious format of an associated partner, alongside the South Caucasian country’s participation in the bloc’s Eastern Partnership programme.

In October, the EU said recent achievements in the field will permit Georgia to accelerate the implementation of the environmental provisions included in the EU-Georgia Association Agreement and to improve its environmental protection system.

“We also count on Georgia’s continued commitment to meet the objectives of the Paris Agreement,” Pisonero told EURACTIV, stressing that progressive decarbonisation of the economy, environment and health, with a focus on air and water pollution; sustainable use of natural resources, including circular economy forests and biodiversity will be key for Georgia’s further sustainable development.

“We stand ready to support Georgia in “building back better”, including through financial cooperation,” Pisonero said, adding that Georgia would already benefit from a range of activities aiming to support the country in its green transition, including the EU4Environment and EU4Climate initiatives.

The four-year EU4Climate programme, running until 2022, aims to assist Georgia and other Eastern Partnership countries to implement the Paris Agreement on climate and help mitigate climate change and adapt to its effects by introducing climate-sensitive policies and reducing greenhouse gas emissions.

The program is being implemented by the United Nations Development Program (UNDP) in all six EaP countries, in accordance with bilateral agreements between the EU and each country’s national government.

Georgia has pioneered wind farms in the region, with the first one, the 20MW Kartli Wind Power Plant, having opened in October of 2016.