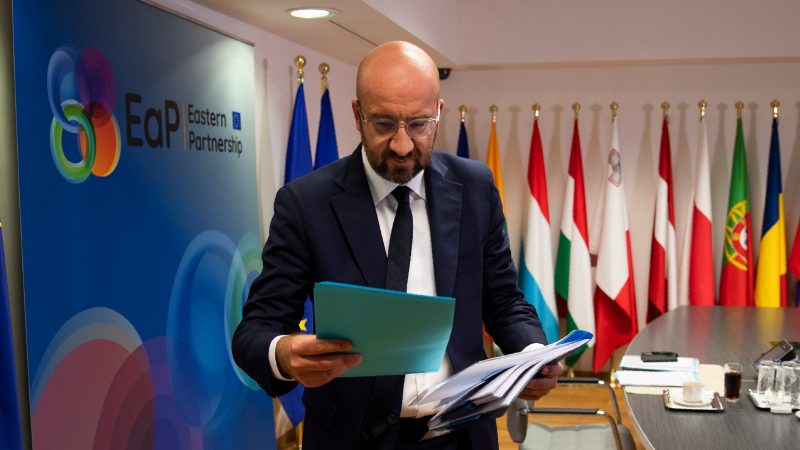 File photo. European Council President Charles Michel looks at his papers prior a video conference during an EU-Eastern Partnership Leaders' summit at the Europa building in Brussels, Belgium, 18 June 2020. [Pool/EPA/EFE]

EU leaders will try to rescue their outreach to five former Soviet republics of eastern Europe on Wednesday (15 December), all of them would-be partners undermined by Russian meddling and regional strife.

The “Eastern Partnership” has already lost a member: Belarus, which broke with the grouping in June after criticism from EU capitals of strongman Alexander Lukashenko’s disputed re-election.

The remaining five partners — Ukraine, Moldova, Georgia, Armenia and Azerbaijan — will send leaders to Brussels to meet the heads of the 27 member states, one day ahead of a full EU summit.

“The timing of this summit has been well chosen, because these countries are going through a complicated spell,” a senior European official explained.

The date may be right, but diplomats in Brussels are expecting a frustrating encounter.

On one hand, western capitals are keen to show a united front against Russian threats.

On the other, they know that they can’t honestly offer the eastern countries a path to EU membership.

Ukraine, Georgia and Moldova — which all have Russian troops occupying regions on their soil — would like to join the European Union, seeing it as a guarantor of peace and prosperity. 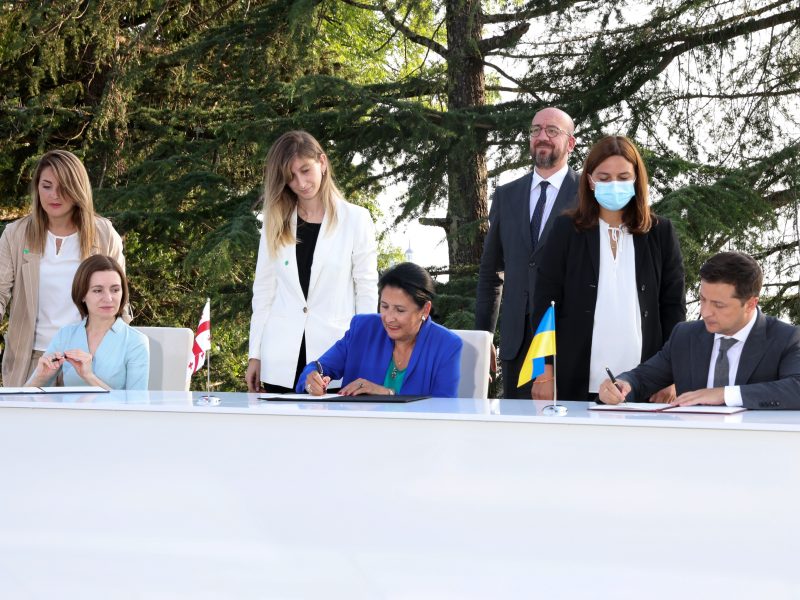 But a European minister told AFP: “We can’t do anything.”

Each step of the long accession process needs unanimous support from existing member states, and long-standing candidates in the western Balkans already face an uncertain wait.

“Some member states are pushing to accept Georgia and Ukraine into the EU, but others say that is not possible,” the minister told AFP, speaking on condition of anonymity.

The Eastern Partnership summit will begin at 4:00pm (1500 GMT) on Wednesday, but before then EU and national leaders will have held side meetings on specific regional crises.

European Council president and summit host Charles Michel will have sat down with the leaders of Armenia and Azerbaijan late Tuesday to “soothe tensions” after a recent flare-up in their conflict.

A short but sharp war between the long-standing foes in late 2020 left 6,500 dead and Azerbaijan in control of more territory around the disputed enclave of Nagorno-Karabakh. 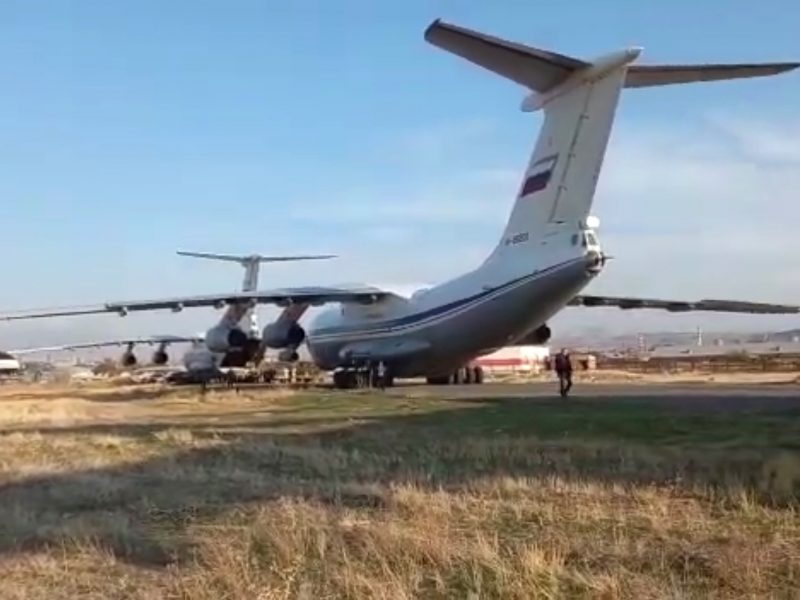 Russian began deploying 2,000 peacekeepers to Nagorno-Karabakh on Tuesday (10 November) after Armenia and Azerbaijan agreed a peace deal to end weeks of fierce fighting over the disputed region.

Border clashes erupted again last month. The European Union has tried to act as a mediator, but Russia and Turkey are also very influential in the region.

France and Germany are overseeing the so-called Minsk Process with Russia and Ukraine to negotiate an end to the conflict that saw Moscow seize Crimea and mass troops on the Ukrainian border.

Western capitals have been alarmed by the recent Russian troop build-up. The EU has warned Russia it will join Britain and the United States in imposing massive economic sanctions in the event of invasion.

But this week Zelenskiy accused Germany, under Scholz’s predecessor Angela Merkel, of blocking the shipment of weapons from NATO members to Ukraine to defend itself.

Georgia, meanwhile is going through political crisis. And Moldova’s economy is suffering from a hike in gas prices that Brussels sees as orchestrated by Moscow to flex its muscles in the region.

Two Georgian regions — Abkhazia and South Ossetia — are occupied by Russian forces, as is the breakaway Moldovan region of Transnistria.

“The permanent destabilisation of numerous areas in the (Eastern) Partnership is very worrying because it threatens peace inside and outside the region,” the European minister said.

EU leaders have denounced Lukashenko’s channelling of migrants towards the EU border and accused the Kremlin of manipulating gas prices for political ends.

But, the minister admitted, Europe “counts for little with Putin, who only seeks to deal with the Americans when it comes to the architecture and the stability of Europe.”

Putin wants to maintain Russian influence over the former Soviet republics now bordering Turkey and EU members — and to thwart any hope of their joining the EU or NATO.

Europeans publicly reject the idea of a Russian veto or sphere of influence, insisting the eastern partners are free to choose their own future and strategic alignments.

But in private, several senior European diplomats and government officials admit that no one in Brussels can envisage Ukraine or Georgia joining the EU.

For the EU, ties with Kyiv, Tbilisi and Chisinau are governed by association agreements deals signed in 2014, not the long, slow path to membership followed by countries like Serbia and Montenegro.

The senior EU official explained: “We offer these countries a made-to-measure partnership. We give more to countries that want to do more.”

Europe will thus mobilise a €2.3 billion investment plan, backed by billions more from private and non-EU institutional sources, to rebuild the partnership.

But, without a clear path to true membership, frustration and disappointment are mounting, marked by warning signs like Zelenskiy’s outburst against Merkel.

“The EU will have to carefully calibrate its actions and reactions if it isn’t going to leave space for Russia to act,” a member state official warned.