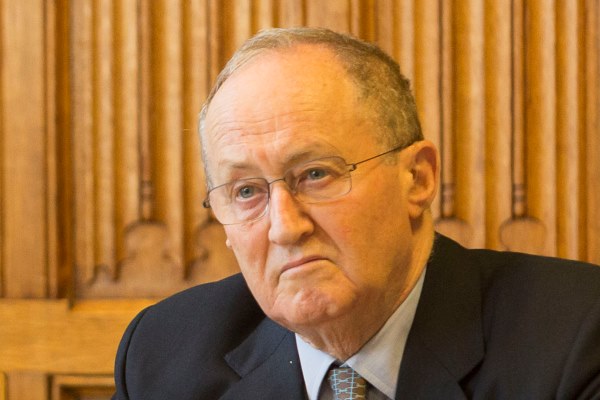 The report said the EU must be prepared to increase sanctions on Russia if the situation on the ground deteriorates.

Lord Tugendhat, Chairman of the House of Lords EU Sub-Committee on External Affairs, said a lack of expertise in both the UK Foreign Office and EU led to a “catastrophic misreading of the mood” in Russia in the build up to the crisis.

“EU Member States displayed a worrying lack of political oversight regarding the Commission’s negotiations with Ukraine on the Association Agreement,” said Lord Tugendhat.

The report also condemned the actions of Russia saying “the dismemberment of a sovereign independent state is unacceptable.”

The reports says Russia is increasingly defining itself as a rival to the EU, something member states had been slow to react to.

NATO expansion and EU expansion have become conflated in Russia, with both perceived as a security threat.

“The EU’s relationship with Russia has for too long been based on the optimistic premise that Russia has been on a trajectory towards becoming a democratic ‘European’ country,” the report said. While the economic relationship between the EU and Russia had flourished, the political partnership and promotion of good governance, the rule of law and economic liberalisation had failed.

The report praised the united response of EU member states towards Russia and called for “intensive dialogue” over the issue of Crimea. It called for the EU to make greater efforts to engage with the Eurasian Union, despite Russia failing to meet its WTO commitments. The report said the current stance risked “creating new dividing lines on the continent.”

The Committee stressed the need for the EU to look beyond the present crisis by undertaking work on the terms on which its relationship with Russia should be conducted in the long term.

“Looking to the future, Ukraine will need a huge assistance package from the EU,” said Lord Tugendhat.

“Ukraine must attempt reform and tackle corruption as part of any deal. Russian corruption too must be confronted.”

On 27 August, NATO and the U.S. said Russian incursions into Ukraine took an "overt and obvious form" and on 28 August Poroshenko said Russia had invaded Ukraine.

A cease fire was agreed on 13 February, but appears not to be holding.