Ukrainian President Volodymyr Zelenskiy gives a press conference at the end of an EU-Ukraine Summit at the European Council in Brussels, Belgium, 06 October 2020. [Pool/EPA/EFE]

During the first live summit with international partners in Brussels following the outbreak of the pandemic on the continent, the EU and Ukraine leaders met on Tueasday (6 October) to take stock of cooperation amid what critics say is a risk of reform regression in the country.

Ukrainian President Volodymyr Zelenskiy and Council President Charles Michel focused on closer cooperation in the times of COVID-19, deepening of trade ties and reforms as well as security issues.

The EU and Ukraine also signed three additional support packages for improving resilience of the bloc’s Eastern neighbour’s regions to conflict, funding for civil society and fighting climate change for a total of €43 million on top of the €190 million aid to fight the immediate fallout from the coronavirus.

Ukraine has been hard hit by the pandemic, with a 11.4% drop in GDP in the second quarter of the year and a new peak in cases since the beginning of the autumn.

The EU’s top diplomat Josep Borrell, representing at the summit Commission President Ursula who was in self-imposed quarantine, praised the reforms achieved so far.

“We consider that an independent and effective justice system and we continue to expect the maximum of Ukrainian authorities, because this is what the Ukrainian people are asking for,” he added.

Recent decisions of Ukraine’s top court have put a question mark on the future of country’s anti-graft agency, while activists have been raising alarm bells about the selection process of the specialised anti-corruption prosecutor. 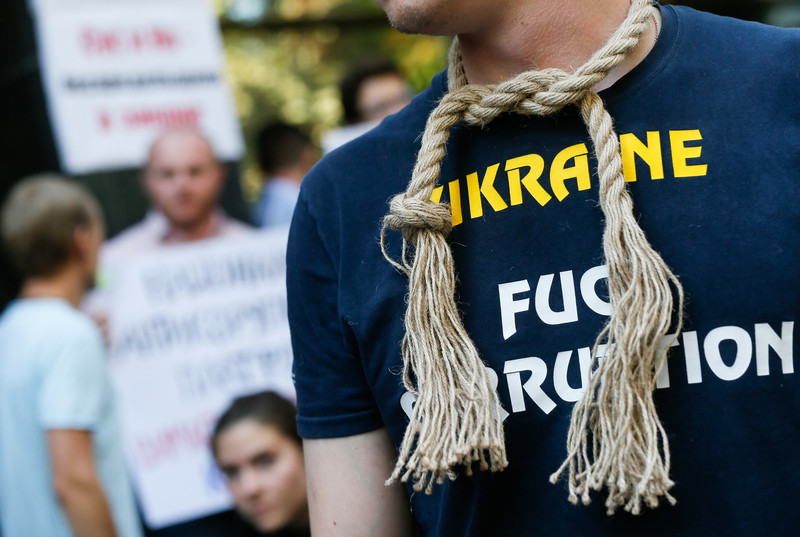 Among the parts of the law the court scrapped are provisions …

Pressed by journalists what was discussed in the context of the fight against corruption and judicial reform, European Council Michel said “we support all the political efforts mobilised to make reforms.”

“You understand very well, there is a relationship between Ukraine and the EU based on trust and confidence,” Michel said, adding that the discussions were “frank, we had the occasion to understand what is the progress made and what is the work that needs to be done.”

“With Ukraine, it’s always the proverbial half full, half empty glass,” a senior EU official said before the summit.

“Probably the glass is more half full if you look at the inputs, and institutions put in place and certain legislative reforms.”

“But the glass is more half empty when you look at the concrete results, for instance, the number of people actually prosecuted for corruption or put in jail remains very low compared to EU countries.”

“At the end of the day, we have to judge anti-corruption efforts on the output on the result, and not just the input and institution slash legal slash administrative aspects,” they added.

The absence of criminal prosecution in the PrivatBank case, — which led to the nationalisation of Ukraine’s largest bank and a $5.6 billion hole left in the finances, due to lending practices under the ownership of oligarch Ihor Kolomoisky — “is a question of credibility among international partners,” EU sources said.

Zelenskiy conceded that “fighting corruption has turned out to be even more complicated” than the opening up Ukraine’s land market.

“Of course, we have not done everything, we haven’t completely eliminated corruption. But we have made progress,” the Ukrainian president said.

The visit of Zelenskiy to Brussels coincided with Western publications revealing that two high profile Ukrainians, acting as Russian agents of influence, tried to undermine the campaign of Joe Biden for President. The two have ties to Kolomoyskiy, Zelenskiy’s past patron.

Lots of good information below on two notorious pro-Kremlin agents engaged in disinformation and financial schemes directed against the US.

EU senior officials prior to the summit said that the agenda included talks on the need to press on with the reform public prosecution, the implementation of the law national security as well as tackling Ukraine’s notoriously corrupt judicial system.

The latter is also a condition attached to the bloc’s the €1.2 billion loan, which along with a $5 billion International Monetary Fund loan is supposed to stabilise the ex-Soviet country’s ailing finances. 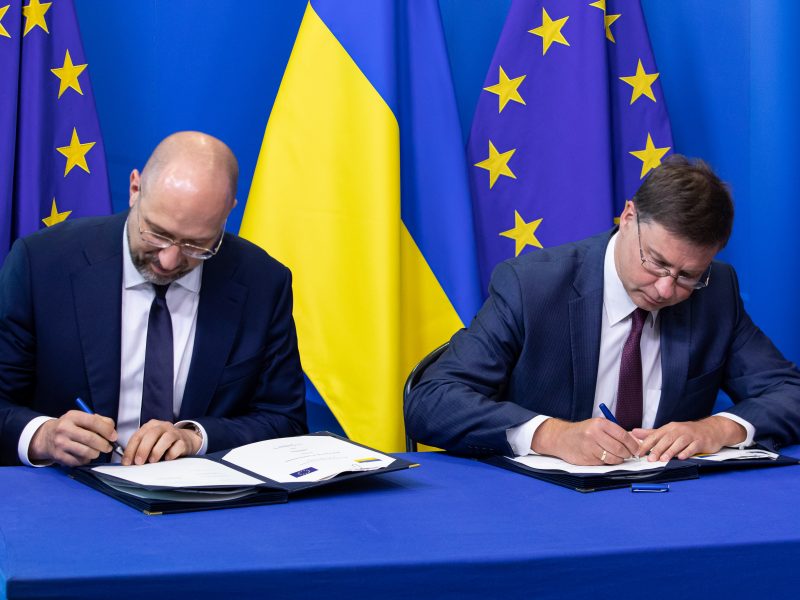 The leaders also talked the wider geopolitical context of unrest in Belarus and the escalating hostilities between arch-foes Armenia and Azerbaijan over breakaway region of Nagorno-Karabakh, as well as the ongoing war in the eastern part of Ukraine that has so far claimed 13,000 lives and displaced 2.4 million people, with so far no end in sight.

The EU reiterated its the condemnation of the annexation of Crimea, support for the territorial integrity of Ukraine and the long-stalled implementation of the Minsk agreement supposed to bring peace to the war-torn territory.

“We call on Russia to do its part of the bargain,” Michel said.