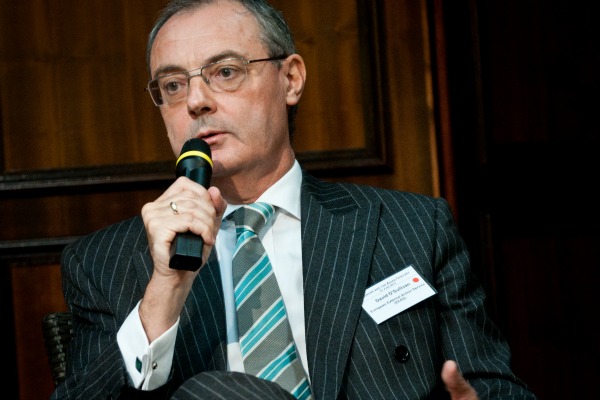 Time is short for Kyiv to make tangible reforms ahead of the November Vilnius summit, and in the meantime the EU-Ukraine relationship is “slowly running out of runway”, a high European Commission official told the European Parliament yesterday (5 June).

David O'Sullivan, the chief operating officer of the European External Action Service, made it plain that Brussels will not sign the EU-Ukraine association agreement and the Deep and Comprehensive Free Trade Agreement (DCFTA) “purely on geopolitical considerations”.

He was speaking to MEPs at a public hearing organised by the Yushchenko Institute of former President Viktor Yushchenko, and hosted by the centre-right European People’s Party (EPP).

“Tangible progress” by Kyiv was “essential” on three issues for the signature of the agreements, O’Sullivan said – elections, selective justice and judicial reform.

The EU is still waiting for an assessment of the two draft electoral laws elaborated by the Ukrainian Ministry of Justice, which fall short of expectations according to preliminary findings, the EU official said. The assessment will be preformed jointly by the Office for Democratic Institutions and Human Rights (ODIHR) at the Organisation for Security and Co-operation in Europe (OSCE), as well of the Venice Commission at the Council of Europe.

The Ukrainian authorities are also expected to provide clarification regarding irregularities observed at the October parliamentary election. On broader electoral matters, the EU insists that Ukraine establishes an election code harmonising legislation covering all types of elections.

O'Sullivan said the EU's main concern regarding the October election was Kyiv's apparent lack of strategy, especially regarding the case of Yulia Tymoshenko, the former prime minister who is serving a prison sentence for abuse of office.

The mission of former European Parliament president Pat Cox and former Polish president Alexander Kwa?niewski is a “very important asset” to be used by Ukraine in this context, the official said.

Apart from preventing "selective justice" from reoccurring, the EU attaches high importance to the law on the prosecutors office. It regrets however the lack of progress in this regard, as well as the fact that this law and other important pieces of legislation – such as the reformed penal code and a law on the judicial system – had not yet been put to consultation with the Strasbourg-based Council of Europe.

“These reforms will need to be considerably accelerated if the Council is to be able to take stock of tangible progress ahead of the Vilnius summit,” O'Sullivan said, referring to the 29-29 November Eastern Partnership summit to be held in Vilnius, under the Lithuanian EU presidency.

O’Sullivan added that there were also “many other issues” which would impact on the decision made, such as the business climate. He said the EU was seriously concerned about safeguard measures introduced by Ukraine, which in his words were affecting seriously the interests of EU exports sectors and were crating “doubts” as to Ukraine’s ability to respect its commitments under the DCFTA.

O’Sullivan also said that the EU and its member countries were watching Ukraine’s rapprochement with Russia very closely, notably developments on the Eurasian Union and the Customs Union proposed by Moscow. They were now assessing whether this process hinders its European ambitions.

Ukraine recently obtained observer status to the Eurasian economic union by signing last week a memorandum of understanding. O’Sullivan said that the EU understood Ukraine’s need to maintain good relations with all its neighbours, but it didn’t want Kyiv “to make some kind of irreversible choice” between close relations with Europe and becoming part of the Russian economic and political area.

The EU diplomat also stressed that Ukraine's cooperation with Russia should not impede implementing the provisions of the DCFTA.

This would normally take place somewhere between the Vilnius summit and the European elections in May 2014, the EU official said.

Viktor Yushchenko, former Ukrainian president, pleaded that the case of Yulia Tymoshenko should be solved “only in the context of European integration”.

“We need some third party to look at the legal instruments needed to solve the problem,” he said, speaking through a translator and clarifying that by third party he meant the EU.

He also explained that the Ukrainian authorities were not able to solve the Tymoshenko case alone, because in his words it was both legal and political. The case of former Interior Minister Yuri Lutsenko, who was pardoned last April, was easy, because the legal instruments had been sufficient, he argued.

“Let’s set a roadmap for the Judgment Day in November,” Yushchenko said.

MEP Marek Siwiec (Poland, S&D) said he would play the “devil’s advocate” and challenge the usual rhetoric regarding Ukraine. He said that in fact “nobody” wanted the EU-Ukraine association agreement and politicians were watching a Greek tragedy in which they knew in advance who would die and who would win. He concluded by saying, in Hollywood style: “And the winner is… Vladimir Putin.”

Lithuanian Deputy Foreign Affairs Minister Andrius Krivas, who spoke on behalf of the upcoming Lithuanian presidency, said that his country would be only hosting the Vilnius summit, while its decisions would be agreed among all the 28 members the Union is expected to have by then. He called the possibility to sign the EU-Ukraine Association Agreement “realistic”.

“If Ukraine consolidates its democratic choice beyond the point of no return, through the means of the conclusion of the Association Agreement, it would also create premises for Russia, our other great Eastern neighbour, to consider following the same path in terms of choosing the system of political and societal values”, he said.

At the EU-Ukraine summit on 25 February, Council President Herman Van Rompuy reiterated the three areas where the EU wants to see progress before signing an association agreement with Kyiv.

Van Rompuy made it plain that the EU wanted to see progress “at the latest May this year”. In April, former Interior Minister Yuri Lutsenko, a Tymoshenko ally, was freed from jail under presidential pardon.

President Viktor Yanukovych has said the outstanding issues could be solved in time for the Vilnius Eastern Partnership Summit in November, during the Lithuanian presidency of the EU. But in the meantime many observers see a backside of democracy in Ukraine.

0 responses to “EU-Ukraine relations ‘running out of runway’: Official”