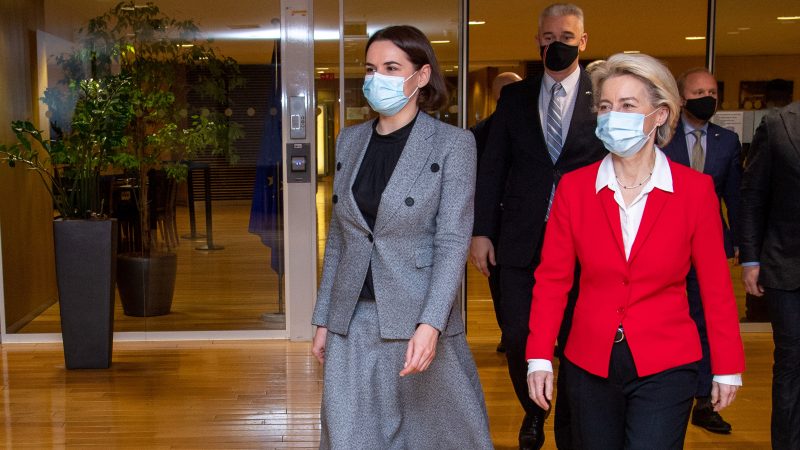 "The EU stands by the Belarusian people in their fight for freedom and democracy," said European Commission President Ursula von der Leyen, adding that Tikhanovskaya was "an inspiration to us all". [European Union, 2021. Source: EC - Audiovisual Service]

“We are stepping up our support with an additional €30 million for young people, independent media, small and medium-sized enterprises in exile and cultural actors,” von der Leyen announced on twitter.

“The EU stands by the Belarusian people in their fight for freedom and democracy,” she wrote, adding that Tikhanovskaya was “an inspiration to us all”.

Sviatlana @Tsihanouskaya, you are an inspiration to us all.

The EU stands by the Belarusian people in their fight for freedom and democracy.⁰
Today we are stepping up our support, with an additional €30 million for youth, independent media, SMEs in exile and cultural actors. pic.twitter.com/KWZeQjrmQX

The extra cash comes in addition to a support plan already adopted in December 2020 to encourage in particular “the initiatives of local communities and groups of citizens”.

It would also provide for a scholarship programme for students and young professionals affected by the political crisis, as well as business advisory services, and support for public health initiatives.

Prior to Sunday’s announcement, EU aid to Belarusian civil society stood at more than €33 million since August 2020.

The country’s leader Alexander Lukashenko has been increasingly isolated since crushing unprecedented demonstrations against his rule after he claimed he had won an election last summer that the West says was rigged.

Tikhanovskaya, who the opposition believe was the real winner of last summer’s presidential election, has since fled to neighbouring Lithuania. 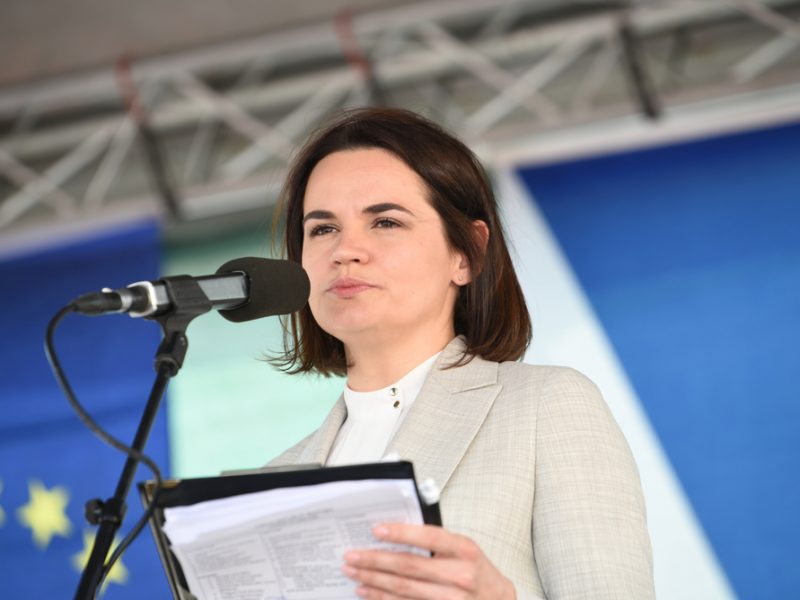 Tsikhanouskaya: EU must base Belarus policy 'on values, not pictures'