Four-way talks on Ukraine to be held in Berlin Monday 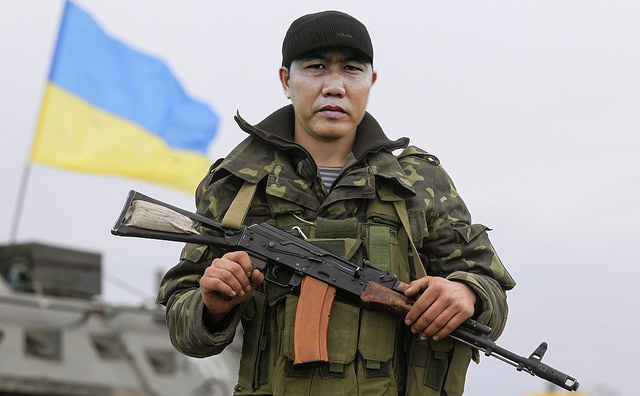 The French, German, Russian and Ukrainian foreign ministers will meet in Berlin on Monday (13 April) to review the fragile ceasefire agreed on in February, to end a year of bloody war in eastern Ukraine.

“I will be in Berlin (on Monday) evening,” French Foreign Minister Laurent Fabius told reporters, with his press officer later adding he would be attending a four-way meeting on Ukraine, where pro-Russian separatists have waged an insurgency in the east that has left more than 6,000 dead.

Speaking after talks in Paris with his Ukrainian counterpart Pavlo Klimkin, Fabius said the embattled country’s leader Petro Poroshenko would visit the French capital on April 22.

A ceasefire agreed to in the Belarussian capital Minsk in February appears to be largely holding in Ukraine’s east, despite isolated, deadly clashes.

“There has been some progress on the ground in implementing the package of February 12 Minsk measures, despite too many violations where pulling back heavy weapons is concerned,” Fabius said.

From Kiev, Ukrainian President Petro Poroshenko said the focus of the upcoming talks should be the deployment of a peacekeeping mission to monitor the country’s fragile truce.

He said that while the West was initially “cautious” about his call for international peacekeepers, “everyone now sees that a peacekeeping mission is the most effective way to deescalate the conflict”.

Klimkin said the situation in the east was “very tense”, pointing to the two soldiers and rebel who were killed over the past 24 hours in isolated clashes

He added that OSCE monitors who were trying to make sure the ceasefire holds did not “have effective control” in the rebel strongholds of Donetsk and Lugansk.

“We still have hundreds of hostages,” Klimkin said.

One of the key points agreed in the Minsk deal was that all hostages and illegally detained prisoners must be released and exchanged on an “all-for-all” basis.

Kiev and the separatists already exchanged hundreds of prisoners of war in December.