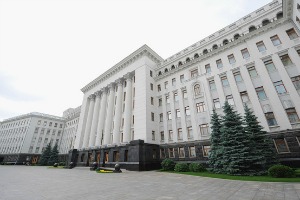 Enlargement and Neighbourhood Commissioner Štefan Füle said he was “shocked” and “deeply disappointed” by new legislation which the Ukrainian parliament hastily pushed though yesterday (16 January).

Supporters of Ukrainian President Viktor Yanukovich hustled a sweeping law through parliament on Thursday in an attempt to curb anti-government protests, sparking an outcry from the opposition and raising tensions on the streets.

The laws, backed by deputies from Yanukovich's Regions Party and allies, adopt a similar stance to Russia on registration of foreign non-governmental organisations (NGOs), insisting they should pay taxes on profit.

NGOs that were financed from abroad and took part in political activity in Ukraine would be categorised as "foreign agents", it said.

The laws, which still needs Yanukovich's signature, ban any unauthorised installation of tents, stages or amplifiers in public places, on pain of a fine of up to $640 or up to 15 days in detention.

People and organisations who provide facilities or equipment for such meetings will be liable to a fine of up $1,275 (€937) or detention of up to 10 days.

The new legislation, which ran to more than 100 pages and a summary of which in English was obtained by EURACTIV, appeared directed mainly at preparing the ground for action to end the street protests that have been taking place in the capital Kyiv and some other cities since November.

In an interview with Ukrainian Interfax news agency Füle said the adopted legislation will have “consequences” on EU-Ukraine relations.

"I'm shocked. It is deeply disappointing to see such a turn from the European path of Ukraine. It is worrying to see this happening with such an important EU partner”, the Commissioner said. He added: “Decisions adopted by the Verkhovna Rada [the parliament] are a disrespect of basic democratic principles and they not only raise concerns about the state of democracy and the future of Ukraine but also will have consequences for the partnership between the EU and Ukraine”.

As one of the adopted laws is aimed at limiting partnership with the civil society, Füle reminds that the EU had made it clear to the Ukrainian authorities that the cooperation which the Union is building is not cooperation at government level, but cooperation between the citizens of the EU and Ukraine.

“It is sad to see how the authorities turn down a chance for the Ukrainian people in such a way. I am particularly worried about the impact on the citizens of Ukraine who risk with this legislation to have their basic freedoms curtailed,” Füle said.

Yanukovich's refusal at that time to sign a free trade deal with the European Union in favour of boosting ties with Ukraine's former Soviet master Russia brought hundreds of thousands to the streets in protest.

Though numbers have dwindled since, several hundred people remain camped out on Kiev's central square of Kiev or are occupying public buildings such as City Hall. On Sunday, at least 50,000 people demonstrated against Yanukovich in Kyiv.

The decision in parliament, taken by a sudden show of hands that caught the opposition off-guard, followed a court ban on protests in Kiev, boosting opposition fears of an imminent police crackdown.

"The people of Ukraine have been deprived of civil rights and liberties. According to these laws, standing on the Maidan (central square) is prohibited, setting up tents is prohibited, talking about corrupt judges is prohibited. And many other things are also banned," said boxer-turned-politician Vitaly Klitschko, an opposition leader who is regarded as a potential strong challenger to Yanukovich for the presidency.

"The authorities can at the same time intimidate and beat activists and confiscate the driving licences and property of AutoMaidan activists, and ignore the demands of the citizens," Klitschko said. "That is why a change of power and the Yanukovich regime in Ukraine is our main objective."

The law would make it an offence punishable by up to 15 days' detention to wear a mask or face-covering like that adopted by many of the protesters, particularly those from the nationalist parties.

Also, protest 'motorcades' involving more than five vehicles, like those staged outside government residences including that of Yanukovich in recent weeks, will be banned.

Dissemination of "extremist" and libellous information would also be banned – a clause that and seemed to be aimed at forcing the removal of political graffiti pillorying Yanukovich and his government on walls and billboards.

The move was sure to fuel opposition suspicions that riot police would soon move in to end two months of protests. These have widened into rallies, sometimes involving thousands of people at the weekend, against sleaze and corruption in power.

In a written statement, EU’s foreign affairs chief Catherine Ashton said: "I am deeply concerned by the events in Kyiv. Several pieces of legislation restricting the Ukrainian citizens' fundamental rights have been hurriedly passed in an apparent disrespect of parliamentary procedures and democratic principles.

“I am particularly concerned by the changes to the judicial code which impose worrying restrictions on the rights of assembly and on the freedom of speech and media, and are contrary to Ukraine's international obligations. The changes that seem to seriously curtail the activities of civil society organisations in Ukraine and simplify procedures for revocation of mandates of Members of Parliament are equally worrying.

“These regrettable developments come at a time of political crisis and do not contribute to building confidence and finding a political solution which can only happen through an inclusive dialogue with all stakeholders.

“I call on the President of Ukraine to ensure that these decisions are revised and brought in line with Ukraine's international commitments," Ashton’s statement ends.

The US State Department expressed deep concern with the measures saying it "cast serious doubt on Ukraine's commitment to democratic norms."

"A true democracy cannot function without dialogue, compromise, the right to peaceful dissent and a legislature that enjoys the people's trust," spokeswoman Jen Psaki said in a statement.