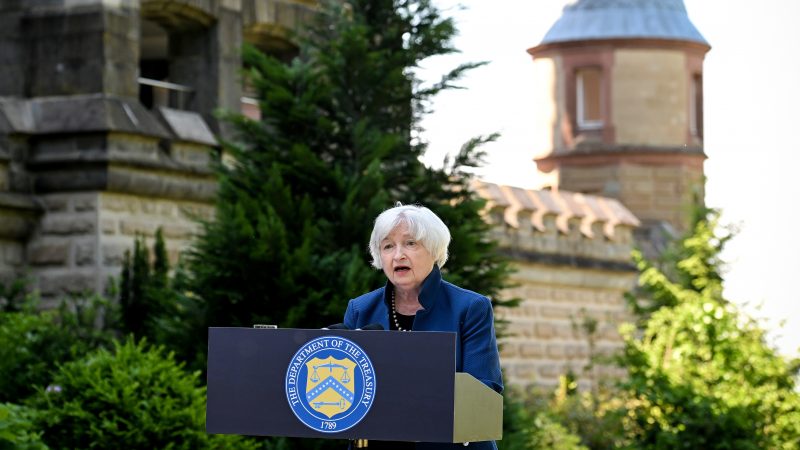 US Secretary of Treasury Janet Yellen speaks to the media during a press conference ahead of G7 Finance Ministers and Central Bank Governors Meetings at the Schloss Drachenburg venue in Koenigswinter near Bonn, Germany, 18 May 2022. The meetings of Finance Ministers and Central Bank Governors will take place in Bonn and Koenigswinter from 18 to 20 May 2022. [EPA-EFE/SASCHA STEINBACH]

G7 partners meet Thursday (19 May) hoping to find a solution for Kyiv’s budget troubles as the fallout from Russia’s invasion of Ukraine continues to roil the global economy.

Finance ministers from the Group of Seven industrialised nations are holding talks in Koenigswinter in western Germany to coordinate their response.

“The bilateral and multilateral support announced so far will not be sufficient to address Ukraine’s needs, even in the short term,” United States Treasury Secretary Janet Yellen said in a speech in Brussels on Tuesday.

Yellen, who is attending the meeting in Koenigswinter, called on US partners to “join us in increasing their financial support” for war-scarred Ukraine.

The United States has forged ahead with a $40 billion aid package to fill Kyiv’s coffers and military stores.

But domestically, the world’s top economy is faced with soaring inflation, while fears mount that the country could tip into recession.

The story is similar in Europe, where the disruptions caused to supplies of raw materials, components and agricultural goods have darkened the outlook.

The war has blown a hole in Ukraine’s finances, as tax revenue has dropped sharply, leaving it with a shortfall of around $5 billion a month.

Around $7.5 billion of the US aid package is earmarked to help plug the hole in Ukraine’s government budget caused by the war, a source close to the G7 organisers said.

Ahead of the meeting on Wednesday, the European Union also proposed to boost its aid to Ukraine by up to nine billion euros. 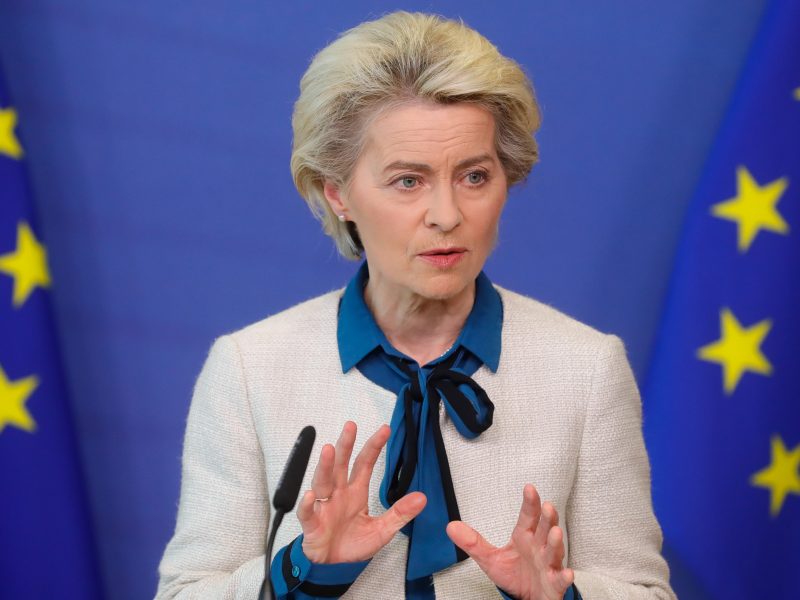 Announcing the new funding, European Commission President Ursula von der Leyen said it was time to think about rebuilding Ukraine whenever the war ends, adding the EU has “a strategic interest” to support the effort.

The discussion on how to finance Ukraine’s long-term reconstruction was however “just beginning”, Yellen said at a press conference in Koenigswinter Wednesday.

The outbreak of the war has diminished growth prospects globally and pushed inflation rates even higher.

The US Federal Reserve’s decision to raise interest rates aggressively in response to high inflation rates has created concerns that the central bank could step on the brakes too hard, hurting growth.

Yellen said Wednesday she did not “expect” a recession in the United States, but warned of the risks for Europe.

The continent, which has also been battling decades-high inflation, was “more vulnerable and of course more exposed on the energy front” as prices rise following the Russian invasion of Ukraine, she said.

Europe’s reliance on Russian energy imports for much of its needs means further disruptions to supply could come at a heavy cost for industry.

Shortages of raw materials and agricultural products caused by the conflict also threatened to heap extra pressure on consumers.

The rise in energy and food prices was being felt particularly hard in developing nations, German finance minister Lindner said, just as rising dollar interest rates made their debts harder to finance.

The combined pressures “risked turbulence”, the G7 host added, calling on China, one of the world’s biggest creditors, to be more transparent about its lending.