G7 leaders get tough on Russia 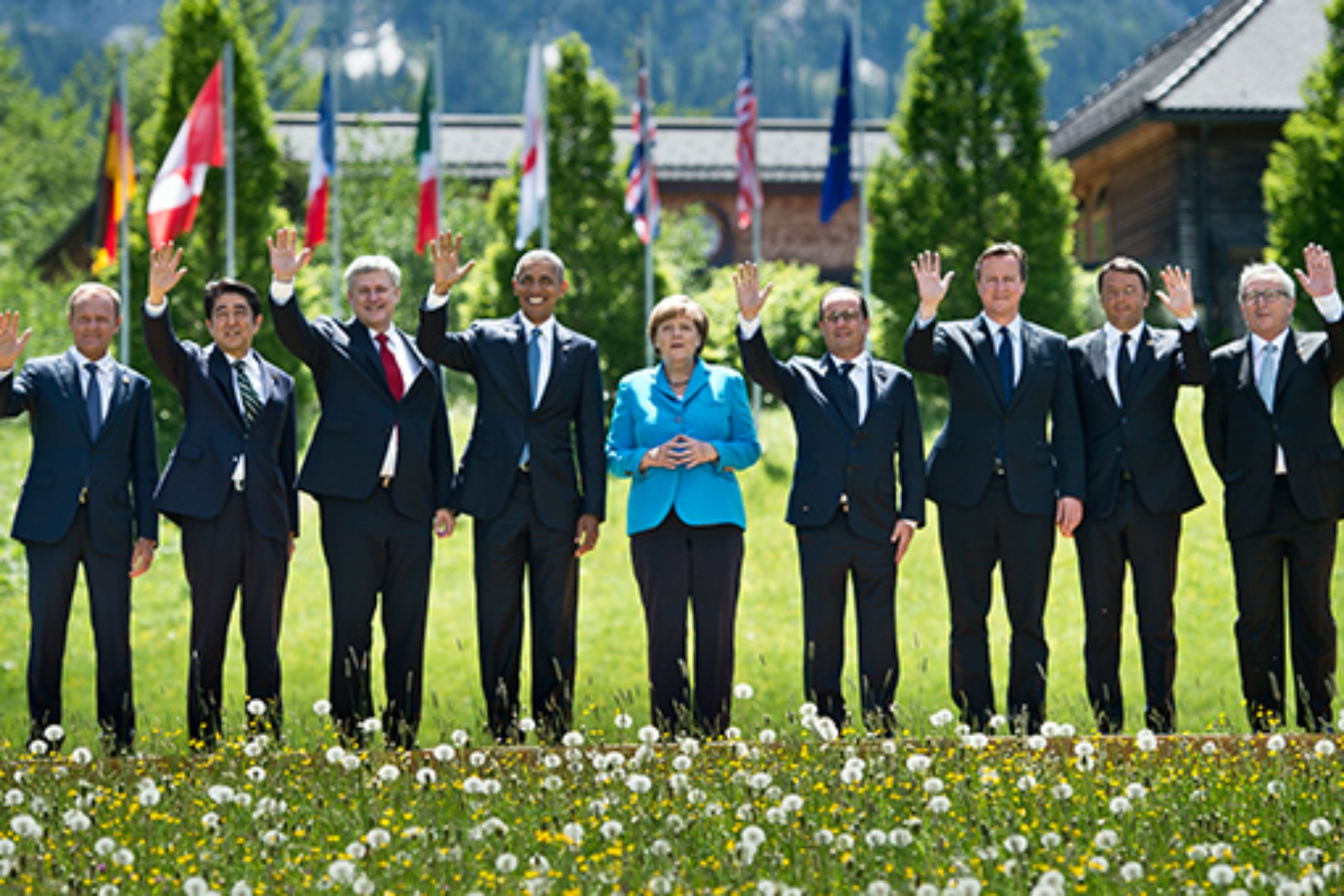 The Group of Seven (G7) leaders vowed at a summit in the Bavarian Alps on Sunday to keep sanctions against Russia in place until President Vladimir Putin and Moscow-backed separatists fully implement the terms of a peace deal for Ukraine.

The Ukraine conflict and a long-running debt standoff between Greece and its European partners dominated the first day of the annual meeting hosted by Chancellor Angela Merkel at Schloss Elmau, a luxury Alpine hotel in southern Germany.

Merkel is hoping to secure commitments from her G7 guests to tackle global warming ahead of a major United Nations climate summit in Paris in December.

The German agenda also foresees discussions on global health issues, from Ebola to antibiotics and tropical diseases. But Ukraine took centre stage on Sunday, with U.S. President Barack Obama calling for “standing up to Russian aggression”.

The leaders want Russia and Ukraine to comply with a 12 February ceasefire agreed in the Belarus capital Minsk that largely halted fighting in eastern Ukraine between pro-Russian separatists and Ukrainian government forces (see background).

EU leaders agreed in March that sanctions imposed over Russia’s seizure and annexation of Crimea and destabilisation of eastern Ukraine would stay until the Minsk ceasefire was fully applied, effectively extending them to the end of the year, but a formal decision has yet to be taken.

Merkel said any easing of the sanctions depended largely on Russia and its behaviour in Ukraine.

“That is quite a bit up to the Russians, also the Ukrainians,” she told ZDF television in an interview on the sidelines of the G7 meeting.

Merkel said she expected the G7 would send a united signal to Russia. But her tone was more conciliatory towards Moscow than European Council President Donald Tusk, who said that the only discussion on sanctions given the latest violence in eastern Ukraine could be about strengthening them.

Tusk said: “If anyone wants to start a discussion about changing the sanctions regime, it could only be about strengthening it.”

“We need to make sure Europe remains united,” Cameron told reporters at the G7.

“It (sanctions) has an impact on all countries. (But) Britain hasn’t let our pre-eminence in financial services get in the way of taking a robust response to Russian-backed aggression and I don’t think other countries should either.”

European monitors have blamed a recent upsurge in violence in eastern Ukraine on the pro-Moscow separatists. Russian President Vladimir Putin was frozen out of what used to be the G8 after Moscow’s annexation of Crimea last year.

Leaders and reporters were shuttled to the summit site by helicopter on Sunday morning after hundreds of protesters blocked the main road to Schloss Elmau.

On Saturday, thousands of anti-G7 protesters marched in the nearby town of Garmisch-Partenkirchen. There were sporadic clashes with police and several marchers were taken to hospital with injuries, but the violence was minor compared to some previous summits.

Germany deployed 17,000 police around the former Winter Olympic games venue at the foot of Germany’s highest mountain, the Zugspitze. Another 2,000 were on stand-by across the border in Austria.

2 responses to “G7 leaders get tough on Russia”