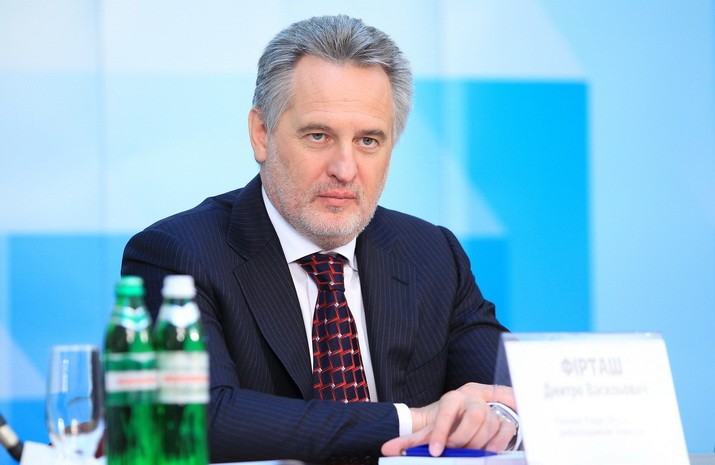 As concerns mount over Ukraine's ability to pay its import bill, Gazprom has agreed to supply discounted gas to a Ukrainian tycoon, who has previously acted as an intermediary between it and Ukraine’s Naftogaz, a company source said today (9 October).

Dmytro Firtash's Ostchem holding will purchase 5 billion cubic metres (bcm) of gas to put into underground storage, at a 30-36% discount on the price that Ukraine pays for Russian gas, the source added, confirming Russian newspaper reports.

Gazprom's CEO Alexei Miller has said the transit of Russian gas exports to Europe is once again at risk again, due to the low levels of gas in Ukrainian underground bunkers ahead of winter, when cold weather pushes up demand.

"This deal with Ostchem will make it possible to increase the level of gas storage in Ukraine and provide for safe passage of Russian gas to Europe," the source said.

With the extra volumes purchased by Firtash, Ukraine will hold 19 bcm of gas in storage, "the level required to ensure trouble-free gas deliveries to Europe in the 2013-14 winter season," Alfa Bank said in a note.

Gazprom meets a quarter of Europe's gas needs, and more than half of those energy exports to the EU flow across Ukraine. The remainder traverses Belarus or goes via the Nord Stream pipeline under the Baltic Sea to Germany.

The issue of Russian gas exports to Europe came to the fore this week, with reports that a London court froze $21.7 million (€16 million) out of a $75.8 million (€56.1 million) eurobond coupon payment by Ukraine's state oil and gas company Naftogaz.

A row between Moscow and Kiev in January 2009 over gas prices and debts led to several weeks of supply cuts that devastated eastern European countries tied to Gazprom's export pipeline network.

After the row, both countries signed a 10-year supply deal and removed Firtash's company, RosUkrEnergo, from its role as the intermediary between Gazprom and Naftogaz.

Russian President Vladimir Putin said on Wednesday Ukraine would get the volumes for underground storage at a discount, paying $260 (€192.5) per 1,000 cubic metres (tcm). He did not elaborate.

Naftogaz now pays around $400 (€396) per tcm for Russian gas, more than Gazprom's other European buyers.

Putin also said Russia will lend $750 million (€555 million) to Ukraine. It was not immediately clear who would receive the funds.

His comments on the Ukrainian gas deal came just a month before Kiev is set to sign a free trade pact with the European Union, a plan that has irked the Kremlin, which is building its own post-Soviet trade bloc.

Russia fears its market could duly be flooded by competitive EU goods entering Ukraine free of import duties and being re-exported across the long border with Russia.

If Kiev signs the EU trade deal, joining the Russia-led customs union would be out of the question, senior Russian officials say.

"During the APEC summit in Indonesia [5-7 October 2013] President Vladimir Putin said that following consultations with the Russian authorities "Gazprom" provided Ukraine with gas for underground storages (UGS) for $260 (€200) per thousand cubic meters. But this discount was received not by the state company NAK “Naftogaz”, but by the “Ostchem” company of the Ukrainian oligarch Dmitriy Firtash.

Having provided the “Ostchem” company with gas for $260 per thousand cubic meters, Kremlin is trying to showcase benefits from the participation in the Customs Union to Kyiv.

The president of Russia uses Dmitriy Firtash to demonstrate benefits which Ukraine could receive in case of entering the Customs Union.

However, granting a discount to Firtash is not a concession. Such deal is favorable to “Gazprom”: Ukraine will simply lose less money. The deal remains very favorable for “Gazprom”, since instead of paying for gas storage, the monopoly gets profit. And in times of prosperity of the “Rosukrenergo” company, “Gazprom” provided Dmitriy Firtash with daily profit of $1 million (€740.000).

Ukraine won't win from the discount given individually to Dmitriy Firtash and his “Ostchem” company. At the same time, the company receives cheap raw materials which “Ostchem” can sell with profit at the domestic market or use at its own enterprises after the termination of the heating season".

A payment dispute between Russia and Ukraine over gas supply and transit left millions of East Europeans without heating in the first three weeks of 2009.

Ukraine imports about two-thirds of the gas it consumes from Russia at a price that has been rising steadily over the last few years. It has been paying $425 (€340) per 1,000 cubic metres in the second quarter, up from $416 (€333) in the previous quarter.

Moscow has said it will cut the price for Ukraine only if Gazprom is allowed to buy into Ukrainian gas pipelines and merge the state energy firm Naftogaz with Gazprom. Ukraine has so far refused to accept the trade-off.