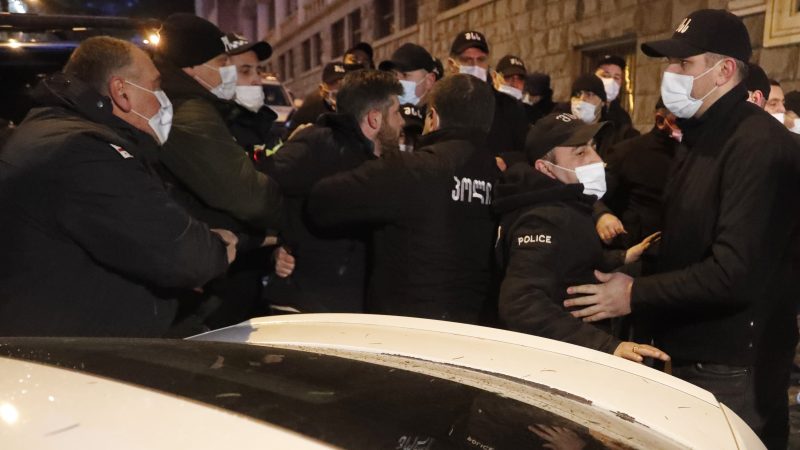 Protesters and police brawl during a protest demanding a new parliamentary election to be called, near the parliament building in Tbilisi, Georgia, 19 February 2021. [Zurab Kurtsikidze/EPA/EFE]

Hundreds of protesters rallied outside parliament to back the opposition’s calls for fresh elections after Prime Minister Giorgi Gakharia resigned Thursday over the ruling party’s plans to arrest a top opposition leader.

The move to detain Nika Melia — the chairman of the United National Movement (UNM) of exiled ex-president Mikheil Saakashvili — sparked outrage among the opposition and warnings from the Caucasus nation’s Western allies. 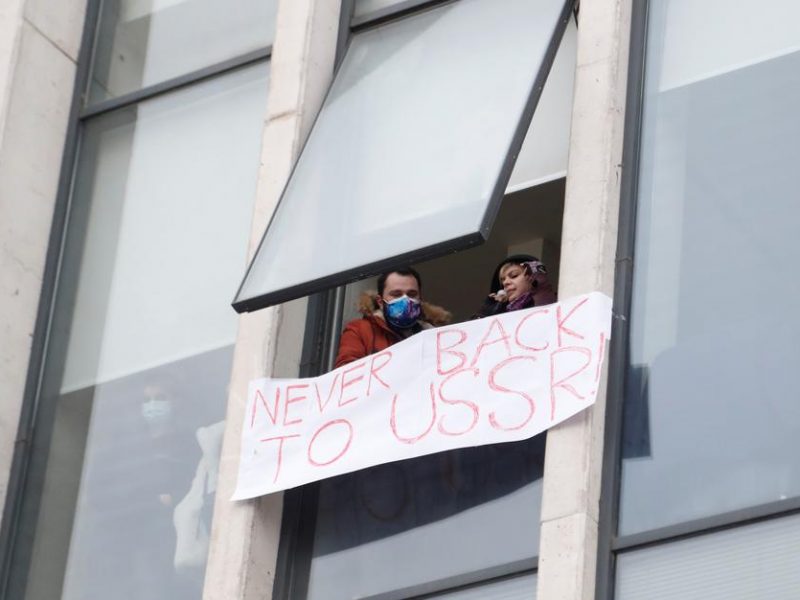 Several protesters were beaten by police and taken away in ambulances, according to footage aired by Formula TV.

“Police lawlessness has no limits,” one of the UNM leaders, Levan Khabeishvili, told journalists at Friday’s rally.

“They resort to repressions despite the opposition’s calls to de-escalate political confrontation,” he added.

A court order to place Melia in pre-trial detention has raised the stakes in the crisis over October’s parliamentary elections, which the opposition denounced as rigged after the ruling Georgian Dream party claimed a narrow victory.

Leaders of all of the country’s opposition parties have camped out at the UNM headquarters in Tbilisi since Wednesday, vowing to obstruct police plans to arrest Melia.

In his resignation statement, Gakharia said a police raid on the UNM headquarters would “pose a risk to the health and lives of our citizens.”

The United States and European Union have expressed concerns over the move, calling on the ex-Soviet country’s government to resolve the crisis peacefully and ensure its judicial system stays free of political bias.