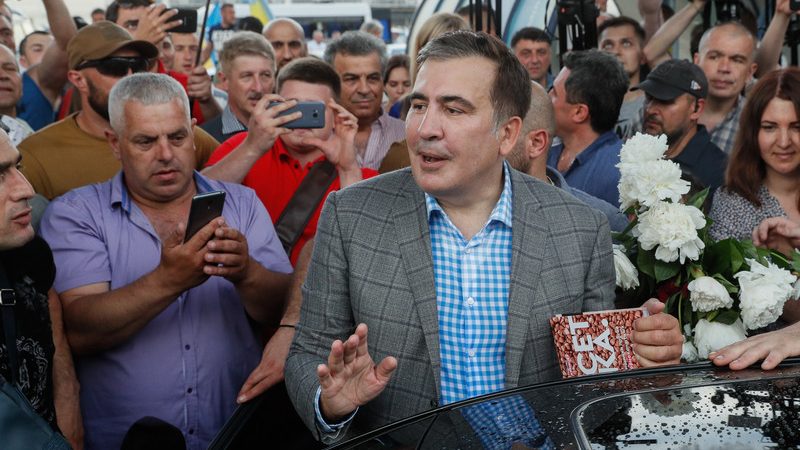 File photo. Mikheil Saakashvili (C) speaks with his supporters as he arrives to the Kyiv's airport Boryspil, Ukraine, 29 May 2019. [EPA-EFE/SERGEY DOLZHENKO]

Saakashvili’s trailing of a return from Ukraine — where he heads a government agency steering reforms — has raised the stakes ahead of Saturday’s municipal elections in the Black Sea nation gripped by a protracted political crisis.

The flamboyant pro-western reformer and Georgian president between 2004-2013 posted a picture on Facebook of a plane ticket to Tbilisi for Saturday evening, right after polling stations close.

“I will be in Tbilisi to protect, together with you, your electoral choice,” he said in a video address on the social networking site.

Georgia’s Prime Minister Irakli Garibashvili said that “if Saakashvili sets foot on Georgian soil, he will be immediately arrested and brought to prison.”

The founder of Georgia’s main opposition force, the United National Movement (UNM), 53-year-old Saakashvili is wanted by the Georgian authorities on abuse of office charges, which he says are politically motivated.

In May, European Council President Charles Michel mediated an inter-party agreement under which Georgian Dream pledged to call snap parliamentary polls if it garners less than 43% of the vote in Saturday’s local elections.

But in July the ruling party unilaterally withdrew from the agreement, sparking harsh criticism from the European Union and the United States.

In his video address Monday, Saakashvili insisted the EU-mediated deal remained in force, saying the upcoming elections “are a referendum on (the Georgian Dream founder Bidzina) Ivanishvili’s removal from power.”

Oligarch Ivanishvili — Georgia’s richest man and a former prime minister — is widely believed to be calling the shots in Georgia but insists he is no longer a political player.

Critics accuse him of using prosecutions to punish political opponents and critical journalists.

With concerns mounting in the West over the ruling party’s democratic credentials, the United States has hinted at possible sanctions against Georgian Dream officials. 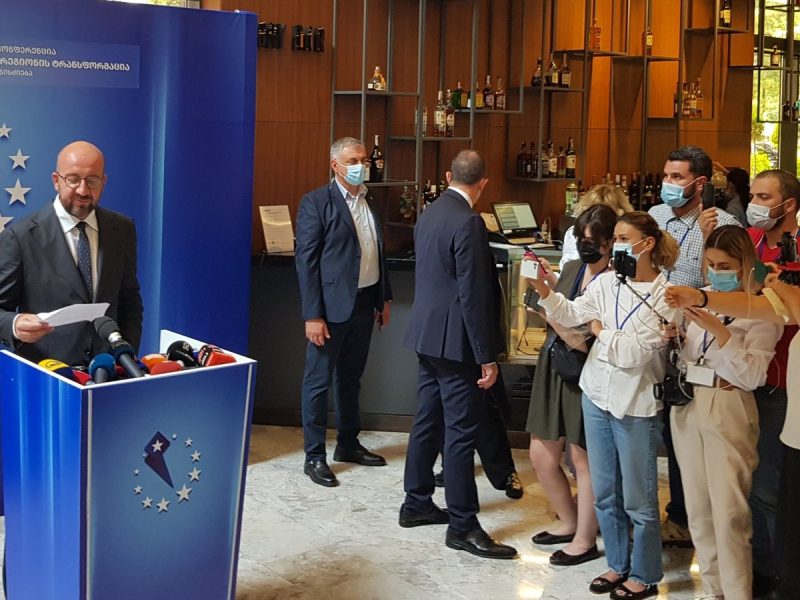