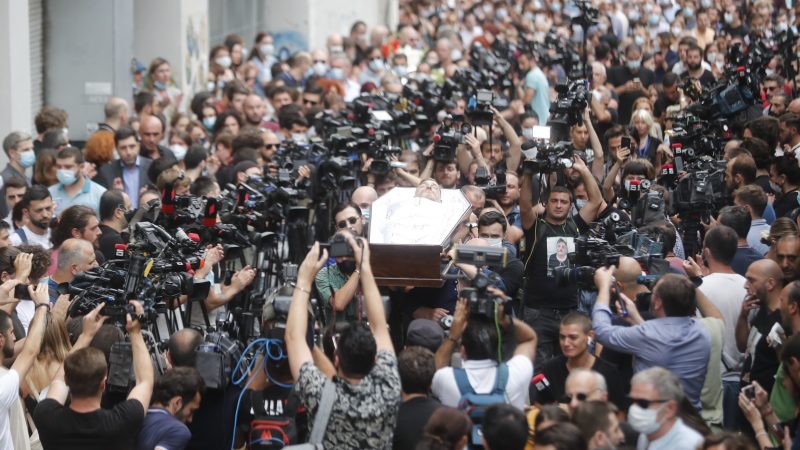 Four independent Georgian TV stations suspended broadcasts for 24 hours on Wednesday (14 July) in protest over attacks against journalists and the death of a cameraman.

Demonstrations erupted in the capital Tbilisi following the death on Sunday of Alexander Lashkarava, a 37-year-old cameraman working for independent TV station Pirveli, less than a week after he was assaulted by a violent mob protesting against a planned LGBTQ Pride parade. 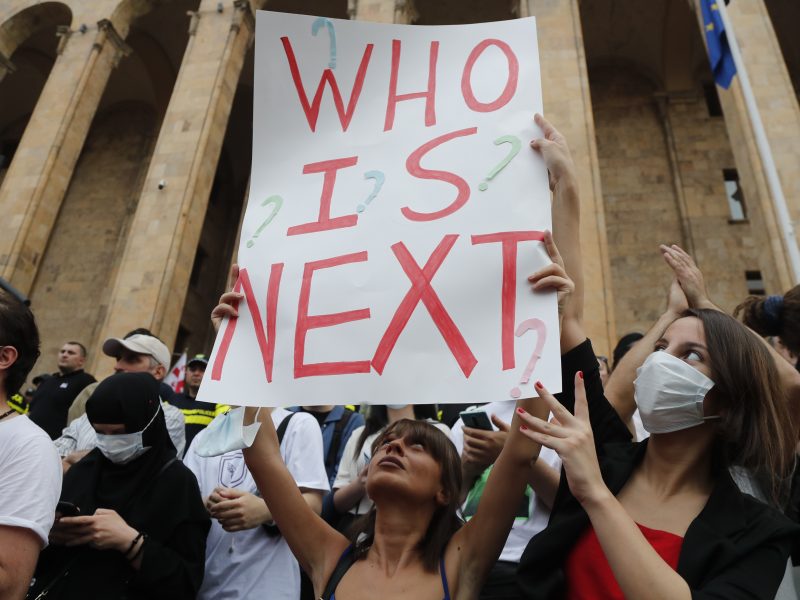 Thousands rally in Georgia after death of TV cameraman

Thousands rallied in Georgia on Sunday (11 July) demanding the government to resign following a TV cameraman’s death after being badly beaten by far-right assailants during a protest against an LGBTQ Pride march.

His death, and the beating of dozens of other journalists by the mob, has prompted a wave of outrage in the Caucasus country and abroad, with Reporters Without Borders (RSF) saying it “marks a disastrous turning point for the freedom to inform in Georgia.”

“Garibashvili must resign. All those who attacked journalists on July 5 must be prosecuted,” they said in identical statements on their Facebook pages.

Instead of regular programmes, the four national broadcasters were showing a scrolling list of more that 50 journalists who sustained injuries in last week’s attacks including concussions, chemical burns and broken arms.

Hundreds of journalists turned out on Tuesday for Lashkarava’s funeral, which saw his coffin carried through a corridor of colleagues with their cameras lowered on tripods.

Garibashvili expressed condolences to Lashkarava’s family and colleagues and promised a prompt investigation into the cause of his death, which he has called an “incredible tragedy.”

The United States and European Union have condemned the attacks on journalists and called for the prosecution of those responsible.

Asked Wednesday about possible sanctions against Georgian officials over the attacks, US State Department spokesman Ned Price told a press briefing: “We have a number of tools to hold accountable those responsible in some way for human rights abuses, for violence around the world. Sanctions are indeed one of those tools.”

RSF has accused authorities of “culpable passivity” and said police had failed to protect journalists.

These groups are seen as supporters of the ruling party and have staged protests against pro-Western opposition parties, attacking opposition leaders and activists.