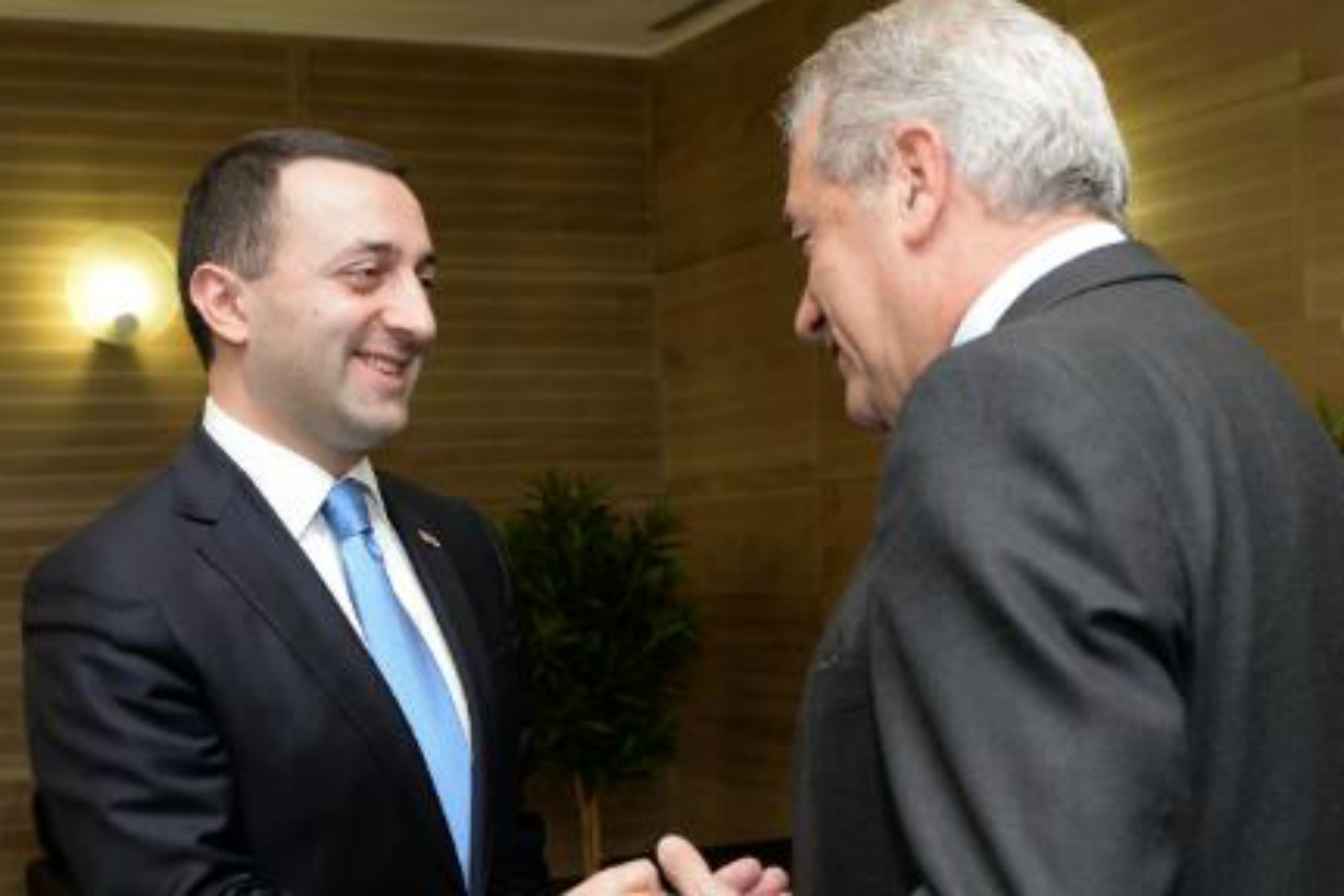 Georgia’s prime minister Irakli Garibashvili told the European Union and NATO yesterday (17 November) that his country remained firmly committed to integration with both organisations after his dismissal of a pro-Western minister caused a political crisis.

Garibashvili sparked the resignation of his foreign minister and the walkout of one of the six parties in his coalition this month by dismissing his pro-Western defence minister, Irakly Alasania.

The centre-right EPP political family has expressed serious concern over the political developments in Georgia. Opposition leaders told the European Parliament on 13 November that intensifying political persecution in his country was favouring Russia.

Garibashvili sought to reassure senior NATO and EU officials during a visit to Brussels that the former Soviet republic, which fought a 2008 war with Russia, remained firmly set on a pro-Western course.

He told EU foreign policy chief Federica Mogherini that Georgia’s path towards integration with Europe was irreversible and a “civilizational choice”.

“I have an ambition to make my country a success story in the region using the transformative power of the European integration process,” he told a news conference.

After talks at NATO headquarters, Secretary-General Jens Stoltenberg said Garibashvili had emphasized that Georgia was “continuing on its path towards more Euro-Atlantic integration and I very much welcome that commitment.”

Georgia’s ambition of joining NATO puts it at odds with Russia. After the 2008 war, two breakaway provinces, Abkhazia and South Ossetia, declared independence with Russian backing.

Moscow has proposed a new treaty with Abkhazia, which is viewed in Tbilisi as a step towards full Russian annexation.

Garibashvili voiced deep concern at Russia’s proposal, which follows Moscow’s annexation of Ukraine’s Crimea region in March, and Mogherini said the EU would raise the issue in contacts with Moscow.

Garibashvili’s opponents accuse him of using the justice system to persecute political opponents.

Both Mogherini and Stoltenberg stressed the need for strengthening the rule of law in Georgia.

“Political retribution, confrontation and polarisation should be avoided and space for opposition and cross-party dialogue should be ensured,” Mogherini said.

Georgia and the EU signed a trade and cooperation agreement in June.

At a summit in September, NATO leaders agreed on a package of measures to help Georgia advance in its preparations towards eventual membership of the alliance, although its hopes of taking a formal step towards NATO accession were dashed.

As part of the package, Georgia will host a new NATO-Georgia Training Centre that will help Georgian forces hone their ability to work with NATO, Stoltenberg said.

Vladimir Putin, then the prime minister of Russia, was quoted at the time by a French diplomat as saying that he wanted Georgian President Mikheil Saakashvili hanged.

Privately, EU representatives generally recognise that Saakashvili was to blame for the August war. Saakashvili in no longer president, but he still enjoys Western support as a symbol of the 2003 'Rose Revolution' in Georgia.