Georgia's new President Salome Zurabishvili (R) is seen with Ilia II of Georgia, Catholicos-Patriarch of All Georgia, the inauguration ceremony in Telavi, some 120km from Tbilisi, Georgia, 16 December 2018. [Pool/EPA/EFE]

French-born Zurabishvili, backed by the ruling Georgian Dream party, won 59.5% of votes at last month’s runoff which the opposition called rigged and international observers said was marred by unfair use of state resources. 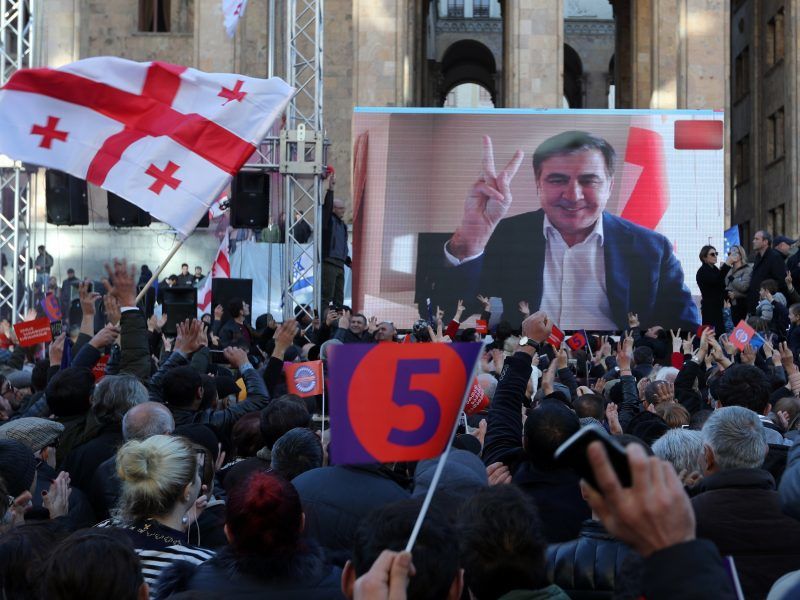 Several thousand opposition supporters made for Telavi in a convoy of cars and buses, but police blocked the road, beating some activists with batons, a Reuters reporter said.

Zurabishvili, 66, daughter of Georgian émigrés and now the country’s first female president, chose for her inauguration an 18th century palace in the eastern town of Telavi as she lost the vote there but wanted to demonstrate inclusiveness. 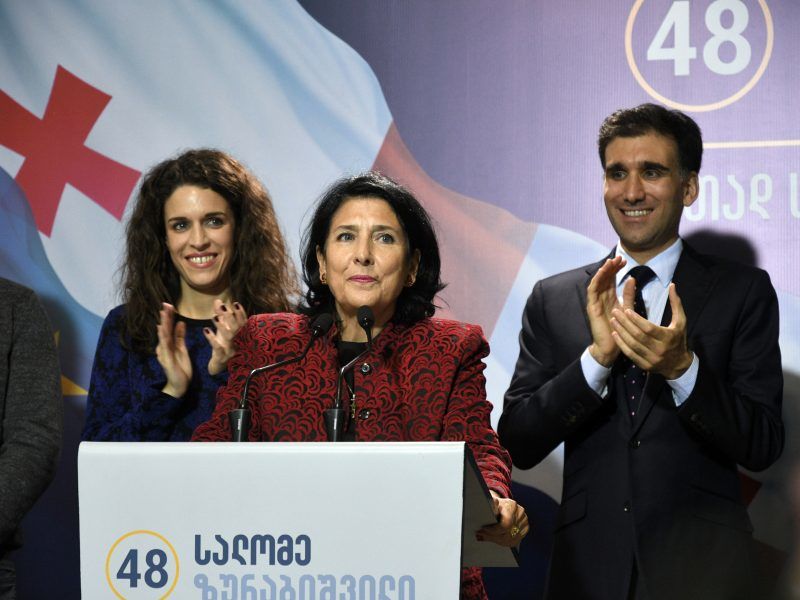 “I know different parties have different opinions about recognising me as president, but I take responsibility to be president for all Georgians,” she said in her speech.

With the prime minister and government wielding most executive power, the presidency is largely ceremonial but is still the international face of a nation seeking better relations with the West to counter Russia’s influence.

“The new constitution of Georgia reflects the will of the Georgian people regarding Georgia’s unhindered movement towards the European Union and NATO,” she said.

“With the assistance of our strategic partner the United States and European friends, I will contribute to this process.”

Having worked in France’s diplomatic service before becoming Georgia’s foreign minister from 2004-2005, Zurabishvili said she would use that experience to promote her nation’s aspirations to join the EU bloc and NATO transatlantic military alliance.

Wearing a white coat and red shirt in the colours of Georgia’s flag, she criticised Russia’s occupation of the breakaway regions of Abkhazia and South Ossetia.

“Russia, as a neighbour in the Caucasus, must realise that if it wants to be a full-fledged member of the international community, and intends to restore normal relations in this region, it must prove, both in words and fact, that it recognises all norms of international law,” she said.

The ruling Georgian Dream party that backed Zurabishvili was founded by billionaire banker Bidzina Ivanishvili whom critics say rules the nation from behind the scenes.

Accompanied by EU foreign policy chief Javier Solana and Commission President José Manuel Barroso, French President Nicolas Sarkozy is in Moscow today (8 September) before heading to Tbilisi this evening to discuss the implementation of the peace plan he brokered at the outbreak of the Russia-Georgia conflict a month ago.