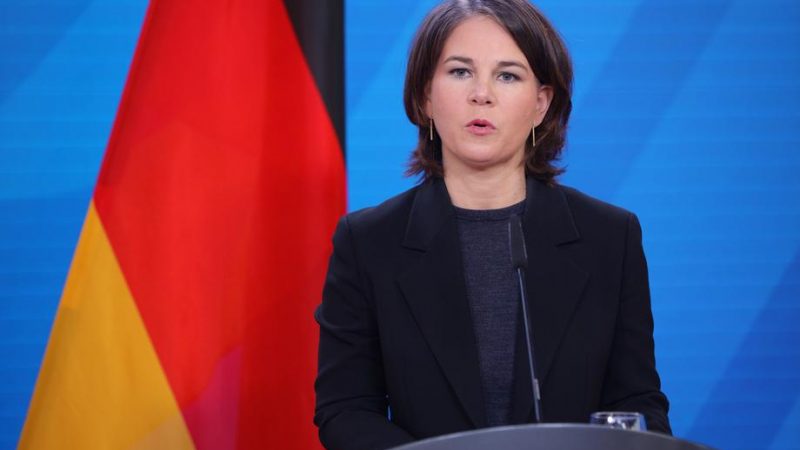 With his country fighting for its existence two weeks since the incursion, Ukrainian leader Volodymyr Zelensky has urged his Western allies to levy additional sanctions against Moscow, including boycotting its lucrative oil and gas sector.

“We are now in very active discussions with our European partners about banning the import of Russian oil to our countries, while of course at the same time maintaining a steady global supply of oil,” US Secretary of State Antony Blinken told NBC talk show “Meet the Press.”

“The actions we’ve taken to date have already had a devastating impact on the Russian economy,” he added, referring to biting sanctions that have economically isolated Russia and its president, Vladimir Putin.

With Western nations mulling the prospect of a boycott, Ukraine’s Foreign Minister Dmytro Kuleba waded into the debate to strongly call for a ban on such imports, saying Russian oil “smells of Ukrainian blood.”

But in Germany, which currently holds the rotating presidency of the G7, foreign minister Annalena Baerbock said such a move would be pointless since it could not be sustained long term.

“It’s no use if in three weeks we find out that we only have a few days of electricity left in Germany and therefore we have to go back on these sanctions,” she told a German public broadcaster.

In a separate interview, she added that Germany was prepared “to pay a very, very high economic price” but “if tomorrow in Germany or Europe the lights go out, it’s not going to stop the tanks”.

“We should not limit our ability to sustain ourselves,” he told the newspaper Bild.

Instead of boycotting Russian energy, the next round of G7 sanctions against should hit oligarchs who have gotten rich under President Vladimir Putin, the finance minister suggested.

“Those who have profited from Putin and stolen the wealth of the Russian people, also through corruption, cannot enjoy their prosperity in our western democracies,” Lindner told ARD television.

On Thursday, the United States and the United Kingdom added more Russian oligarchs to a blacklist of businessmen associated with the Kremlin already targeted by the European Union.

The same day, France said it had seized a superyacht owned by Russia’s oil czar Igor Sechin on the French Riviera.

Russia is already dealing with a wave of sanctions designed to isolate it from the international financial system.

Putin has likened the global blacklisting to a declaration of war.

European and British gas prices surged to record peaks last week on supply disruption fears. And oil prices continued to push higher, with Brent futures ending at $118.11 a barrel, the highest level since 2008.

Like Blinken, European Commission president Ursula von der Leyen, who has spoken of ramping up sanctions on Russia, did not fully advocate an outright ban on Russian oil — at least not yet.

“The goal is to isolate Russia and to make it impossible for Putin to finance his wars,” she told CNN on Sunday. “For us, there is a strong strategy now to say we have to get rid of the dependency of fossil fuels from Russia.”

“I think… you can construct a plan to phase that in rapidly,” Senator Marco Rubio told ABC. “We have more than enough ability in this country to produce enough oil to make up for the percentage we buy from Russia.”

Only eight percent of imports of crude oil and refined products to the United States come from Russia, according to Lipow Oil Associates in Houston, Texas.