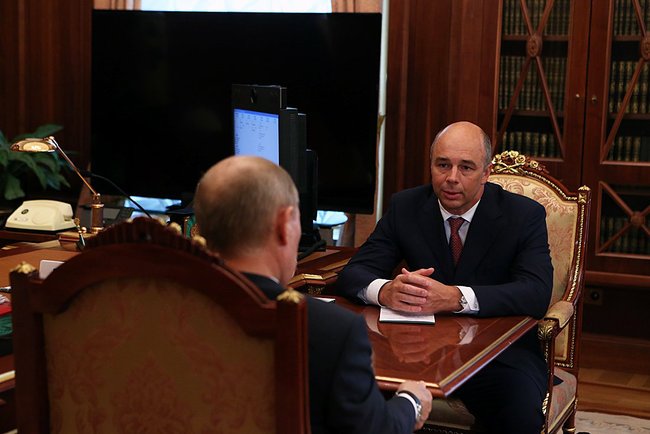 Russia made a U-turn, offering flexibility yesterday (16 November) for the repayment of $3 billion of Ukrainian debt, a move swiftly welcomed by the International Monetary Fund as a positive step.

Russian Finance Minister Anton Siluanov had said earlier on Monday that his country wanted to reach a compromise over Ukraine’s debt to Russia and had made an “interesting” offer to settle the issue.

The 11th-hour offer represents an apparent U-turn by Russia, which has been insisting for months that it expects Ukraine to repay the debt in full when it falls due next month and would treat any failure to do so as a default.

Siluanov did not provide any details about what the Russian offer involves, other than to say that Russia continues to regard restructuring on the same terms as commercial creditors as unacceptable.

Siluanov revealed the offer after a meeting with the head of the International Monetary Fund, Christine Lagarde, who is also attending the Group of 20 summit in Turkey.

“Russia made an offer about the procedure for payment by Ukraine. This proposal will be interesting and placed at the basis of regulating (the debt),” Siluanov said on the sidelines of the summit. “We consider restructuring on the terms of commercial creditors unacceptable.”

The two neighbors have been at loggerheads over the issue since then, in the context of the wider deterioration in relations caused by Russia’s annexation of Crimea and support for separatists in Ukraine’s east.

The political upheaval and war in Ukraine have caused a severe deterioration in government finances as a result of which Ukraine needed a new bail-out from the IMF, which insisted on a restructuring of government debts.

Ukraine reached a deal with commercial bondholders in August, under which they agreed to a debt swap which includes a 20% writedown on the principal and coupon cuts.

Russia has repeatedly insisted that the Ukrainian bonds it holds are not subject to the restructuring agreement because they represent a loan from a sovereign creditor.

It has threatened to take Ukraine to court if it fails to redeem the bonds in full when they mature on 20 December.

“It’s not a matter of compromise … The legal structure of the restructuring for all the Eurobonds has a most-favored creditor clause that says that we cannot provide better terms for any holdouts,” Yaresko said in an interview with Reuters.

“Therefore that is the structure within which we will have to work.”

Yaresko also said she was willing to meet her Russian counterpart and that she would “continue in good faith to try and reach some type of agreement”.

Russia’s offer follows signs the IMF is preparing to change its rules over debts to sovereign creditors, in effect refusing to support Russia in its claims against Ukraine, even though the Fund’ rules say it cannot lend to countries which are in arrears to other governments.

Russia has criticized the proposed rule changes. “We are concerned that the changes in the policy of the Fund are forced in the context of a very politicized issue of restructuring of the Ukrainian debt,” Siluanov said on 30 October.