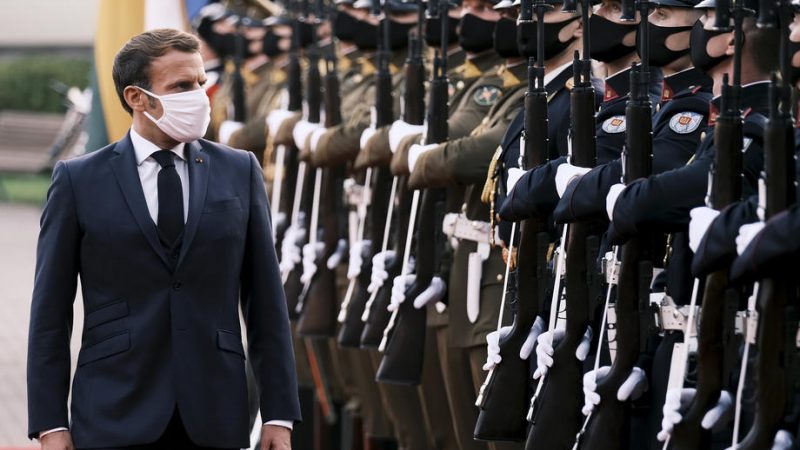 French President Emmanuel Macron met Belarusian opposition leader Sviatlana Tsikhanouskaya in Vilnius on Tuesday (29 September), the second day of a visit to Baltic countries meant to reassure them about French commitment to their security.

In a private meeting that lasted over half an hour, Tsikhanouskaya said Macron had pledged her to help negotiate with the Belarus authorities and secure the release of political prisoners.

A day earlier, she told AFP that Macron could be “one of the mediators” and could involve his Russian counterpart Vladimir Putin in a dialogue between government and opposition.

After the meeting with Tsikhanouskaya, Macron pledged “pragmatic” European support for the people of Belarus.

“We had a very good discussion but now we need to be pragmatic and to support the Belarusian people and we will do our best as Europeans to help mediate”, Macron said, without elaborating.

He also invited Tikhanovskaya to address the French parliament.

It was Tikhanovskaya’s most high-profile meeting with an international leader since the elections on 9 August and her going into exile to Lithuania.

She has previously met with leaders of Poland and Lithuania, countries that have taken a lead in European diplomacy on Belarus, and with EU foreign ministers in Brussels in mid-September.

Next week she is scheduled to hold a meeting with German Chancellor Angela Merkel, Tikhanovskaya told Radio France Internationale (RFI).

On Sunday, he called upon Belarusian leader Alexander Lukashenko to quit, hardening his stance as tens of thousands marched in Belarus for a seventh straight weekend to demand Lukashenko’s departure.

In the past weeks, Western countries had refused to recognise Lukashenko as a legitimate leader and called on him to peacefully transfer power.

Moscow has made clear it continues to back Lukashenko as leader of Russia’s closest ally.

Macron, speaking to students of Vilnius University, emphasised the need to step up efforts to defend democracy in Belarus.

“We want to defend democracies and fight foreign attacks against our national election campaigns,” Macron said.

Eastern European patience has been running thin as the EU has failed to enact even the mildest sanctions it threatened on Belarus: a list of around 40 officials who would be hit by travel bans and asset freezes.

However, a decision on the list is stuck because of opposition from Cyprus, which has good relations with Lukashenko’s Russian allies and continues to block the adoption of sanctions in an attempt to force a decision on sanctions against Turkey over a  long-running maritime gas drilling dispute. 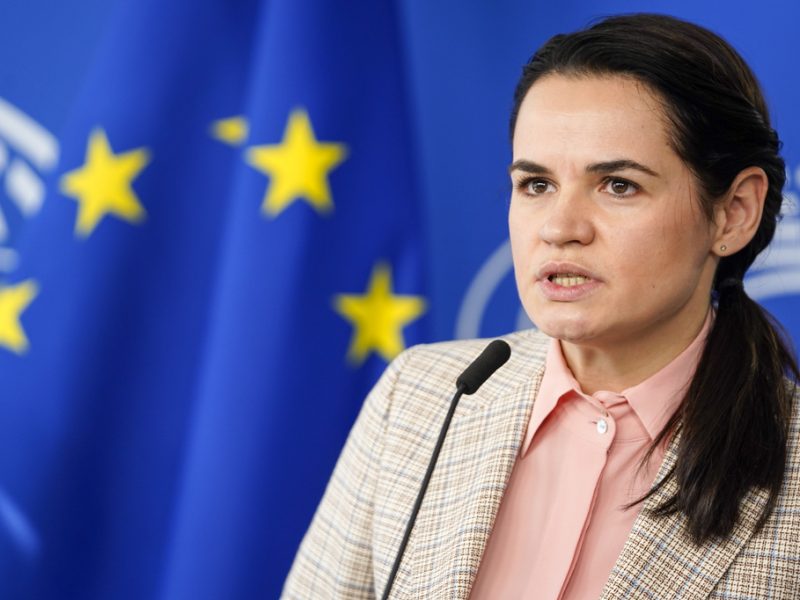 Over the past few years, the French president has repeatedly been accused of hubris over his bid to repair Europe’s relations with Moscow.

Many of France’s allies — notably Germany, the Netherlands, Poland and the Baltic states — are wary, and several want to maintain or reinforce EU sanctions against Russia, imposed over the 2014 Crimea annexation.

In light of his Russia reset, Macron is keen to reassure Baltic countries that his policy of “strategic dialogue” with Russia, initiated about a year ago, and his criticism of NATO late last year, does not mean weaker French commitment to the security of eastern European countries. 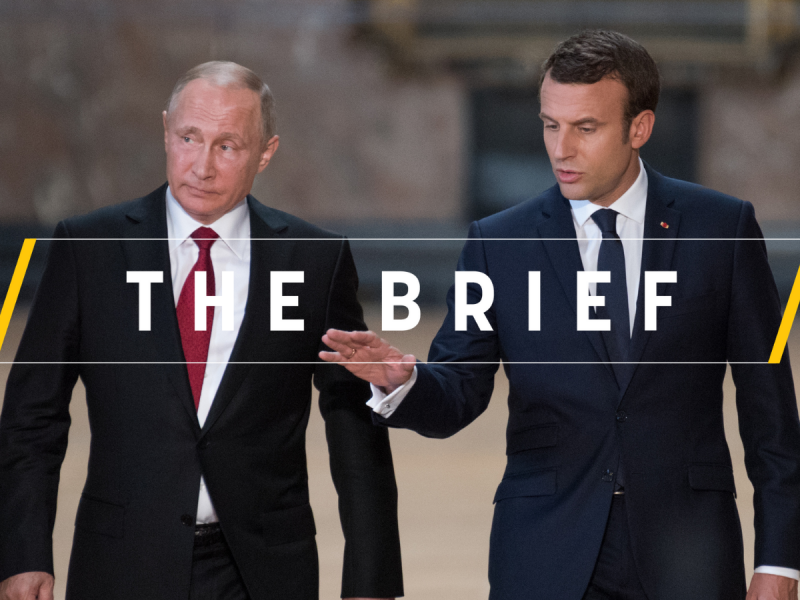 Reaching out to Russia will make Europe less dependent on the US and turn it into a more assertive, autonomous foreign policy actor. At least that seems to be French President Emmanuel Macron’s thinking. But this stance is becoming increasingly problematic for Europe and has started to erode France’s own credibility.