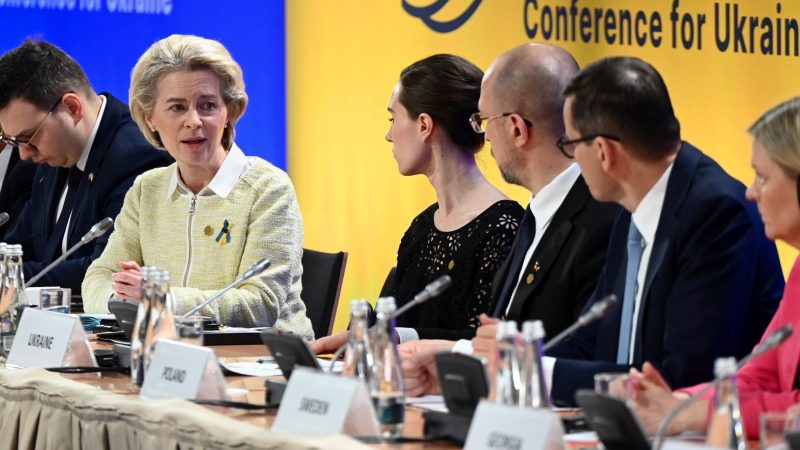 An international donors conference in Warsaw on 5 May 2022 collecting funds for Ukraine raised around $6.5 billion, Poland's Prime Minister Mateusz Morawiecki said. [Twitter account of the President of the European Commission]

The conference, aimed at helping Ukraine deal with the economic and humanitarian fallout of Russia’s invasion, was hosted by Poland and Sweden, in cooperation with the Presidents of the European Commission and the European Council.

During a news conference at the end of the event, Morawiecki gave higher estimate, saying more than 7 billion euros had been raised. A Polish foreign ministry spokesperson did not immediately respond to a request for clarification from Reuters.

Countries such as France, Finland, the Czech Republic, Croatia and others pledged millions of euros to support humanitarian and military efforts in Ukraine.

Just attended Donors Conference for #Ukraine in 🇵🇱 & made a pledge to donate additional financial aid of 540 thousand €. Ever since the war broke out, #Slovakia's given 🇺🇦 over 541 mil.€ for:
– refugees
– human. aid
– medicine
– military@Denys_Shmyhal @MorawieckiM @SwedishPM pic.twitter.com/Blx4h3IEDh

The European Commission also pledged 200 million euros in aid for displaced people in Ukraine, it said in a statement.

The EU has mobilized €4 billion in financial support for Ukraine since the start of the invasion, Commission President Ursula von der Leyen said.

We cannot match the bravery and sacrifices of the Ukrainian people.

But we stand by your side, supporting you with our economic power.

We have mobilised €4 billion in financial support from the EU level since the start of the invasion. pic.twitter.com/J6ylZEaaBP

“We must do much more to deliver practical support now […] to make sure that nurses, doctors, and teachers can be paid on time and Ukraine can continue to function, he said.

Ukraine has received more than $12 billion in weapons and financial aid since Russia’s invasion on 24 February, Ukraine’s Prime Minister Denys Shmyhal added in a statement at the end of the event.