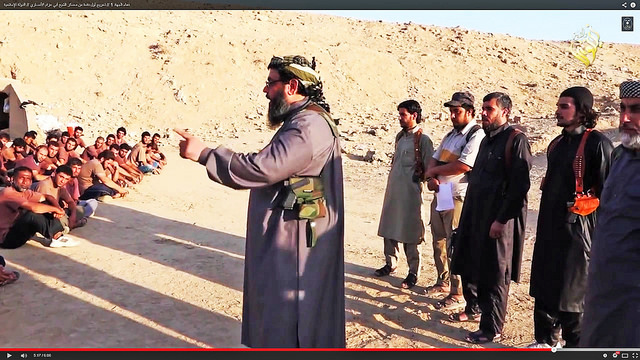 As the Islamic State’s attempt to carve out a new caliphate in Syria and Iraq continues, the terrorist organisation has found a fertile source for recruits in poverty-stricken Kosovo.

An estimated 200 Kosovo Albanians have joined jihadi groups in Syria and Iraq, and like several European countries, authorities in Pristina have passed laws criminalising involvement in foreign conflicts.

But understanding the motivation of the potential recruits is essential for addressing the issue in this poor, majority Muslim territory, according to Radio Free Europe / Radio Liberty.

Representatives of the Islamic Community of Kosovo believe that the main reasons for the departure of of Kosovar youths to Syria and Iraq are financial gain, and a lack of information about the war they are joining.

Islamic Studies professor Xhabir Hamiti believes there are various factors that push Kosovo’s young people to fall in with organisations like Islamic State. Hamiti points out that those undertaking the journey were unable to clearly identify their objectives or motives, and had little understanding of the global geopolitical and geostrategic interests in that part of the world.

The true Islamic religion is grounded on real and healthy principles, Hamiti commented.

Islamic Community of Kosovo Secretary General Resul Rexhepi believes it is the influence of certain individuals that has persuaded his country’s young people to head for Syria. He stressed that the war being waged in the region is not a holy one.

“It’s possible they are being paid for it. How much I don’t know, but no one goes for 10 or 20 euros. The sum in question leaves a good impression on them, which is why they try to obtain it. But however big that sum may be, one should not sell their one’s soul and body for money. There have always been mercenaries and every war has had them,” Rexhepi told RFE/RL.

The departure of young people from Kosovo to the Middle East is a disturbing occurrence, but according to Rexhepi, interest in joining the jihad is in decline, and the number of Kosovars leaving to swell the ranks of the Islamic State is lower than it was last year.

Kosovo’s Interior Ministry officials say that some 300 people from Kosovo are involved in the war in Syria and Iraq, while last year, tens of citizens were arrested, some of them imams, on suspicion of having taken part in the fighting in Syria and Iraq on the side of the Islamic State and al-Nusra Front.

However, most of them were released.

The Kosovo Assembly passed a law in March banning the participation of Kosovars in foreign conflicts, which foresees a prison sentence of between five and 15 years for foreign fighters, those who incite others to join up and those that hide the perpetrators of such acts.