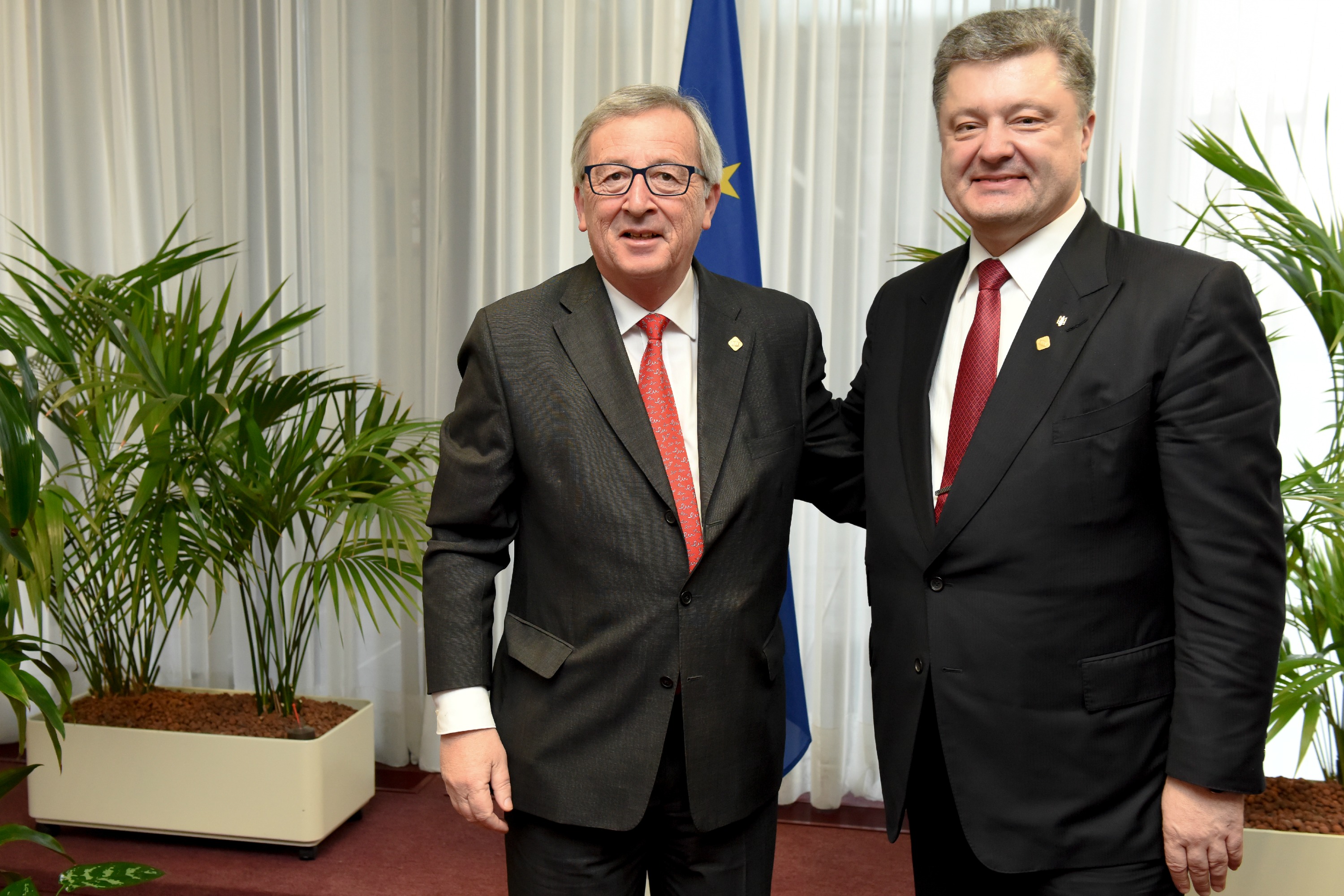 European Commission President Jean-Claude Juncker yesterday (25 March) said he will visit Kyiv next week on his first bilateral trip since taking office in November, in a show of support for Ukraine’s embattled government.

Juncker, who will be accompanied by EU foreign policy chief Federica Mogherini, will jointly lead a cabinet meeting with President Petro Poroshenko during the visit on Monday.

“I am going next Monday to Kyiv, where the president of the Ukrainian republic is doing me the honour of being co-chair of the cabinet,” Juncker told lawmakers in the European Parliament.

He gave no other details about the visit, which comes amid strong support by the European Union for Ukraine’s pro-Western government as it battles pro-Russian separatists in the east and economic chaos.

Juncker announced in November that his first bilateral trip as head of the Commission, the executive arm of the 28-nation EU, would be to Kyiv.

Juncker’s ceremonial stint at the head of the Ukrainian cabinet comes after two top Ukrainian officials were arrested on corruption charges and led away in handcuffs from a televised cabinet meeting.

On Wednesdays, the European Parliament formally approved new economic aid worth €1.8 billion for Ukraine, two-thirds of which could be disbursed by the end of the 2015.

The EU agreed on the aid, in the form of loans, in January.

“Ukraine is not alone. Europe stands united behind Ukraine and the reform agenda of the new government,” Juncker said in January when he announced the aid.

Valdis Dombrovskis, the European Commissioner for the Euro and Social Dialogue, indicated on Wednesday that the EU could give more money in future.

No EU money for military operations

“We’ll need to discuss further assistance in coming months,” he said on Twitter. “To clarify: the financial assistance to Ukraine cannot be used for military operations.”

European sources said they were considering a further €700 million, but there was no official confirmation.

The EU cash was offered as part of an International Monetary Fund programme aimed at mobilising up to $40 billion (€36.5 billion), for which creditors have demanded reforms by the Ukraine government.

The European Union has until now released €1.36 billion for Ukraine through two economic aid programmes worth a total of €1.6 billion.

Brussels has also imposed heavy economic sanctions on Moscow, which is accused of sending weapons and troops in support of the pro-Russian rebels.

Moscow has denied any such involvement in the conflict that has cost more than 6,000 lives since April.

It was the collapse of a mooted EU-Ukraine trade agreement in November 2013 that sparked protests which ousted Poroshenko’s pro-Kremlin predecessor Viktor Yanukovych, and was followed by the Russian annexation of Crimea, and the current unrest in eastern Ukraine.

The leaders of Germany, France, Russia and Ukraine gave their support to a deal to end fighting in eastern Ukraine, following 17-hour long negotiations in the Belarussian capital Minsk, on 12 February.