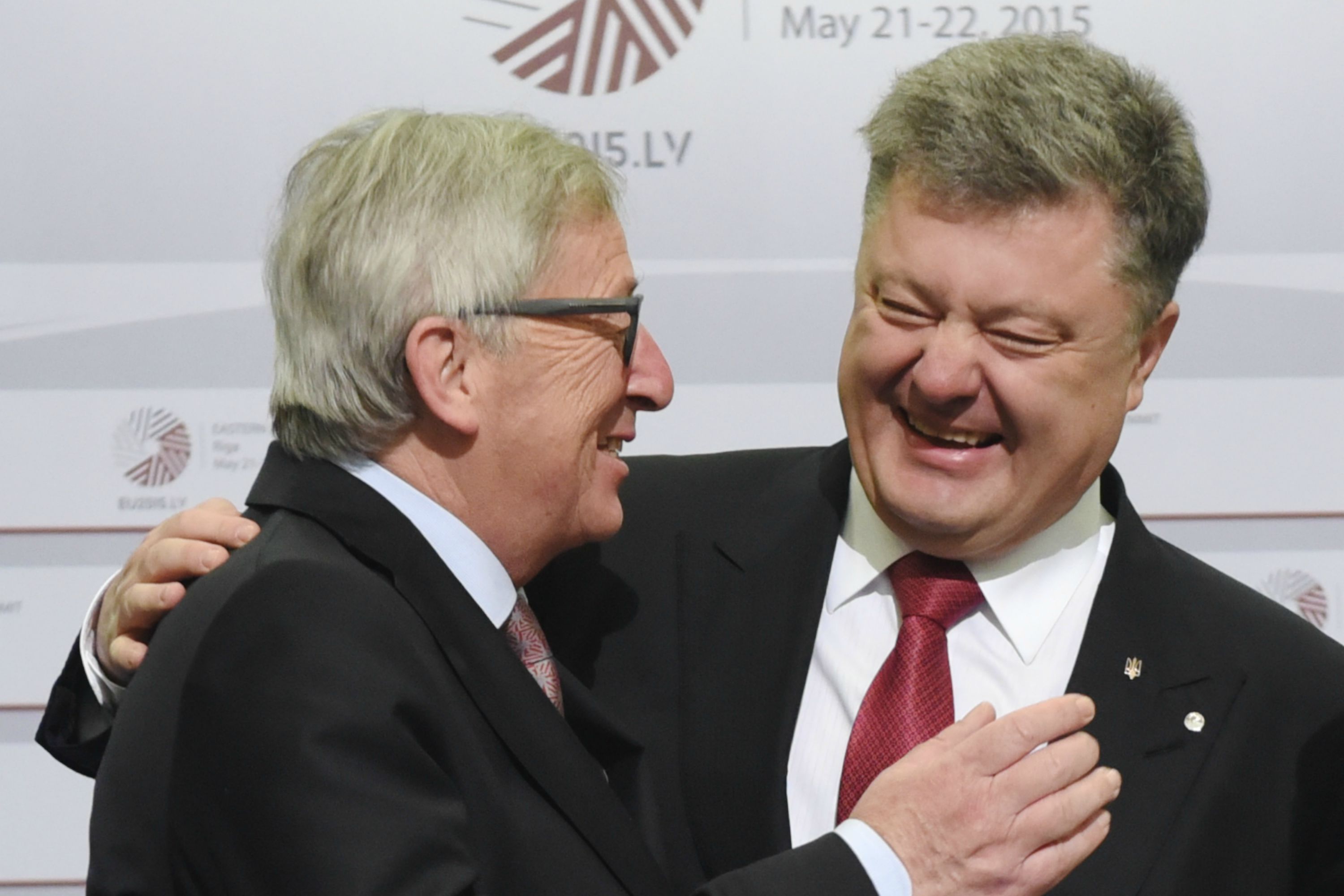 An escalation in fighting is threatening a peace deal signed in February in the Belarus capital of Minsk between the pro-Western Ukrainian government and pro-Russian separatists.

The Brussels talks will follow meetings Poroshenko will have on Monday in Berlin with German Chancellor Angela Merkel and French President François Hollande, who were both present at the Minsk agreement’s signing.

>>Read: Western leaders to ask Poroshenko to deliver on the Minsk agreement

Russian President Vladimir Putin will not participate in the meeting.

A communiqué of the Ukrainain President says that the meeting in Berlin is “aimed at the formation of rigid coalition on countering Russian aggression”.

“The key task of the Ukrainian authorities is to form a powerful international coalition that will stop the aggressor. These clearly coordinated actions are related both to countering the aggression in the East of Ukraine and non-recognizing the annexation of Crimea,” Poroshenko is quoted as saying.

The Ukrainian leader says the meeting in Germany will be held at the initiative of Ukraine. “We are displeased with the non-fulfillment of the key items of commitments undertaken by the Russian party, inter alia, the withdrawal of heavy artillery,” Poroshenko said.

Others take the view that the Berlin meeting is aimed at putting pressure on Poroshenko to deliver on the Minsk agreements.

>>Read: Western leaders to ask Poroshenko to deliver on the Minsk agreement

The EU’s External Action Service said on 11 August that mounting attacks in government-held areas of eastern Ukraine violated “the spirit and the letter of the Minsk agreements”, without explicitly blaming pro-Russian separatists.

Similarly, on 17 August, a Commission spokesperson spoke of the need of both sides to observe the ceasefire, on the occasion of a recent escalation of violence near the city of Mariupol.

Some Kyiv politicians accuse Moscow of planning a new rebel offensive that could rattle the Ukrainian leadership enough to reverse its plans to implement a landmark trade treaty with the European Union at the start of next year.

Russia has already threatened to expand its list of banned Ukrainian food imports should the agreement go into effect.

Yet Poroshenko has said that he and Juncker had agreed by telephone that the “free trade zone should be strengthened as of 1 January”.

The United Nations believes the conflict — Europe’s deadliest since the 1990s wars in the Balkans — has killed more than 6,800 people and driven 1.4 million from their homes.

0 responses to “Juncker to receive Poroshenko on 27 August”