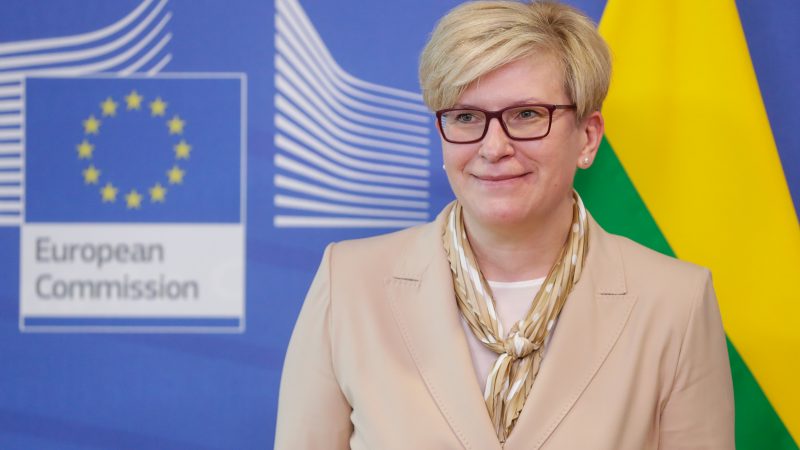 Lithuania’s prime minister says she believes Belarus is behind a recent spike of irregular immigration into Lithuania, following a threat by its president that it will no longer prevent migrants from crossing its western border.

Belarus president Alexander Lukashenko made the declaration in parliament on 26 May in response to European Union sanctions, imposed after the country forced a Ryanair plane with a Belarusian dissident on board to land in Minsk, where he was arrested.

“It’s not […] just an episode of illegal immigration like we see on the other borders of the European Union”, said Prime Minister Ingrida Simonyte on Tuesday (15 June), speaking near Dubiciai, by the sparsely populated, forested border with Belarus.

“There were threats from Mr Lukashenko, who was threatening the European Union that it will be flooded with drugs and migrants, and here we go – in a couple of weeks we see a rapid increase in people who are crossing the border illegally”.

The press office of the Belarus president did not reply to a request for comment.

Lithuania has held 198 migrants arriving through its 679-kilometre border with Belarus since June 3rd, detaining as many within the last 12 days, as in the previous five months.

European carriers were told to fly around Belarus and its national airline was banned from flying over the EU after a Ryanair flight from Greece to Lithuania on 23 May was forced to land in the Belarusian capital.

“We used to catch migrants in droves here – now, forget it, you will be catching them yourselves”, Lukashenko told EU states.

The jailed dissident journalist, Roman Protasevich, appeared at a news conference in Minsk on Monday saying he felt fine and had not been beaten, in what the opposition said was another public appearance made under duress.

A few dozen large heated tents stood empty in a pine forest in Lithuania’s migrant processing centre in Rukla on Tuesday, built by the army over the weekend to create space for 350 additional people and tripling the centre’s capacity as new migrants arrive.

Most of the migrants hail from Iraq, but also from Iran, Syria, Turkey and Egypt.