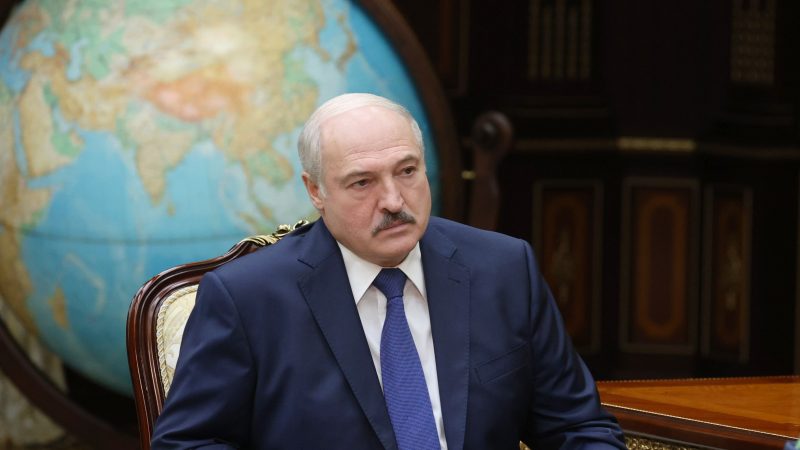 Belarus strongman Alexander Lukashenko Tuesday (22 June) accused modern Germany of Nazism on the 80th anniversary of Hitler’s invasion of the USSR and a day after coordinated Western sanctions on his country.

The EU, US, British and Canadian sanctions were a response to last month’s forcible diversion of an international flight to Minsk to detain opposition activist Roman Protasevich and his girlfriend who were on board.

Speaking at a World War II commemoration event, the 66-year-old Belarusian president said the sanctions were part of an ongoing Western “hybrid war” against his country.

But “we did not expect Germany’s participation in this collective conspiracy,” he said.

“From those whose ancestors destroyed not only every third Belarusian, but also millions of unborn children in the Great Patriotic War.”

Lukashenko also pointed to the “symbolic” timing of the sanctions on the eve of the 80th anniversary of the Nazi Germany invasion of Soviet Russia.

Addressing German Foreign Minister Heiko Maas, who called for broad economic sanctions against Belarus on Monday, Lukashenko said: “Who are you? A repentant German … or the heir of the Nazis?”

Lukashenko has ruled the ex-Soviet country for nearly three decades and has clamped down on the opposition after mass protests erupted following disputed presidential elections last year.

The European Union and the United States both targeted dozens of individuals and entities over a brutal crackdown on the opposition after Lukashenko claimed a landslide re-election for a sixth term last August.

Brussels and London on Monday added seven officials — including the defence and transport ministers of Belarus — to their sanctions blacklists for the grounding of the Ryanair jet. 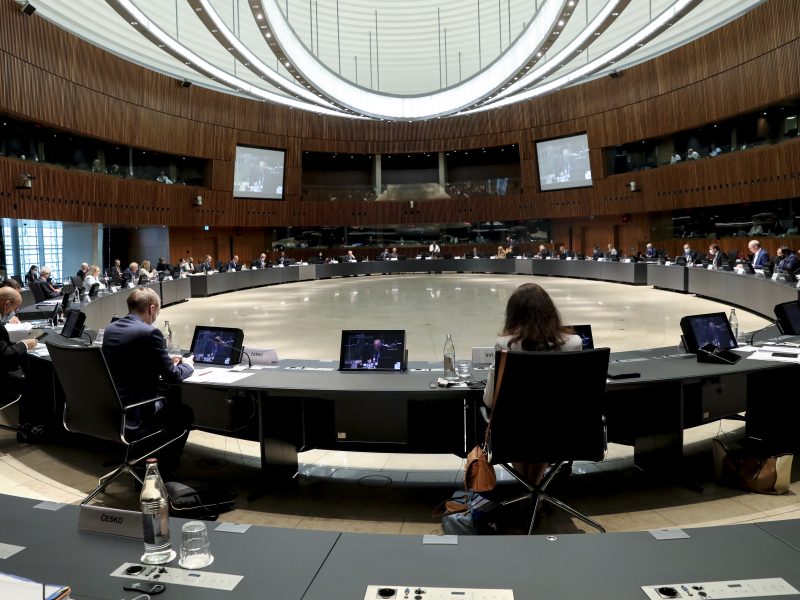 “Deliberate, destructive actions against the population are being continued in order to ‘drain the regime financially’, so to speak,” the foreign ministry said in a statement.

It described the sanctions as “hostile actions” and said Western countries were using “pressure on a sovereign state”.

“Against this backdrop, the statement of the leadership of the European Union looks like an outright mockery, a mockery of logic and common sense,” the ministry said.

It added that Belarus “is able and will do everything possible to protect its citizens and business entities” and the restrictions “will not have the desired effect”.

Lukashenko and his allies have already faced a slew of sanctions from Brussels and Washington over the violent handling of protests that for months brought tens of thousands of people to the streets.

Thousands were arrested and several people died while key opposition figures either fled the country or ended up in jail.

Lukashenko’s main opponent in the vote was Sviatlana Tsikhanouskaya, a political novice who took the place of her jail husband in the poll and quickly gained popularity.

She was forced into exile to neighbouring EU member Lithuania several days after the protests started.

The opposition believes Tsikhanouskaya was the true winner of the election and she has received the support of several Western leaders.

Lukashenko, however, has so far shrugged off the Western pressure with backing from key ally and creditor Russia.