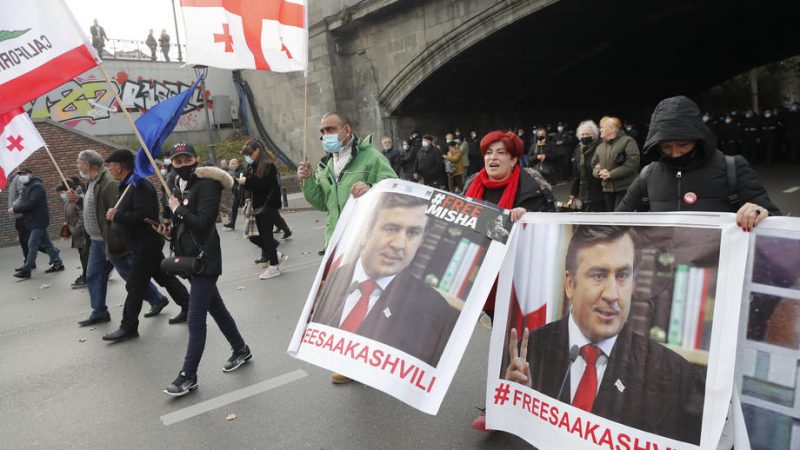 Participants of the 'United National Movement' rally against the arrest of the former Georgian President Mikheil Saakashvili in Tbilisi, Georgia, 15 November 2021. [EPA-EFE/ZURAB KURTSIKIDZE]

Georgia’s jailed opposition leader and ex-president Mikheil Saakashvili, who has been on hunger strike for weeks, is in a critical condition and lacks proper medical care, doctors said Wednesday (17 November).

Saakashvili, who was president between 2004 and 2013, has been refusing food for 48 days to protest his imprisonment on 1 October, shortly after his return from exile in Ukraine.

Georgia’s government has refused to move him from prison hospital to a civilian clinic, against the advice of doctors who have warned of the risk to Saakashvili’s life. 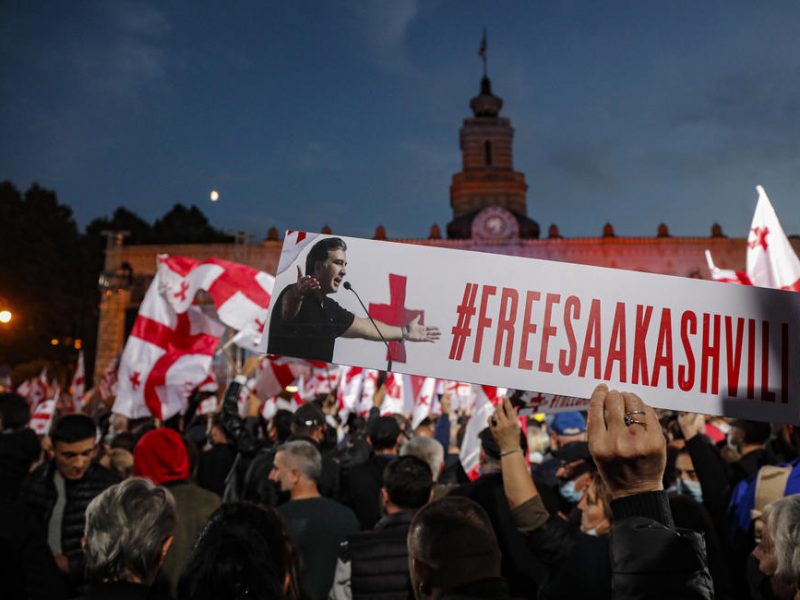 On Wednesday, a council of medics set up by ombudsperson Nino Lomjaria said after having examined Saakashvili that his “current status is assessed as critical” and that he faced a risk of fatal complications in the “immediate future”.

The prison hospital where Saakashvili is being treated fails to meet his medical needs, they added, calling for his immediate transfer to intensive care in a civilian clinic better equipped to care for him.

Last week, Saakashvili was moved to a prison hospital where, Amnesty International said, he had been “denied dignity” as well as adequate care.

The rights group on Twitter described it as “selective justice” and “apparent political revenge.”

The 53-year-old pro-Western reformer has said he was assaulted by guards in prison and that he fears for his life.

The US State Department has urged the Georgian government to “treat Mr Saakashvili fairly and with dignity”.

Several opposition lawmakers have also been on hunger strike for days, demanding proper medical care for Saakashvili, a call reiterated by the United States and the European Court of Human Rights.

Georgia must take steps “to inform the Court about the applicant’s current state of health, to ensure his safety in prison, and to provide him with appropriate medical care for the post-hunger-strike recovery period,” the ECHR said last week. It also urged Saakashvili to “call off his hunger strike.”

On Tuesday, Justice Minister Rati Bregadze ruled out Saakashvili’s transfer to a civilian clinic, insisting “there had been no single instance of Saakashvili not receiving a medical service he required”.

Saakashvili said last week he had taken a decision to end the hunger strike if he was transferred to a civilian “high-tech clinic for post-hunger strike rehabilitation”.

It has also spurred some of the largest anti-government protests in a decade. 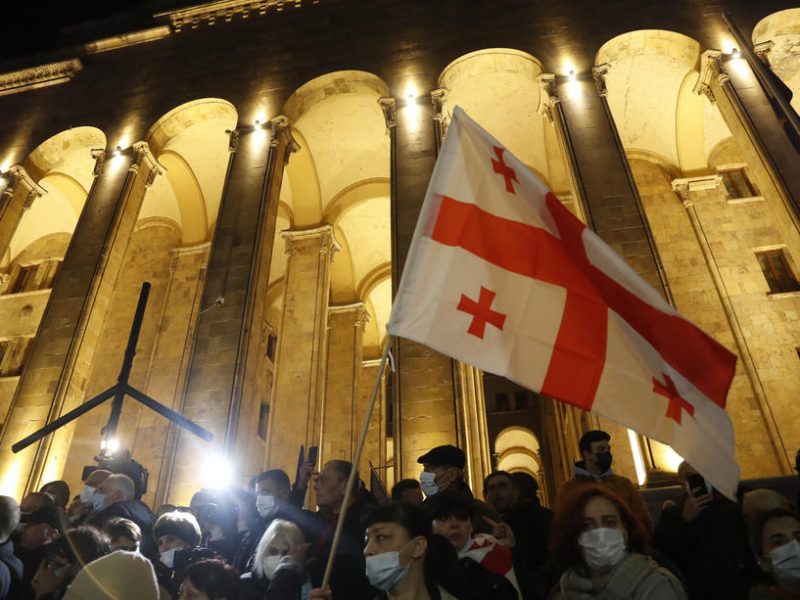 Around 3,000 Georgian protesters held a rally in support of jailed former president Mikheil Saakashvili on Saturday (6 November) outside the prison where he says he is on hunger strike.

Prime Minister Irakli Garibashvili sparked an uproar recently saying Saakashvili “has the right to commit suicide” and that the government had been forced to arrest him because he had refused to quit politics.