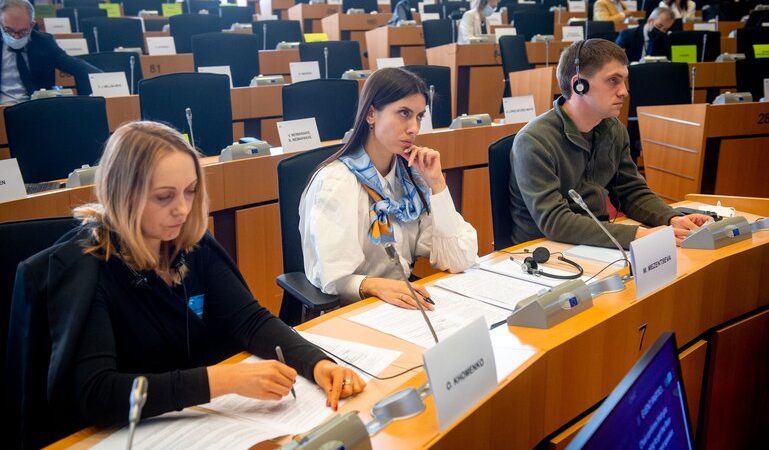 EU sanctions have so far failed to deter Russia, MEPs of the foreign affairs committee said on Wednesday (20 April). They asked the EU and member states to impose an immediate oil embargo on Russia and support Ukraine through financial assistance.

EU lawmakers have questioned the effectiveness of EU sanctions imposed on Russia following its invasion of Ukraine, which started on 24 February.

In his view, the need for a sixth package of sanctions “means that our policy is not sufficient to stop and prevent Russian aggression.”

The EU’s diplomatic arm, the European External Action Service (EEAS), however, maintains that the sanctions implemented thus far have managed to negatively impact the Russian economy.

“We believe that the sanctions are working even if they do take time to produce their full effect and we believe that these measures have significantly increased the cost for Russia’s aggression,” EEAS deputy director Luc Devigne told parliamentarians.

However, high energy prices and the continued purchase of Russian gas and oil in the first quarter of 2022 led Russia to the highest current account surplus in recent history, according to last week’s data from the Central Bank of Russia.

“China is clearly in the Russian camp in this conflict,” said Green MEP Reinhard Bütikofer, calling for a new mechanism of cooperation with the UK, the US and Japan to uncover possible Chinese attempts to circumvent Western sanctions.

Commission President Ursula von der Leyen said on Sunday that the EU executive is looking at ways to target Russian banks, including Sberbank, and oil in the next round of sanctions.

However, the oil embargo would have a damaging impact on the economies of the member states that largely depend on Russia for their imports, such as Germany and Italy.

To limit such impact, Renew MEPs called on the Commission and the EEAS for compensation measures to support these EU member states.

While they welcomed the EU’s “ambitious plan” to impose an oil embargo, Ukraine representatives invited to the debate called on the EU to focus on other forms of sanctions as well, like roaming and cyber sanctions.

Moreover, culture should be included in the sanction regime, said Olena Khomenko, chair of the sub-committee on External Economic Relations and Efficient Use of International Aid of the Verkhovna Rada.

“We need to close and ban Russian state-affiliated institutions such as the network of the Russian centres of science and culture, because cultural ties and cultural connections are also a kind of weapon used by Russia.”

Khomenko warned of “attempts from the Russian side to organise more cultural events” trying to spread disinformation and propaganda and called on EU countries to continue with diplomatic isolation measures.

“It is important to impose individual sanctions to all those who are related and are part of Putin’s strategy to eliminate Ukraine,” she told EURACTIV. 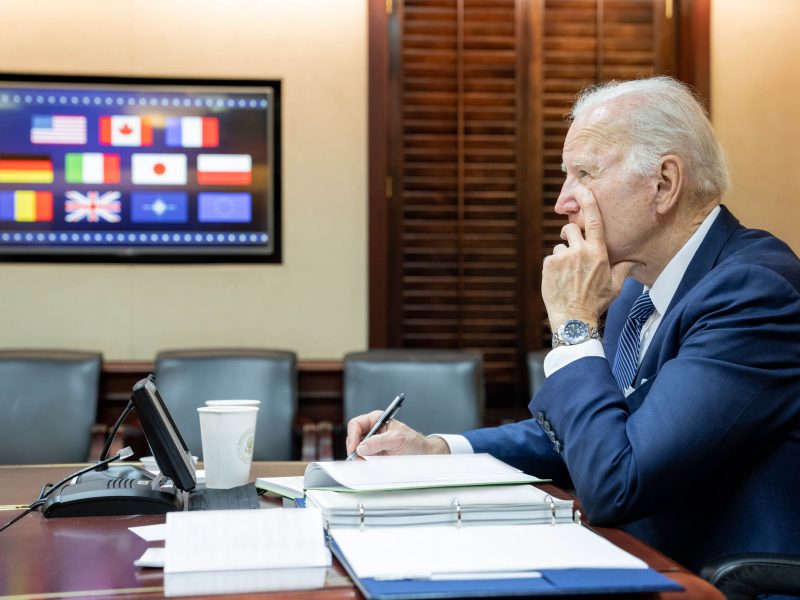 The United States, France and other allies discussed how to provide security guarantees to Ukraine during and after the war with Russia, a French presidency official said on Tuesday (19 April) as Moscow launched an all-out assault on eastern Ukraine.

Give Russian assets to Ukraine

Khomenko also called for greater financial assistance for her country.

“We need a fund to be established for the restoration of Ukraine. We need to rebuild all those hospitals, kindergartens, and schools which were destroyed,” she said.

To support the reconstruction of the war-torn country, some MEPs called on the EU to confiscate rather than freeze Russian assets.

“Let’s not leave any hope for Russian oligarchs, but also for the Russian state, that there will be a moment in time when they will get it back,” said Socialist and Democrats MEP Włodzimierz Cimoszewicz.

János Ammann has contributed to this article.