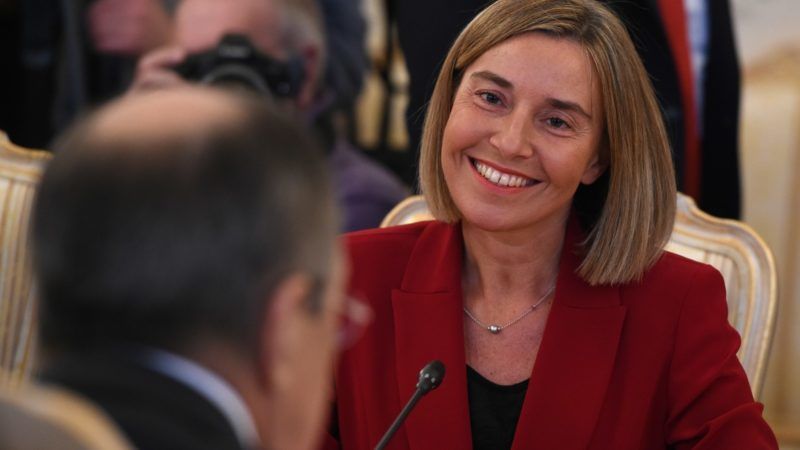 Mogherini and Lavrov on 24 April 2017 in Moscow. [European Commission]

Federica Mogherini, on her first official visit to Moscow in her current role as the EU’s foreign policy chief, said there was no point in pretending that there were not still real problems in relations between Russia and the EU.

Mogherini made the comments at a news conference in Moscow after holding talks with Russian Foreign Minister Sergei Lavrov.

She also criticised Moscow over evidence of violence and abuse against gay men in the Chechnya region, saying it was the Russian government’s responsibility to protect the rights of all its citizens.

“Our expectation is that the Russian Federation does its part to protect its own citizens in full respect of human rights principles,” she said, adding that she had discussed the issue with Lavrov.

A 1 April report in the independent newspaper Novaya Gazeta said more than 100 men had been detained in Chechnya recently on the basis of the assumption that they were gay, and that at least three of them had been killed.

Mogherini and Lavrov also differed over what Western countries say was a sarin-gas attack by the Syrian government, which has Russia’s strong support. The attack killed more than 80 people in a rebel-held town in Syria’s Idlib Province. 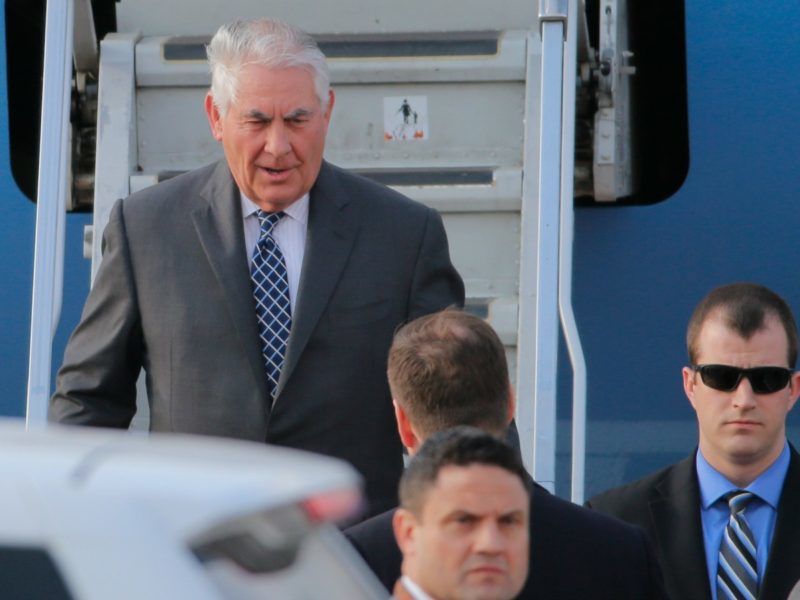 Mogherini said that EU-Russia cooperation is “not frozen” and that the EU wants closer cooperation but that progress is hampered by deep disagreements on subjects including Ukraine and Syria.

Official visit to #Russia: Here the text of my statement to the press after meeting with FM Lavrov https://t.co/HqDoIBzEMO pic.twitter.com/myd1eK13S2

“As I said, overall I shared the Minister’s assessment that this exchange was useful, constructive, positive and we will follow this up not only in the course of the day but also in the coming weeks and months,” Mogherini stated.

Lavrov said that Russia “never raised” the sanctions issue “because sanctions are part of those artificial problems that hamper [Russia’s] relations with the European Union”.

“Federica [Mogherini] pointed to a very interesting aspect today saying that the European Union wanted everybody to implement the Minsk agreements,” the Russian foreign minister said.

He added that this included the Kiev government, the Donetsk and Lugansk militias, as well as the European Union, because in his words Germany and France acted on behalf of the EU.

Lavrov said that if all sides were to implement the agreements, then Russia should make Donetsk and Lugansk strictly abide by their obligations while Germany and France should ensure that the Ukrainian government does the same.

Problems in relations of Russia and the European Union should be discussed and no artificial obstacles should be made out of them, the Russian foreign minister stressed.

“Despite the systemic problem, we still have a wish to continue talks. We hope that there will be a wise assessment of developments.”

“In any case, we are neighbours and it is better to discuss the problems rather than make artificial obstacles for dialogue out of them,” he said.

“Our relations are not at their best, but during these talks, no one lectured anyone. We tried to heed each other,” the minister said, adding “I believe this is the only correct approach.”

Today on my blog: The European Union seen from China, India and Russia https://t.co/paKDk6ANbi pic.twitter.com/pa7PZ1COEv