Moldovan lawmakers on Thursday (14 November) approved a new minority government controlled by the Socialist Party of pro-Russian President Igor Dodon, two days after the dissolution of a pro-European government.

The former Soviet republic between Romania and Ukraine has been rocked by political crises in recent years linked to sharp divisions between pro-European parties and those who favour closer ties with Moscow.

The pro-Russian Socialist Party has only 36 lawmakers in the 101-seat parliament but managed to form a government with support from 27 lawmakers of the Democratic Party led by exiled oligarch Vlad Plahotniuc.

A total of 62 lawmakers approved the new government with 47-year-old technocrat Ion Chicu as prime minister. Six of the 11 cabinet members previously served as Dodon’s aides.

Dodon signed a decree on the new government and lawmakers swore an oath to formally take power, his press service said.

New prime minister Chicu is not a member of the Socialist Party. He is an economist who has worked in senior roles in banks and major companies in Moldova and served as finance minister from December 2018 to June this year for a government dominated by the Democratic Party.

The previous pro-European prime minister Maia Sandu took power in June but lost a vote of no confidence on Tuesday after a row over the appointment of a prosecutor general in a country known for rampant corruption. 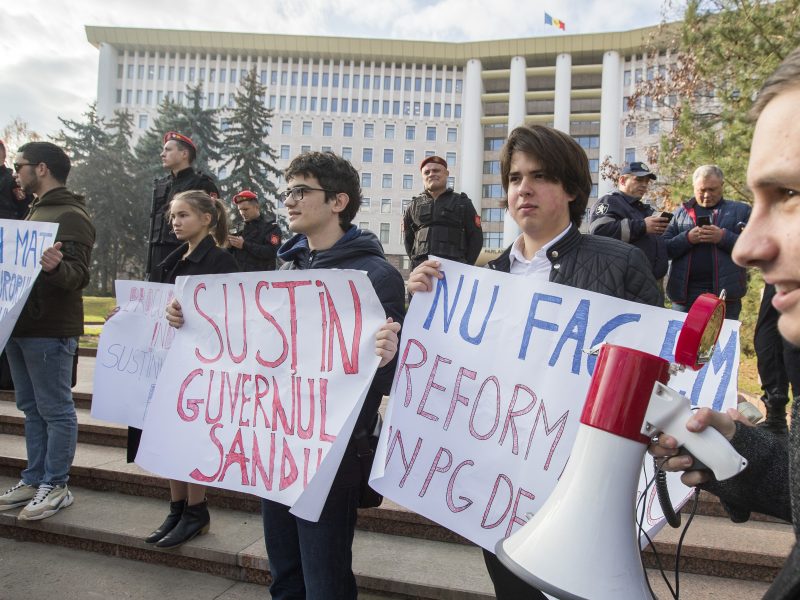 She came to power after the formation of the first-ever coalition between pro-Russian and pro-Western deputies, whose aim was to push out Plahotniuc, a controversial figure alleged to wield vast power.

Her coalition government with the Socialist Party resolved a three-month political crisis and was backed by the European Union, the United States and Russia.

“It’s obvious that the Socialists used the pro-European ACUM alliance and its partners… to remove from power the oligarch Vladimir Plahotniuc, whom they could not handle on their own,” political analyst Victor Ciobanu told AFP.

“After eliminating this threat, they turned away from their partners and de facto created a pro-Russian government,” he said.