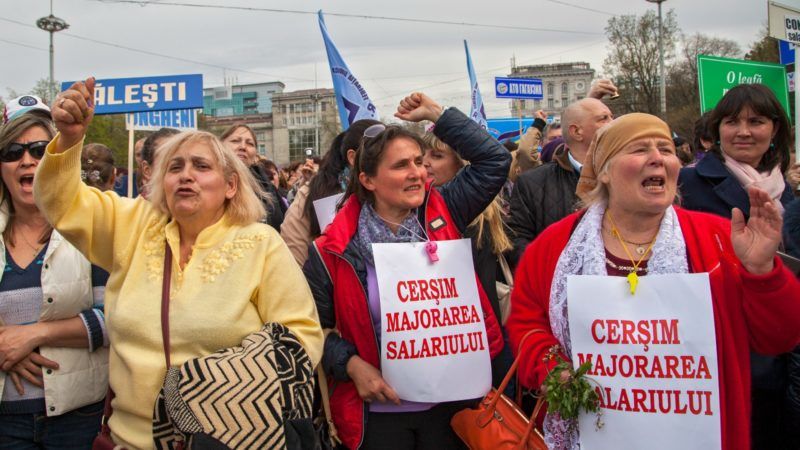 Known locally as the “theft of the century”, the scandal saw the equivalent of an eighth of the country’s gross domestic product disappear from banks between 2012-2014.

A former prime minister has been jailed in connection with the scam, in which money was syphoned overseas for a number of years, through suspect loans, asset swaps and shareholder deals.

Moldova has hired the Kroll risk consultancy to investigate the theft, working to establish all its beneficiaries and where the money was stolen and laundered – mainly through Latvia’s financial system.

“The ultimate objective of the engagement is to identify assets which have been acquired with fraud funds and to attempt to recover these assets through legal processes,” the central bank said in a statement.

The investigation so far has pointed towards a local businessman, Ilan Shor. Shor denies any wrongdoing and, after a period of house arrest ended, ran successfully in a mayoral election in 2015.

In new findings, the investigation has identified around 40 people who either benefited from the fraud or facilitated it, the central bank said, without divulging their names.

The funds have so far been traced to Cyprus, China, Hong Kong and Switzerland, and the central bank is preparing legal action to recover the assets from overseas.

“Due to the multi-jurisdictional nature of the proposed legal action, and the complexity of the processes involved, it is likely that the recovery phase will last a minimum of 18 months to two years,” it said.

The banking scandal triggered street protests, the International Monetary Fund and the EU froze aid, the national currency, the leu, plunged to record lows and inflation climbed into double digits.

Former Prime Minister Vlad Filat was implicated, put in handcuffs live on TV in parliament and later jailed, but many Moldovans believe other members of the pro-EU elite were also involved, or at least complicit in, the scam.