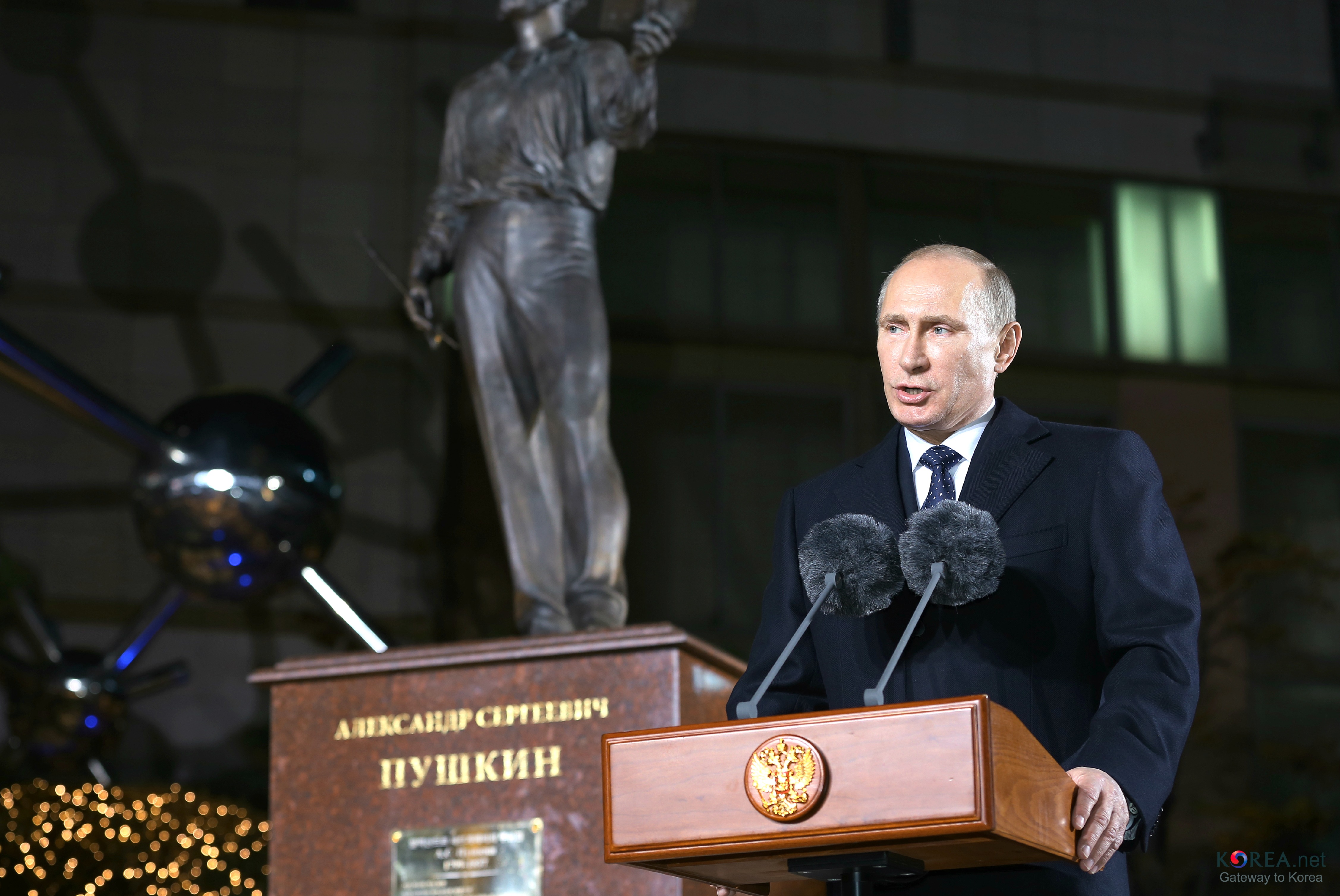 Vladimir Putin is operating an effective propaganda campaign over the conflict in Ukraine. [Republic of Korea/Flickr]

Fighting propaganda with propaganda. Since the outbreak of the Ukraine crisis, the Kremlin has employed a veritable arsenal of communication tools to counter the information published by western media.

The latest Russian addition to this information war is the multimedia news site Sputnik, launched in French on 29 January.

“The Russian propaganda machine was reorganised at the end of 2013 with the creation of Rossia Segodnia (Russia Today),” explained Tatiana Kastouéva-Jean, a Russian specialist at the French Institute of International Relations (IFRI).

This agency, directed by Dmitri Kisselev, the Kremlin’s spokesman and Russian propaganda chief, subsumed the news agency RIA Novosti and the radio station Golos Rossii (the Voice of Russia), which now broadcast through Sputnik.

>> Read: Official report: Russia is a threat to Bulgaria

The new site’s mission statement is very clear: “to provide the French public with diverse opinions on international issues” and “to promote alternative points of view”.

The site’s pro-Russian bias is clear to see. Declarations in favour of Moscow from international political figures take centre stage, including “Morales: Russia Today channel persecuted for telling the truth” and “Mistral: France should honour the contract with Russia (Mayor of Nice)“.

“Today Russia clearly sees information as a weapon of war and is investing massively in its communications tools. I would not be surprised to see more communication channels of this sort established in Europe,” Kastouéva-Jean said.

Sputnik currently offers news in 7 languages (English, German, Spanish, French, Chinese, Turkish, Kyrgyz and Abkhaz), but aims to develop services in 30 languages by the end of 2015.

In this context, the arrival of the propaganda platform in France is not surprising. Tatiana Kastouéva-Jean said “France is considered one of the countries where public opinion towards Russia is more favourable, and there are numerous channels of influence between the politicians of the two countries”.

Another factor is the increasing influence of Marine Le Pen’s extreme right movement. The National Front’s pro-Russian stance has opened up a significant portion of the French population to influence from Moscow.

Europe struggling to keep up

Europe has struggled to respond to Russia’s aggressive communication strategy. The mobilisation of public resources against Russian propaganda has been more visible in the former Soviet states, which have traditionally been Moscow’s targets.

Latvia, the EU member state with the largest Russian population, has recently announced the launch of a Russian language TV channel to counter the Kremlin’s propaganda; a project backed by the European Union.

“But we need to see real action from the European Union to address Russian-speaking populations, both in Russia and in Europe, because today the EU is losing the information war,” Tatiana Kastouéva-Jean said.

The European Commission told EURACTIV that “concerns have been raised over the (lack of) independence of the Russian-language media in the EU and its neighbours”.

But the independence of the European media and the absence of strong political stances on public information have made for an ambivalent European response. Our Commission source added that “the European Union already works with media – European and foreign – in order to ensure the diffusion of objective and factual information that is available in local languages, including Russian”.

Russia has been increasing its propaganda efforts in Europe since the crisis in Ukraine and the degradation of relations with the West.