Politically motivated prosecutions are a matter of concern in Europe, said Donald Tusk, the outgoing EU Council president, as he was elected leader of Europe’s centre-right political family. He was commenting on an unfolding scandal in Ukraine following leaked phone conversations.

Recordings of a law enforcement agency chief reporting to the head of President Zelenkiy’s administration on an ongoing investigation into Ukraine’s former president, Petro Poroshenko, were leaked on Tuesday (19 November).

“My first impression is that this is something really dangerous,” said Tusk, the new chief of the European People’s Party (EPP). “I hope that Ukraine will remain a country where law enforcement and judiciary respects the rule of law, and where there is no place for politically motivated prosecutions.” 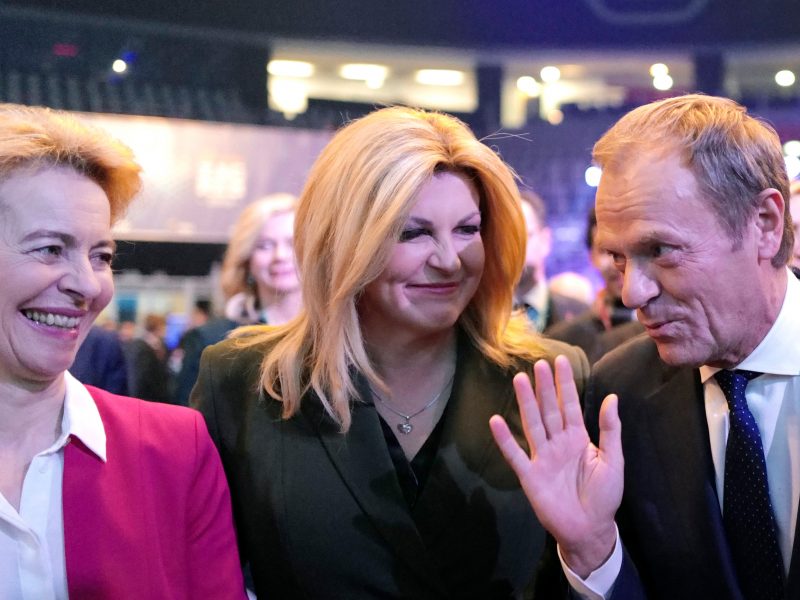 Though he said he was not aware of the details, he emphasised that “every attempt to intimidate the leaders of the opposition will be a matter of concern in Europe, wherever it happens”.

Tapes of phone conversations with a voice resembling that of Roman Truba, the State Bureau of Investigation (SBI) director, appeared on a Telegram channel. The law enforcement agency chief appeared to be reporting and taking instructions on several high-level investigations from Andriy Yosypovych Bohdan, head of President Zelenskiy’s office.

“As I understand it, we need some legal result in this case,” Truba is thought to have said, referring to proceedings against former Ukrainian president Poroshenko. “Andriy Yosypovich, I promise you, I will do everything. This is a priority for us.”

Truba called the recordings “fakes” and said he will not step down. President Zelenskiy has promised to look into the events, Ukrainian media report.

A day earlier (18 November) the SBI announced it sent a notice of suspicion in one of the 13 ongoing cases against Poroshenko to the General Prosecutor’s Office, the Kyiv Post reported. Until then, Poroshenko was only a witness in all cases and has denied any wrongdoing, calling the investigations politically motivated.

The leaked recordings also concern the investigation of a $5.6 billion hole in the finances of Ukraine’s largest lender, PrivatBank. Truba allegedly received instructions from Bohdan “not to touch” PrivatBank while International Monetary Fund officials were visiting Ukraine.

“There needs to be an independent system,” said Joseph Daul, the EPP’s outgoing leader, at the joint press conference held during the party’s congress in Zagreb. “So, in my opinion, the justice system in Ukraine is not yet independent.”

While EU officials see the bloc’s partnership with Eastern European countries as an overall success, rule of law and good governance remain an issue in the region.