Next EU sanctions against Russia to target coal imports, shipping and road transport 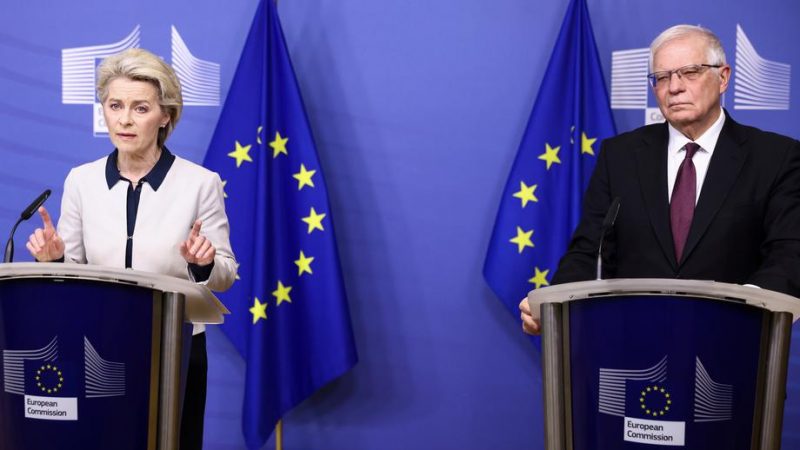 A set of sweeping new sanctions against Russia, including banning imports of coal, was proposed by the European Commission on Tuesday (5 April) in a first attempt at curbing Moscow’s energy exports.

The proposal will be considered by EU member state ambassadors at a meeting scheduled for Wednesday and comes amid calls to scale back Russian energy over fears it is funding the ongoing invasion of Ukraine.

“We need to sustain utmost pressure at this critical point,” European Commission President Ursula von der Leyen upon announcing the proposal for the fifth round of sanctions.

According to European Commission estimates, the ban on coal would hit Russian coffers to the tune of €4 billion a year.

The EU’s executive had proposed such a ban in January, but this was met with resistance primarily from Germany, the EU country most reliant on Russian coal.

The EU has already approved four rounds of sanctions, including freezing assets of the Russian central bank, with new measures intended to cripple trade with Russia further.

“The four packages of sanctions have hit hard and limited the Kremlin’s political and economic options. We are seeing tangible results, but clearly, in view of events, we need to increase our pressure further,” von der Leyen said.

“We will make them broader and sharper so that they cut even deeper in the Russian economy,” she added.

According to the fresh proposal, the fifth package will prevent Russian vessels and trucks from accessing the EU, with exceptions made for oil, gas, food and medicines.

However, EU officials have repeatedly pointed towards difficulties in applying sanctions, such as in this case when it can be challenging to identify the origin of a cargo ship.

This part of the proposal is also set to include a ban on Russian and Belarusian road transport operators, which is meant to “drastically limit the options for the Russian industry to obtain key goods.”

The proposal also includes a ban on technology exports to Russia worth another €10 billion a year, including quantum computers and advanced semiconductors, technology for LNG gas, and other electrical and transport equipment.

In addition to all existing financial sector sanctions, the EU would also ban all transactions with VTB and three Russian banks that have already been excluded from the SWIFT messaging system.

The four banks, which are now cut off from the markets, represent 23% of the market share in the Russian banking sector.

Bans on importing wood, cement, rubber and chemicals from Russia, plus high-end foodstuffs including caviar and spirits such as vodka are also on the list, which would amount to about €5 billion a year.

It also bans the participation of Russian companies in EU public procurement contracts and will include further listings of individuals, including oligarchs and politicians, on the EU’s sanctions list.

“We are working on additional sanctions, including on oil imports, and we are reflecting on some ideas presented by the member states, such as taxes or specific payment channels such as an escrow account,” Von der Leyen said.

According to EU diplomats, oil imports could be part of a sixth sanction package, for which the base could also be prepared on Wednesday when EU member states ambassadors’ meet to discuss the current proposal.