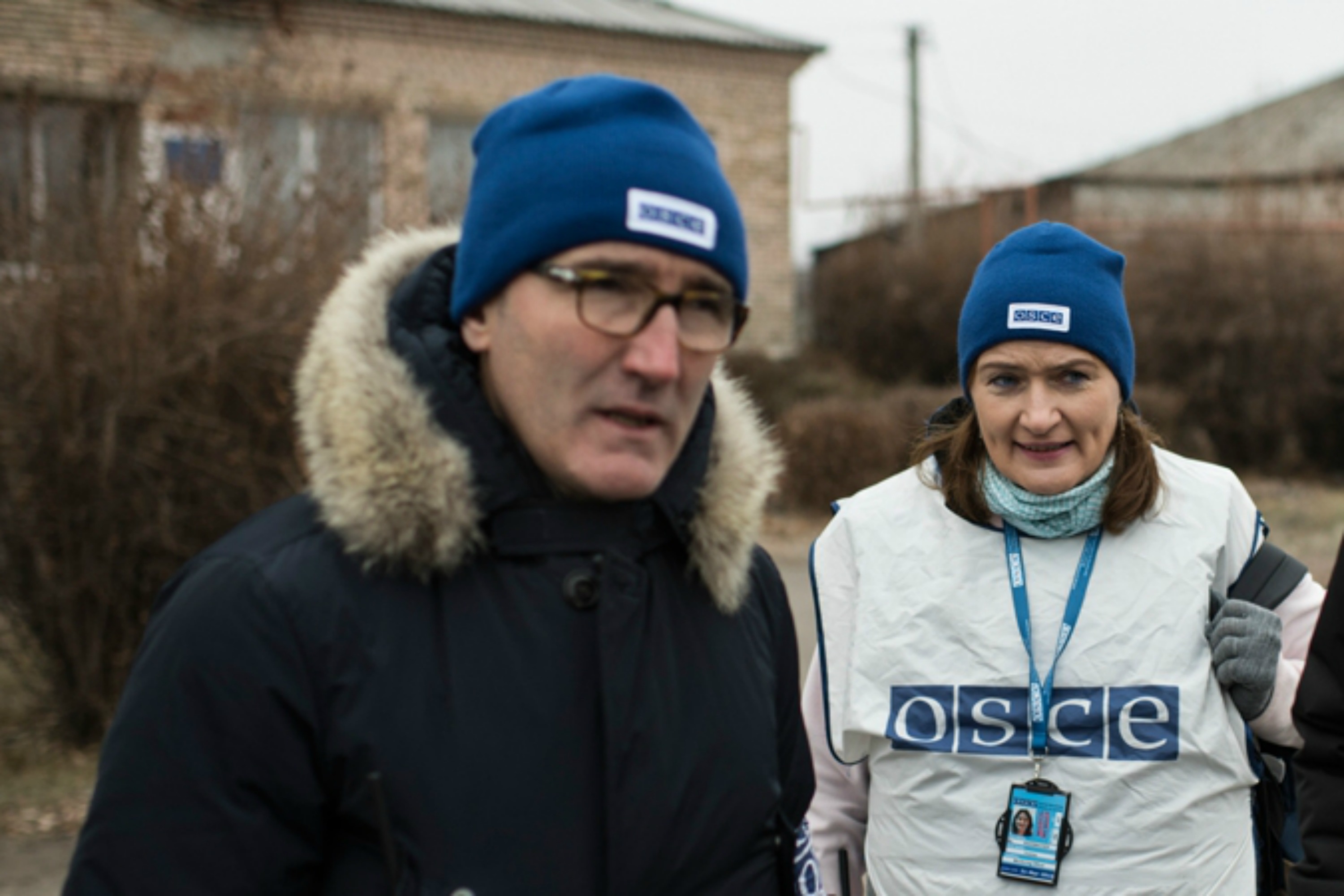 The foreign ministers of Ukraine, Russia, France and Germany agreed on Tuesday (24 February) to seek a reinforcement of the international monitoring mission in Ukraine and renewed their calls for an oft-breached ceasefire agreement to be respected.

Ukraine, Russia, France and Germany have repeatedly met over the Ukraine crisis in the so-called “Normandy format”, some of the most crucial talks having been held in Minsk, the capital of Belarus.

The three hour meeting in Paris was called in a bid to rescue an agreement the four powers brokered this month in Minsk, setting out terms for a ceasefire and the withdrawal of arms in the conflict in east Ukraine between government forces and pro-Russian rebels.

“Against this backdrop we must be more ambitious in how we implement individual steps of the Minsk Agreement,” Germany’s Frank-Walter Steinmeier told reporters after the meeting, calling the lack of confidence between the two sides “total”.

French Foreign Minister Laurent Fabius said the four had agreed to call for a one-year extension to the mandate of Organisation for Security and Co-operation in Europe (OSCE) ceasefire monitors in Ukraine and reinforce their personnel, equipment and funding.

A French diplomatic source said that would be discussed in the coming days in Vienna and would include providing the mission with protected vehicles and more technical surveillance means.

“If we let them work, they have sufficient personnel to criss-cross the zones and carry out controls, but they just don’t have access to these zones for now,” he said.

While Steinmeier noted there had been some signs of progress regarding agreements to withdraw heavy weaponry from conflict zones but said that should now physically take place “within the coming days”.

The French source said the withdrawal plan proposed by both Ukrainian and separatist military chiefs was deemed credible by French and German military experts.

His Ukrainian counterpart Pavlo Klimkin was more downbeat, saying there had been no “breakthrough” and noting the four had not agreed language condemning events on the ground in Debaltseve, a town taken by pro-Russian rebels since the ceasefire was due to start.

He said he feared separatists would now relocate forces towards the government-held port of Mariupol.

“It can’t be perceived as a breakthrough. What we need is for the shelling to stop. We need the implementation of the Minsk accords, nothing more,” he told reporters at the embassy in Paris.

The French diplomat said the next follow up meeting would take place in Berlin within 10 days at deputy minister or political director level.

Pro-Russia separatists brought reporters on Tuesday to witness the withdrawal of heavy weapons from the front line in eastern Ukraine under a ceasefire deal, but Ukraine said the rebels were using the cover of the truce to prepare for another advance.

Fighting has eased in eastern Ukraine in recent days, raising hopes that a ceasefire due to start on 15 February can finally take effect after the rebels initially ignored it to storm a government-held town last week.

Since taking the railway hub of Debaltseve in one of the worst defeats of the war for Kyiv, the Moscow-backed rebels have indicated they now want to abide by the truce. Kyiv says the rebels are still shooting, which they deny.

Reuters journalists in rebel-held territory watched 10 trucks carrying howitzers roll through Makiyvka, near rebel-held Donetsk. Rebels said the guns were on their way from Donetsk towards Amvrosiyvka, a town far from the front and close to the Russian frontier.

Rebel commander Eduard Basurin said there were no plans for any further military advances. “That’s it. We are going no further,” he said.

He said the rebels still aimed to gain control of the entire territory of east Ukraine’s two rebellious provinces, including the government-held port of Mariupol, but would seek this through “negotiations with the Ukrainian side”.

Basurin said late on Tuesday that 100 artillery pieces had been pulled back during the course of the day, and the rebels intended to complete the entire withdrawal of all heavy weapons as required under the truce, despite an announcement by Kyiv that it was not yet ready to start.

“However many there are, they will all be withdrawn. The mission of the OSCE will monitor all the sectors and confirm whether or not we are lying,” he told reporters in Donetsk, referring to the European security body tasked with verifying the truce.

The Kyiv military said rebel assertions they were pulling back guns were “empty words”.

“On the contrary, the terrorist groups, making use of the ceasefire period, are reinforcing their units and building up ammunition.”

The OSCE Special Monitoring Mission to Ukraine (SMM) was deployed on 21 March 2014, following a request to the OSCE by Ukraine’s government and a consensus decision by all 57 OSCE participating States. The SMM’s mandate was extended by another six months on 24 July 2014. The SMM is an unarmed, civilian mission, present on the ground 24/7 in all regions of Ukraine. Its main tasks are to observe and report in an impartial and objective way on the situation in Ukraine; and to facilitate dialogue among all parties to the crisis.

The Mission is composed of close to 450 staff members, among which 314 are international staff from 41 OSCE participating States and about 250 are unarmed, civilian monitors; they are supported in their work by about 130 local staff from Ukraine. Teams of monitors work on a shift basis to ensure ground presence 24 hours a day, seven days a week. The Mission’s Head Office is in Kyiv; monitors have been deployed to Kherson, Odessa, Lviv, Ivano-Frankivsk, Kharkiv, Donetsk, Dnepropetrovsk, Chernivtsi, and Luhansk.