Harlem Désir, the OSCE Representative on Freedom of the Media, second left, meets with Council of Europe representatives in Kyiv. [{@OSCE_RFoM Twitter]

A new bill aimed at curbing the spread of disinformation in Ukraine could pose a risk to freedom of expression, the Organization for Security and Co-operation in Europe warned on Wednesday (5 February).

Unveiled by President Volodymyr Zelenskiy’s government in January, the bill criminalises “the dissemination of disinformation” amid a conflict with Russian-backed separatists in the country’s industrial east. 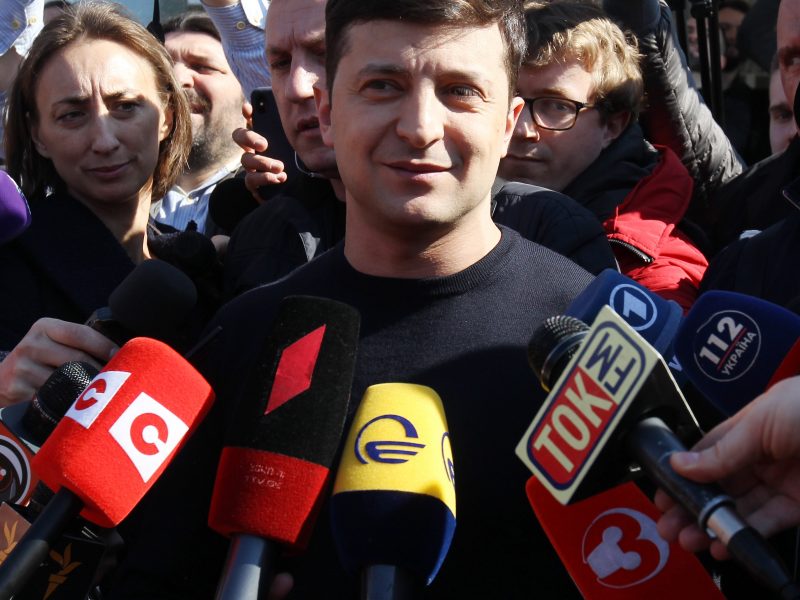 The legislation foresees the nomination of a state commissioner who will decide what statements are false and dispute them in court.

According to the bill, the purposeful spread of disinformation could be punished by up to seven years in prison and hefty fines.

“We fully understand the need to fight disinformation or manipulation … in the context of Ukraine, of the conflict … but we think that this approach is not a good one,” Harlem Désir, the OSCE Representative on Freedom of the Media, told AFP in an interview.

“It will not be efficient and it could put at risk” Ukraine’s commitment with regards to media freedom and freedom of expression, said Désir during a four-day visit to Ukraine.

According to the legislation, false news concerning “national security, territorial integrity, sovereignty of Ukraine and other issues of public interest” will be treated as disinformation.

Desir said that the bill “gives a lot of power to the new special commissioner.”

“It means a lot of state interference in the media activities, journalism,” he added.

Proposed by comedian-turned-president Zelenskiy and drafted by the culture ministry, the bill is yet to be submitted to parliament.

But the proposed legislation sparked criticism from domestic NGOs, international watchdogs and even several lawmakers from Zelenskiy’s own party.

After a bloody 2014 uprising in Kyiv ousted a Kremlin-backed regime, Moscow annexed Crimea and supported insurgents in eastern Ukraine who launched a bid for independence.

Since then more than 13,000 people have been killed in the conflict.

Kremlin critics have accused Russian officials of spreading propaganda and disinformation in attempt to meddle in Ukraine’s affairs.