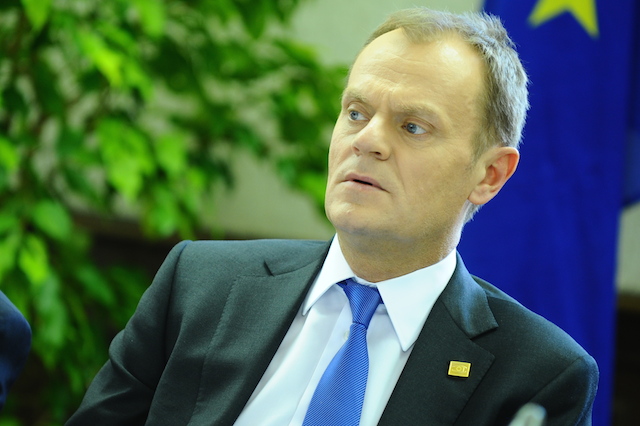 Polish Prime Minister Donald Tusk said the EU should pay up to 75% of the pricetag for the gas infrastructure needed to be able to create an efficient network, including pipelines and interconnectors between member states.

Speaking in the southern town of Tychy, Prime Minister Tusk laid out his vision for a union whose main assumptions include the diversification of energy sources, including the extraction shale gas and coal.

“Taking into account the danger of potential gas crises, we should construct more effective mechanisms for ‘gas solidarity’ in the event of a crisis in gas deliveries,” Tusk said, as quoted by the Polish radio.

The Polish Prime Minister referred to the Ukraine situation and the 2009 gas crisis, when in his words for the first time, the idea of European unity arose. He said that his country would present proposals to its EU partners on how to increase their energy security, including through common energy purchases.

The idea of a new EU treaty to embark on a common energy policy has been advocated since 2010 by former European Commission President Jacques Delors and the then-European Parliament Polish President, Jerzy Buzek [read more].

At the 20-21 March EU summit, EU leaders tasked the European Commission to come up with a plan for decreasing energy dependence from Russia [read more]. The EU executive is expected to table such a proposal before the 26-27 June EU summit.

But in the meantime, Russia slammed Ukraine with new gas prices, over 40% higher than the “discount” Russian President Vladimir Putin gave to former Ukrainian President Viktor Yanukovich after he refused to sign the Association Agreement with the EU.

However, this time the financial blow to Kiev is set to be cushioned by a new International Monetary Fund (IMF) loan package [read more].