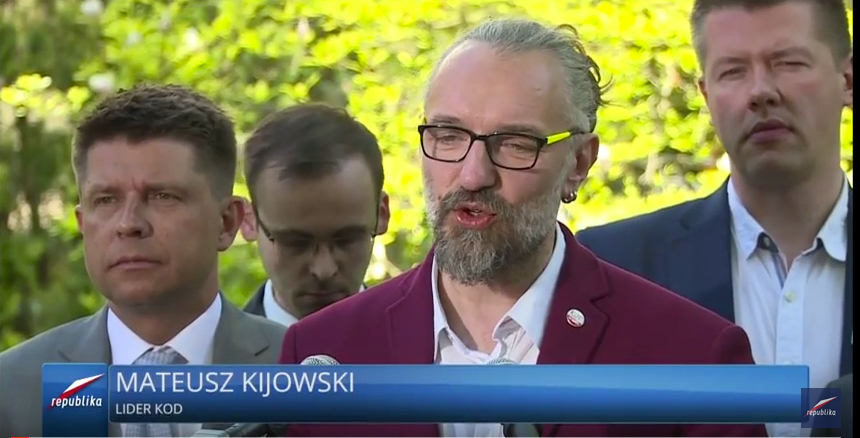 The move came after what the coalition called a “takeover” of the institutions of state by the ruling Law and Justice Party (PiS).

The “Liberty, Equality and Democracy” coalition, sponsored by the civic movement, the Committee for the Defence of Democracy (KOD), would “defend the rule of law in Poland and its place in the European Union”, KOD leader Mateusz Kijowski said.

“Three themes unite us: attachment to European values, defence of the constitutional order in Poland and opposition to the Law and Justice Party takeover of the institutions of the state,” he said.

Since the PiS swept to power in October, relations have chilled between Poland and European institutions after the government pushed through several pieces of controversial legislation to overhaul the Constitutional Court and which strengthened state controls over public broadcasters.

The moves have drawn sharp criticism from the EU and the European Parliament, which Poland has dismissed as unneccessary interference in its internal affairs.

The coalition brings together the liberal Nowoczesna party, the PSL farmers’ party and other centre and left parties such as the Democratic Left Alliance (SLD).

Meanwhile, a war of words broke out Thursday after Finance Minister Andrzej Szalamacha told the country’s top judge to keep quiet ahead of a Moody’s sovereign debt rating due next week.

Constitutional Court chief justice Andrzej Rzepliński told media that Szalamacha sent him a letter asking him to refrain from making public statements that could “harm the country” ahead of the rating — possibly a downgrade — expected May 13.

Justice Rzepliński is at the centre of the five-month-long battle between the government and Poland’s top court that the opposition says has put democracy at risk.

The populist-oriented PiS government plunged Poland into political crisis in December when it pushed through legislation to pack the top court and modify its decision-making rules.

But the court itself struck down the changes as unconstitutional in March, pitting it against the PiS majority government, which promptly dismissed the ruling.

The resulting deadlock means the court is paralysed, leaving Poland without a fundamental check on government powers.

Moody’s said in April that the battle over the constitutional court had heightened political risk in the central European economic heavyweight and “may impair” foreign investment.

It also said that net inflows of foreign investment have declined in recent months, while outflows had sharply increased.