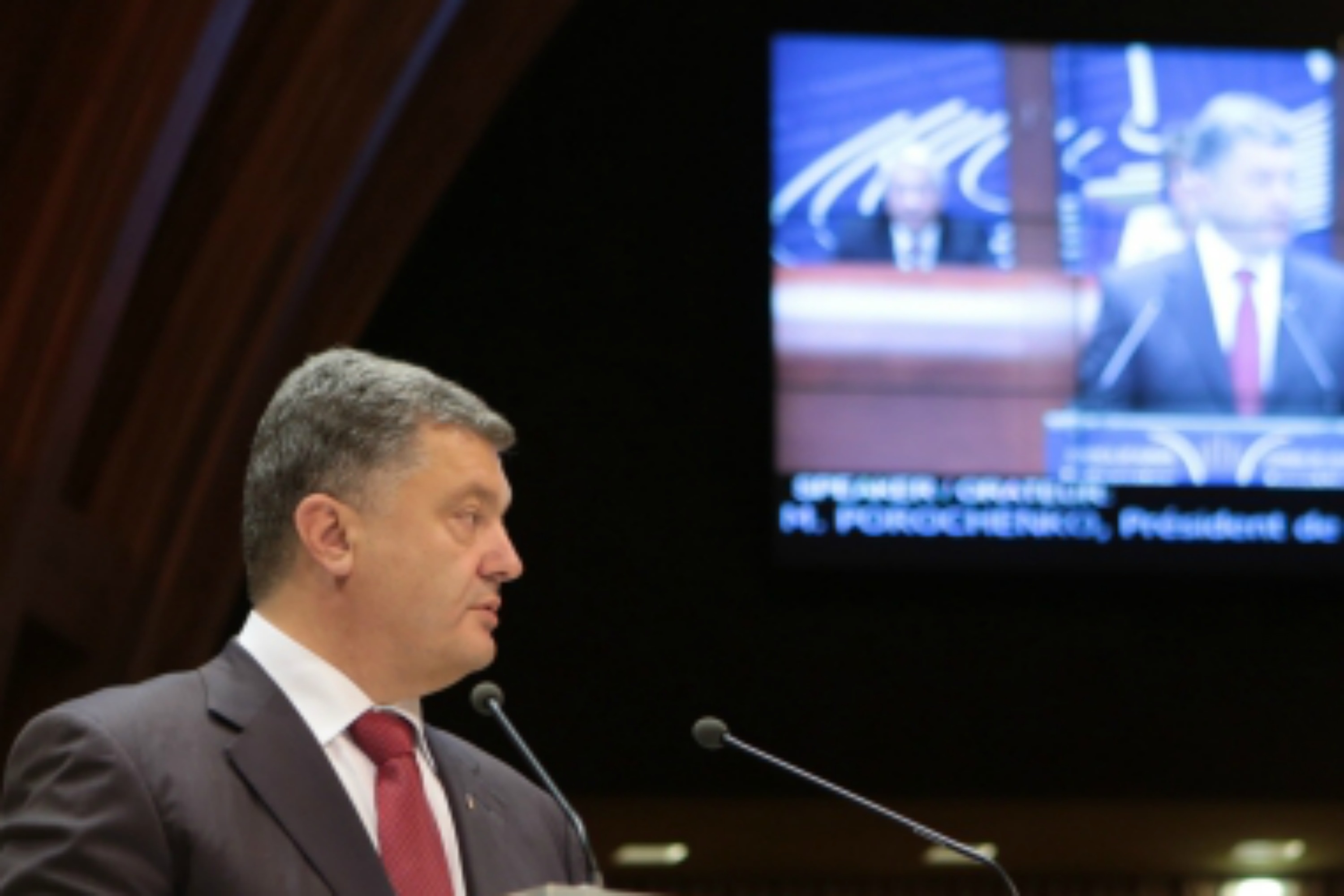 Ukrainian President Petro Poroshenko said today (1 July) government forces would renew offensive operations against rebels and “free our lands”, hours after a ceasefire to allow for peace talks with the pro-Russian separatists had expired.

Poroshenko, who accuses Russia of fanning violence in eastern Ukraine, dismissed Moscow’s offers to defuse the crisis, and blamed the rebels for failing to keep to the truce or follow a peace plan he had outlined.

“We will attack and free our lands. The decision not to continue the ceasefire is our answer to terrorists, militants and marauders,” he said in a televised statement delivered in front of the blue-and-yellow Ukrainian flag.

The announcement came after a four-way phone call with Russian President Vladimir Putin and German and French leaders aimed at helping end the crisis in Ukraine’s Russian-speaking east where government forces have been battling rebels since April.

Poroshenko had extended a government ceasefire last week until 10 p.m. (1900 GMT) on Monday to allow for peace talks with the so-called contact group involving separatist leaders, a former Ukrainian president, a senior representative of the OSCE rights and security body and Moscow’s ambassador to Kyiv.

“The unique chance to implement the peace plan was not realised. It happened because of the criminal actions of the militants. They publicly declared their unwillingness to support the peace plan as a whole and in particular the ceasefire,” Poroshenko said.

Moscow could face more penalties from the European Union on top of existing asset freezes and visa bans unless pro-Russian rebels act to wind down the crisis in the Ukraine’s Donetsk and Luhansk provinces.

Before his announcement, Poroshenko had met with security chiefs, some of whom had called against a ceasefire extension because of military losses and fears that the rebels were using it as an opportunity to regroup and rearm.

A statement tweeted by the Foreign Ministry said 27 Ukrainian servicemen had been killed and 69 wounded since the ceasefire began on 20 June.

Putin had urged during the telephone call for an extended ceasefire, a Kremlin statement said.

At Putin’s request, the Russian parliament last week revoked the right it had granted him in March to invade Ukraine in defence of its Russian-speakers.

Russian Foreign Minister Sergei Lavrov told state TV Moscow was ready to allow OSCE security and rights watchdog monitors and Ukraine’s border guards to enter the Russian side of the border for joint control. Kyiv accuses Russia of letting fighters and weapons to cross the porous border into eastern Ukraine.

“The revocation of permission [by lawmakers] to send Russian troops into Ukraine was positive but symbolic,” Poroshenko said. “We also did not expect any concrete steps on the de-escalation of the situation, including boosting control over the border.”

EU leaders said on Friday they were ready to meet again at any time to adopt more sanctions on Russia. Diplomats said they could target new people and companies with asset freezes as early as next week. More than 60 names are already on the list.

Although it has drawn up a list of hard-hitting economic sanctions, the EU is still hesitating over deploying them because of fears among some member states of antagonising Russia, their major energy supplier.

Poroshenko, who had been under Western pressure to extend the ceasefire, faced rising anger at home over the military deaths. Local media said hundreds of people had gathered outside of his administration building in Kyiv in anticipation of a statement on the fate of the truce.

In eastern Ukraine’s flashpoint city of Slaviansk, a rebel stronghold since separatists took over the city in April, shelling could be heard, though it was unclear from which direction it was coming from.

“There are no checkpoints here, this is a residential area. Who could be bombing us here? There is nowhere to go and no way to get there anyway,” said Natalia, a pensioner.

Poroshenko said he was willing to return to a ceasefire “at any moment” if it became clear that all sides were ready to carry out all aspects of the peace plan, including the freeing of hostages and creating effective border controls.

Ukrainian President Petro Poroshenko stated today in an address to the people:

“We will attack and liberate our land. Termination of ceasefire is our response to terrorists, insurgents, marauders, everyone who tortures civilians, paralyzes the economy of the region, disrupts payments of salaries, pensions, scholarships, blasts the railroad, destroys the water pipes and deprives people of normal peaceful life.”